People around the world associate nuns with women wearing concealing habits and long wimples. Little do they know that a small mountain nunnery in the hinterlands of Nepal house several dozens of sisters who practice a monastic way of life, but also something else.

This something else has little to do with modesty, chastity or prayers. Instead, it has turned over three hundred devout Buddhist practitioners into the most deadly women in the world. 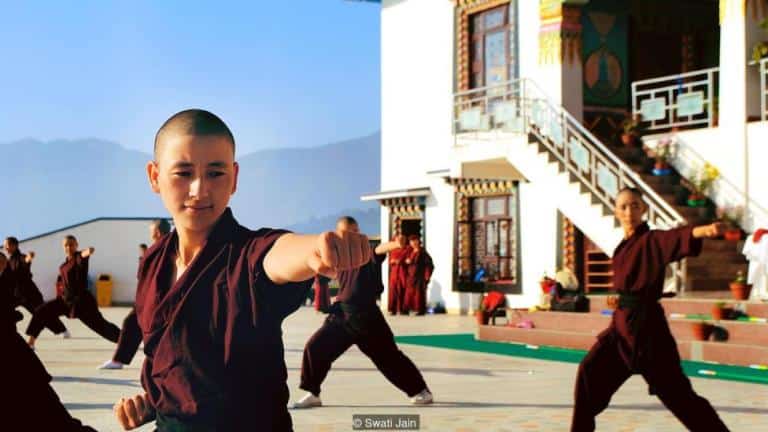 The Druk Gawa Khilwa nunnery in Kathmandu, Nepal is home to the largest collection of the most dangerous females in Asia. They live and breathe a martial art made popular by the late actor and master practitioner, Bruce Lee.

They are the Kung Fu Nuns of Nepal 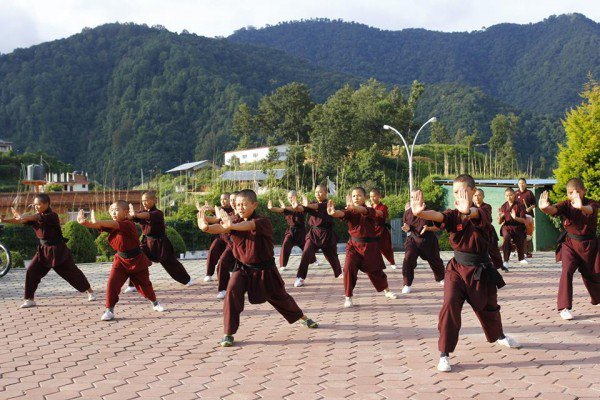 Unlike anyone would expect of a consortium of lethal women, these nuns do not use Kung Fu to hire themselves out as assassins or defend the Buddhist fate to the death. Instead, they use it to improve their meditation by focusing their attention on sequences of movements. 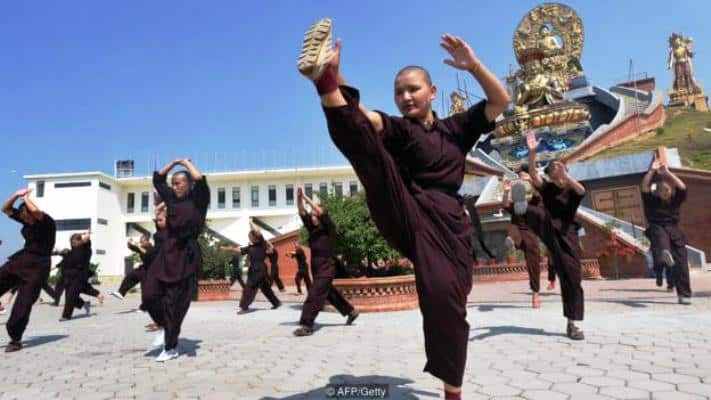 Back in 2008, the Gyalwang Drukpa, the spiritual head of the 800-year-old Himalayan-based Drukpa Order, changed these nuns lives completely.

His Holiness, the Tibetan Buddhist version of the Pope. 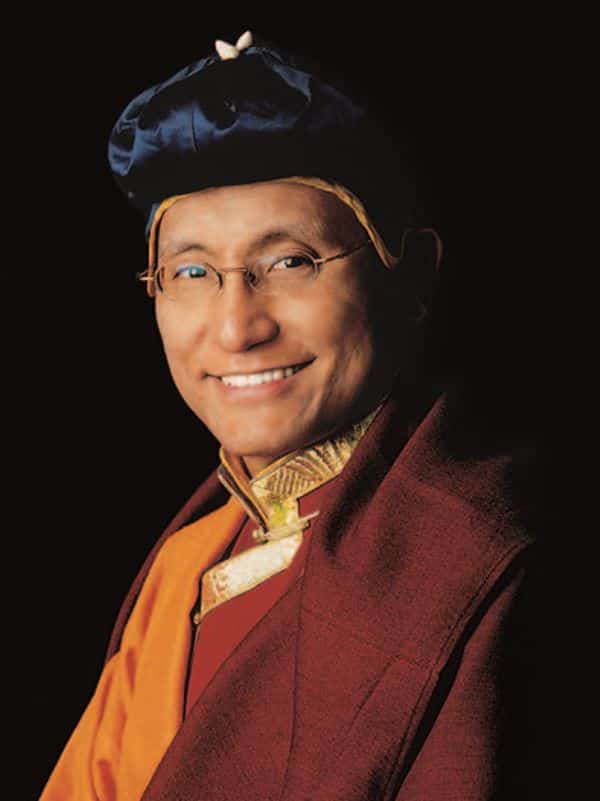 Inspired by Vietnam nuns who receive combat training from Viet Cong guerillas, he brought the idea to Nepal to encourage nuns there to learn self-defense.

In the Buddhist monastic system, women are considered considerably inferior to men. Male monks occupy most of the leadership positions, and nuns are relegated to household duties and other tiresome, insignificant chores.

The Gyalwang Drukpa’s revolutionary move to promote gender equality resulted in a paradigm shift in the heavily patriarchal religious structure.

It empowered countless young nuns who mostly come from poor families in India and Tibet.

They hold the distinction of being the world’s first order of Kung Fu nuns. 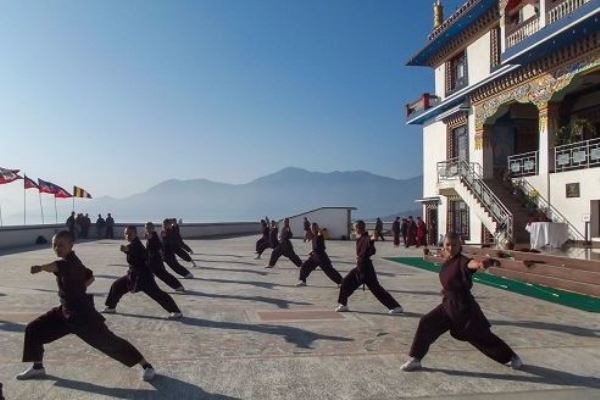 Dressed in identical maroon robes and sporting the shaved heads of their order, they perfect their postures, punches, hand chops and high kicks.

Interspersed with ferocious shrieks of “Hai!” 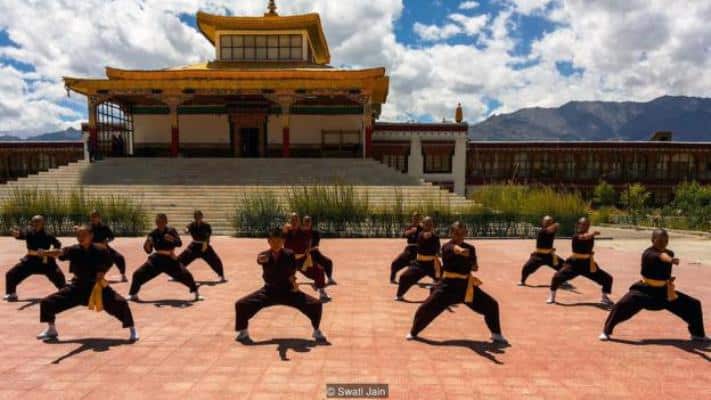 They also wield traditional weapons like the tong (lance), ki am (sword), the small dao (sabre), and big dao (halberd).

These mostly peaceful women can slice your head off. 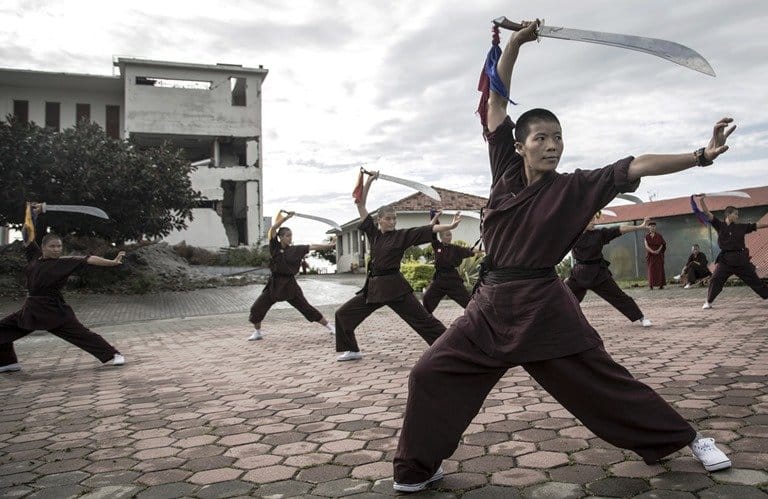 And of course, Bruce Lee’s weapon of choice: the nunchaku. 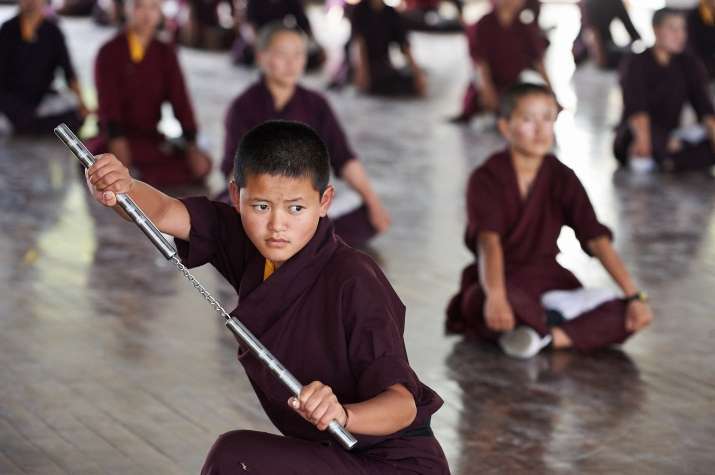 Needless to say, most of the nuns hold black belts, and many of them excel in another of Master Lee’s feats: 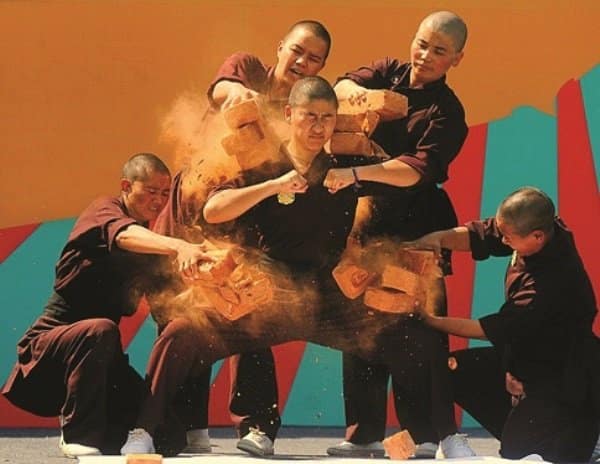 In fact, they often participate in the annual brick-breaking exhibition performed on the occasion of the Gyalwang Drukpa’s birthday.

For these young women, Kung Fu has gifted them with more self-confidence, helped them feel safe, and kept them strong and fit.

More importantly, martial arts has strengthened their concentration, allowing them to meditate for extended periods of time.

“I need to be constantly aware of my movement, know whether it is right or not, and correct it immediately if necessary.”

“I must focus my attention on the sequence of movements that I have memorized and on each movement at once. If the mind wanders, then the movement is not right or the stick falls. It is the same in meditation.”

Jigme Konchok, a nun in her early 20’s who has been a Kung Fu practitioner for five years said.

“It’s good for our health. Meditation is very difficult and if we do kung fu, then afterward meditation becomes much easier.”

This coming from a 16-year-old nun, Rupa Lama who has been practicing the martial art for six years.

Kung Fu has empowered the nuns so much, they have become more active participants in community development. In April 2015, a massive earthquake rocked Nepal. Instead of evacuating to safety, these nuns fanned out to nearby villages and helped survivors by pitching tents and distributing food.

They also cleared pathways of rubble. 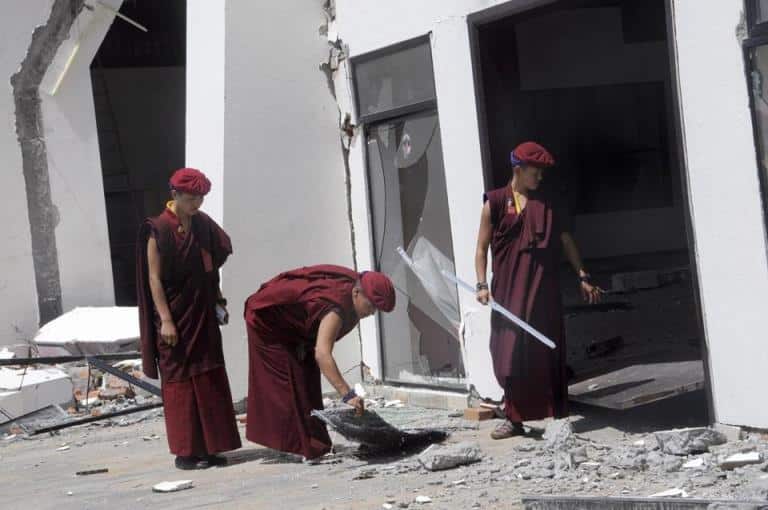 Recently, led by His Holiness, the Gyalwang Drukpa himself, they cycled 2,200 kilometers (1,370 miles) from Kathmandu to Delhi, India to encourage environmental awareness and spur the movement to use bicycles instead of cars.

Giving Tour de France a run for their money. 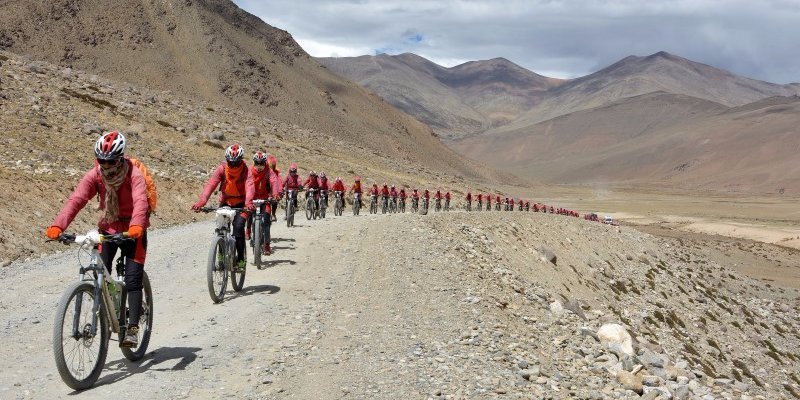 Kung Fu isn’t the only highly functional skill the bhikkhuni have. The nuns are proficient in electrical fitting, plumbing, and typing.

Not only can they hammer fist you, they can electrocute you, as well. 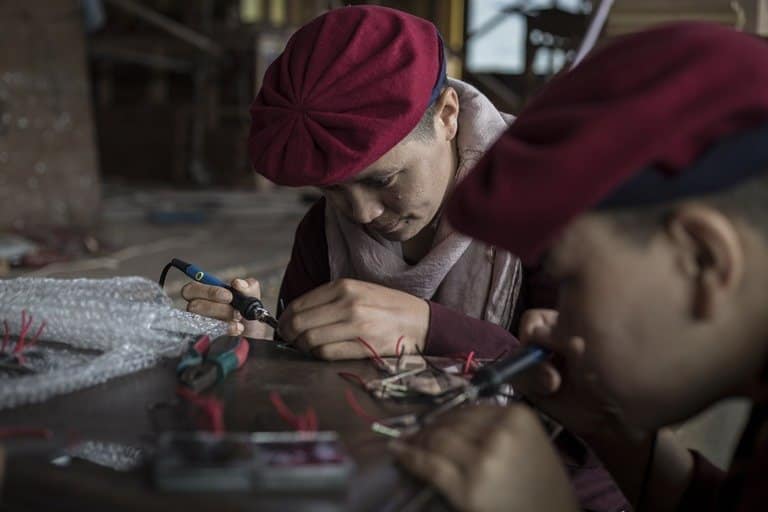 They lead prayers, take English and managerial classes, and run the nunnery’s guesthouse and coffee shop. They even drive 4×4’s down the Druk Amitabha mountain all the way to Kathmandu, 30 kilometers (18 miles) away to buy supplies. They also visit violence-plagued areas, like Kashmir, and hold seminars on diversity and tolerance.

Running deep in their agenda is promoting female empowerment.

Because what hardy fool would challenge a nun and her Kung Fu? 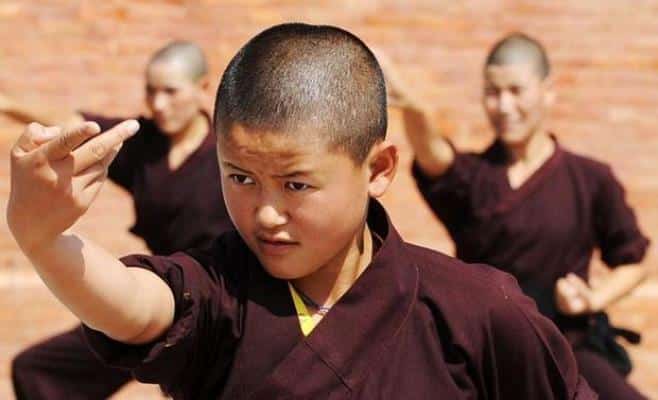 Or any female mentored by said nuns, for that matter.

“Kung Fu helps us to develop a certain kind of confidence to take care of ourselves and others in times of need.”

And indeed it does. 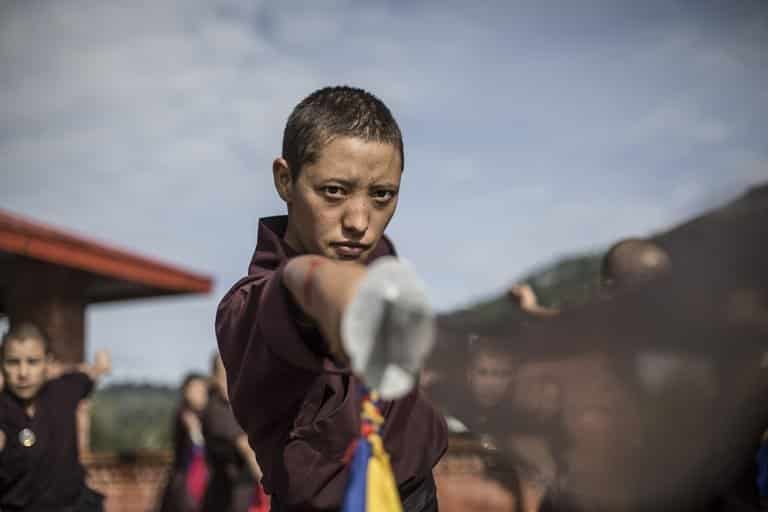