He was too poor to afford a motorcycle, so he turned his talents to the next best thing available.

We’ve heard of stunt car drivers and Evel Knievel-type bike daredevils showing off their daring skills on motor vehicles. They speed on two wheels, and often even on one, revving up and down cliffs, steep inclines, sometimes even flying through the air.

One man took it a step further and harnessed all his stunt driver ambitions into his vehicle of choice…which isn’t even technically a vehicle at all, but a piece of farm equipment.

This young farmer performs wheelies on his tractor! 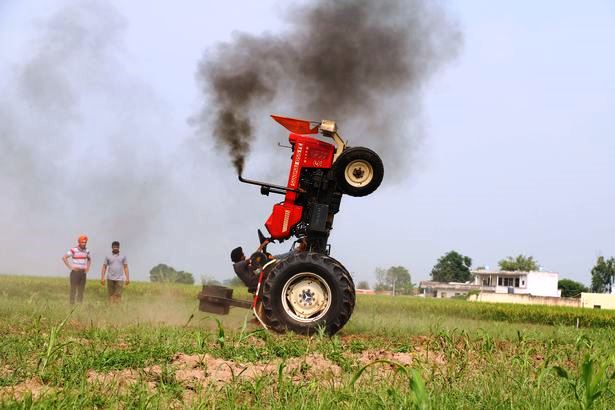 When you’re a relatively young person living and working in the rural countryside, sometimes boredom can get the better of you.

This probably was the case for Gaggi Bansra, a 21-year-old farmhand working his father’s fields in Punjab, India.

Four years ago, young Gaggi dropped out of college and went back home to help his dad irrigate their farm. Too broke to buy a motorbike but harboring dreams of burning rubber on his own Harley, Gaggi turned to the nearest vehicle available. 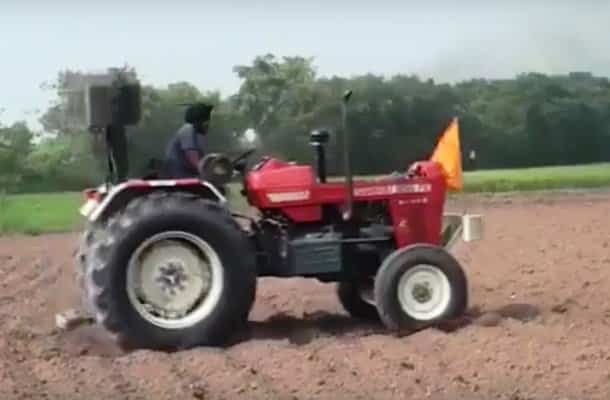 Gaggi had never heard of or seen any videos of stunts performed on heavy farm equipment before, but that didn’t stop him from following his dreams. 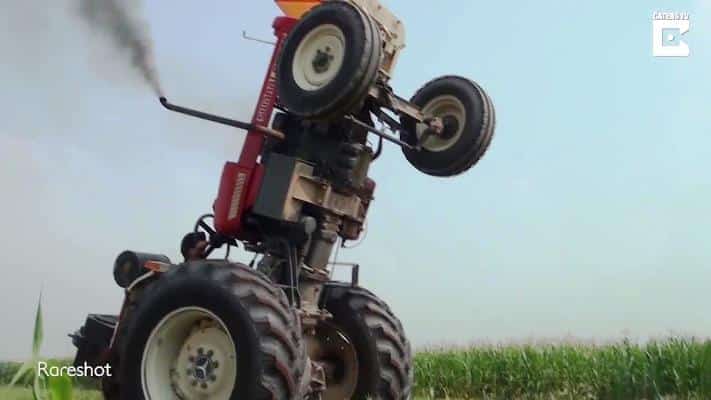 “I would be honest, I miserably failed the first day as the tractor was heavy and it did not even come off the ground.”

His first few tries were complete fails, but Gaggi was young and he had huge fields of green all around him. He kept on practicing and, within three months, had perfected his first one-ton wheelie act, maneuvering the 2,000-pound motor monster up on its hind wheels. 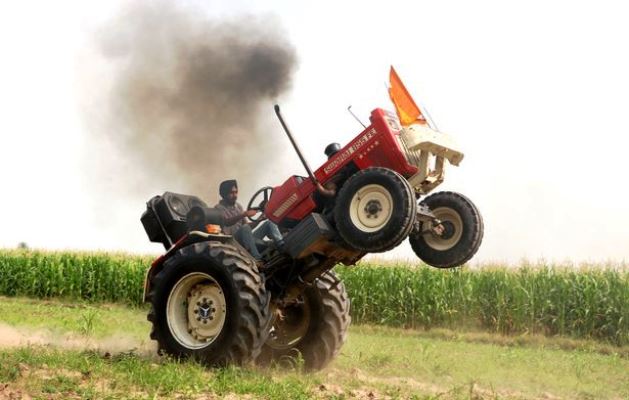 Soon, he started showing off his skills to pals and farmers from neighboring fields. It wasn’t too long before people started showing up from other villages to come watch the daring tractor thrill-rider and his smoking heavy metal sidekick.

At first, his father was against Gaggi’s tomfoolery. Tractors aren’t cheap in India and they weren’t wealthy landowners.

“My father had opposed my passion because he feared that it is life-threatening and the stunts can even damage the tractor.”

But Gaggi’s fame spread far and wide, and fair organizers kept inviting him to perform his stunts on their showgrounds.

People paid as much as £176 (US$239) to watch him wheel around on his heavy farm equipment.

As the money came pouring in, his father’s protests quieted down. 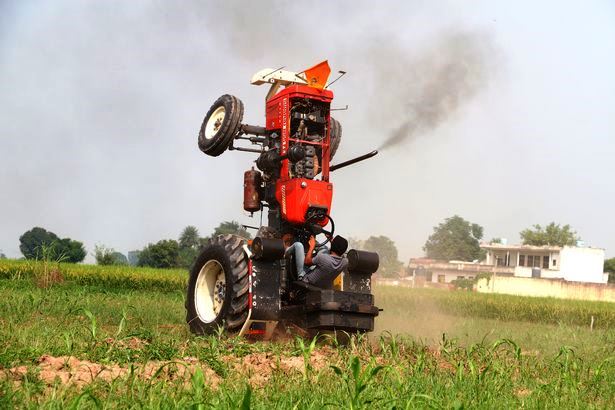 “I am happy that I could prove my mettle and made him proud of me.”

Gaggi has been performing his tractor wheelies for four years now. While his dream of motorcycle stunt riding may have receded, a new goal is keeping his fires burning.

“My aim is to get my name into Guinness World Records. I want the world to see what I can do with my mean machine.”

With this kind of ambition and the drive to succeed (pun intended), it won’t be long before Gaggi achieves his quest for immortal fame as the first tractor stunt rider.