Survival of the fittest has never been so awesomely gruesome.

In the wild, the survival of the fittest is sometimes a graceful ballet of eat or be eaten – but it can often be horrifying for the earth’s most recent tenants, us, tenderfoot humans. Animal behavior both fascinates and frightens us, especially when it involves death.

In this particular instance, a tourist guide captured the terrifying fight to the finish between an oversized fur seal and a huge octopus. The encounter occurred in the middle of New Zealand’s South Bay with a lot of thrashing and flying animal bodies.

Kaikoura Kayaks guide Conner Stapley was minding his own business on the water on South Island, New Zealand recently while guiding three other kayakers when he saw a flock of seabirds flying over a spot in the water.

They soon witnessed violent splashing in the same area. 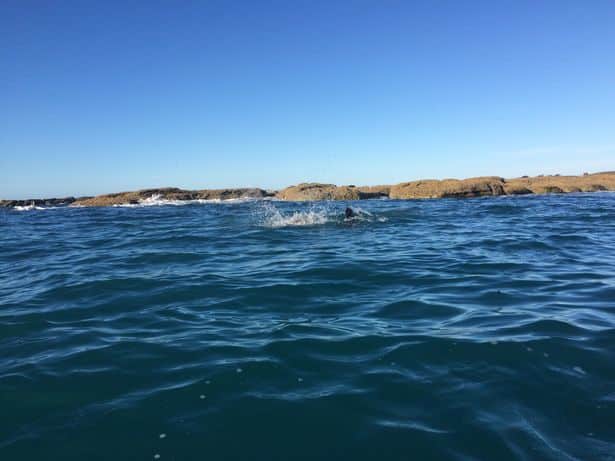 Quick-thinking Conner, not wanting to miss an aquatic phenomenon, immediately took out his iPhone to document whatever was happening right before his eyes.

They beheld a ferocious fight that left them gaping in wonder and horror. 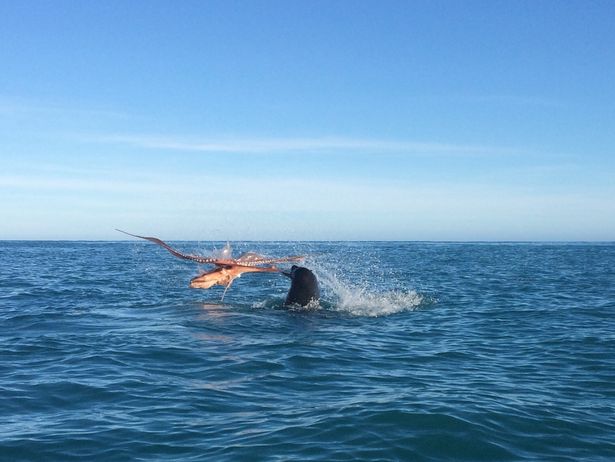 An adult male fur seal, estimated to have weigh as much as 265 lbs. (116 kilograms), engaged in a dramatic wrestling match with an equally huge octopus.

“It was definitely one of the biggest octopuses I have ever seen.”

Conner soon realized the massive seal had set its sights on the octopus for its midday meal, and the battle for survival was on.

Apparently, the seal dove down to the depths and dragged the octopus up from the ocean floor for lunch. Octopi just happen to be seals’ favorite sashimi dish of choice, and the aquatic mammals can consume up to 7 kilograms of their tentacle food staple.

Gifted with front row seats to the gruesome combat, Conner and the three tourists gaped at the sight in front of them.

“It is quite rare to see something like this and rarer at this time of day – normally you would see New Zealand fur seals feeding in the evenings.”

At one point, the octopus threw itself in the air to escape but the determined seal was hungry and dove after it.

The dance of death. 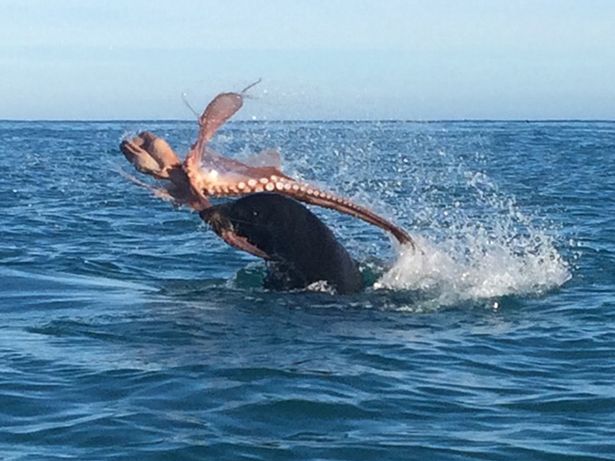 The fight lasted a whole 20 minutes, with Conner filming the whole thing on his iPhone. In the end, the octopus was no match for the ravenous seal.

“The seal was shaking with its favorite chew toy.” 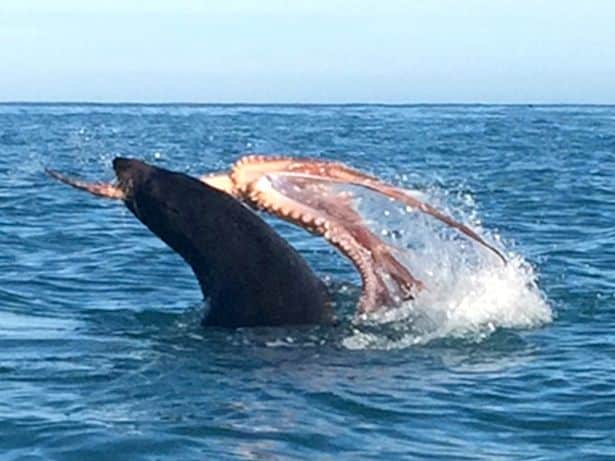 Eventually, the seal ripped the octopus’ tentacles apart in a gristly finish to a brutal fight-to-the-death.

One thing is for certain, Conner and the three tourists witnessed an encounter they would not soon forget.