Living in a Barbie World: Singaporean Man Has More Than 9,000 Dolls

Because who wouldn’t want thousands of pairs of blue eyes adorably following you around in an empty house.

Some children are passionate about Barbie dolls. They’d collect them, dress them, accessorize them, and endlessly bug their parents to buy them more. Others put their Barbie doll collection to a good cause to help countless girls like themselves.

On the other hand, there are some who collect Barbie dolls just for fun. Perhaps for the pleasure of contemplating the impossibly ideal measurements that are Mattel’s standard for their flagship product. Or maybe they just enjoy playing with 10-inch plastic female figures.

Even if they are a grown-ass person. Like Jian Yang here. 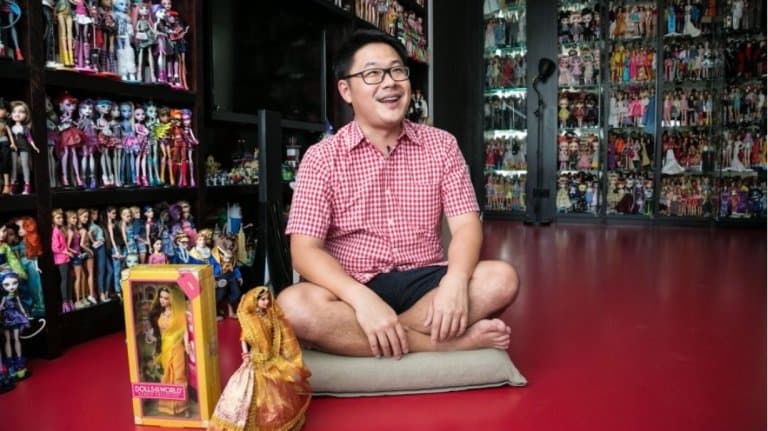 Jian Yang is an obsessed man. And he is obsessed with amassing the largest collection of Barbie dolls on the planet.

As it is, he is the proud possessor of over 9,000 Barbie dolls. They fill the walls of his home from floor to ceiling.

And he has no plans of stopping the deluge! 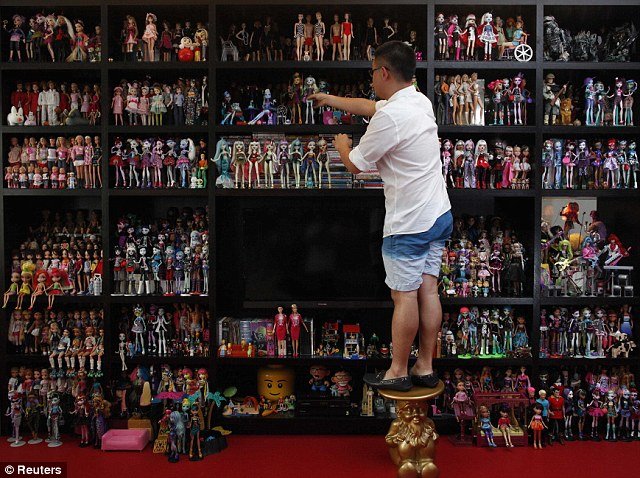 It began at age 5 when the young Singaporean boy bought Great Shape Barbie dressed in a turquoise Spandex gym outfit with rainbow striped leg warmers. It was a nose-thumbing move against his parents who initially wouldn’t allow him to buy the doll he had seen on TV when he was younger.

As soon as he started getting an allowance, the first thing he bought was a Barbie doll.

No one forgets their first love. 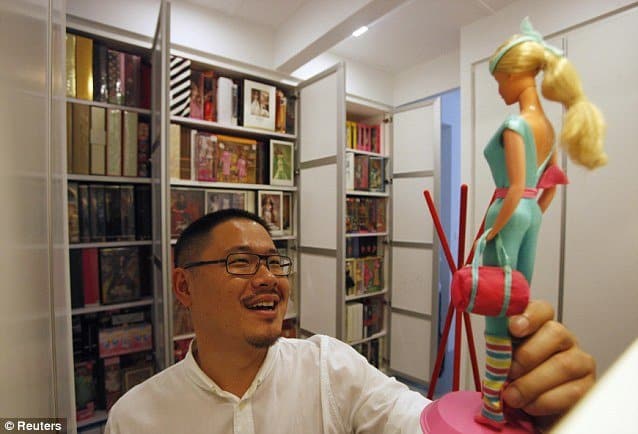 But Yang didn’t stop at just one doll to satisfy his curiosity. That one purchase started what he calls his “crazy obsession” with Barbie. 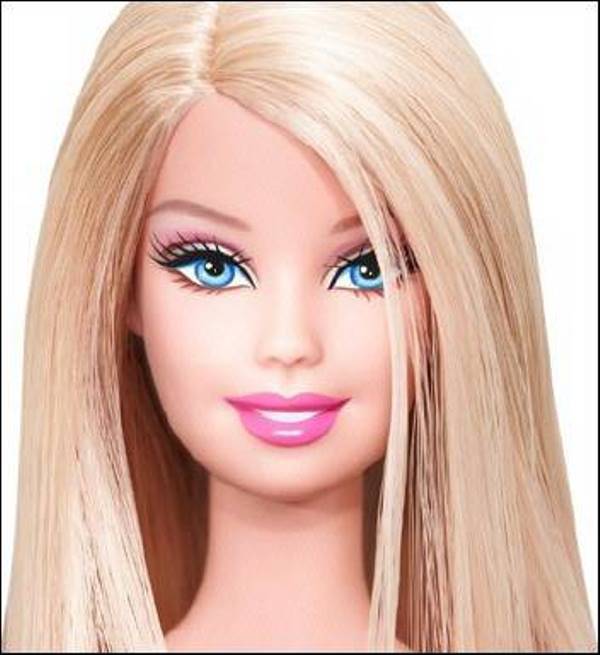 Now 33, Yang has channeled his obsession into a career as Director of Strategy at Omicom Media Group, a global advertising, marketing, and corporate communications company.

Where he most likely hopes to land Mattel as a client, if he hasn’t already. 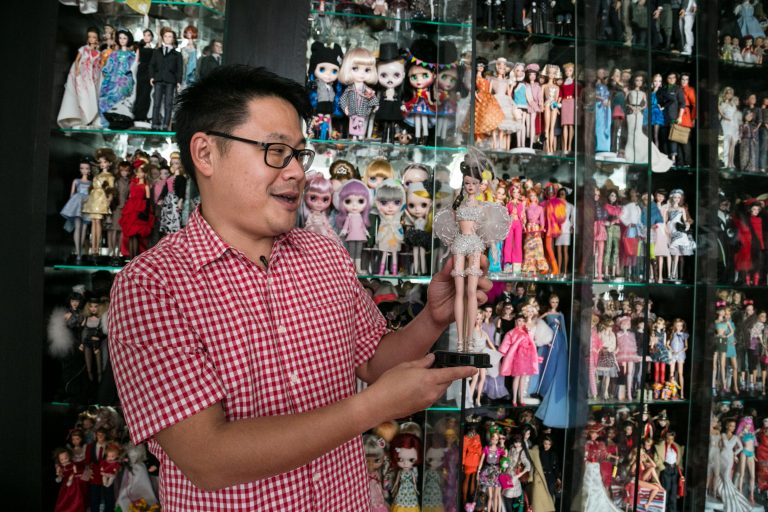 These days, Yang’s family and friends are resigned to his obsession. When they visit his townhouse, they mentally prepare themselves to be assaulted with Barbie’s signature color, Pantone 219 C.

Because naturally Yang painted his floor a vivid pink to better showcase his collection. 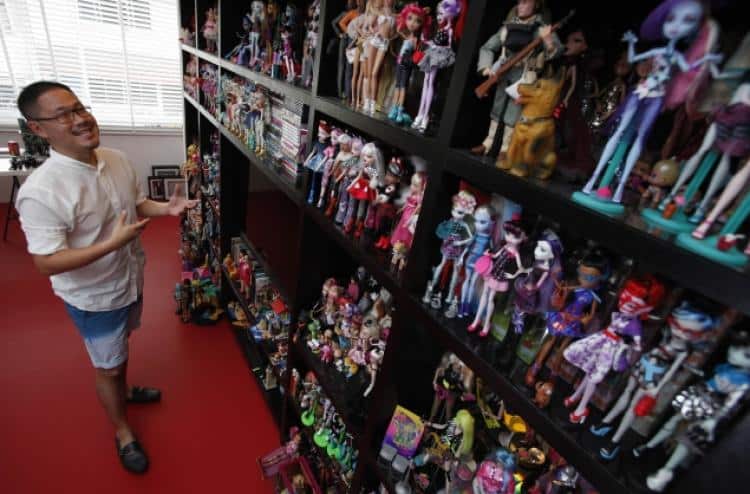 All painstakingly arranged and meticulously dusted by the O.C. doll collector himself. 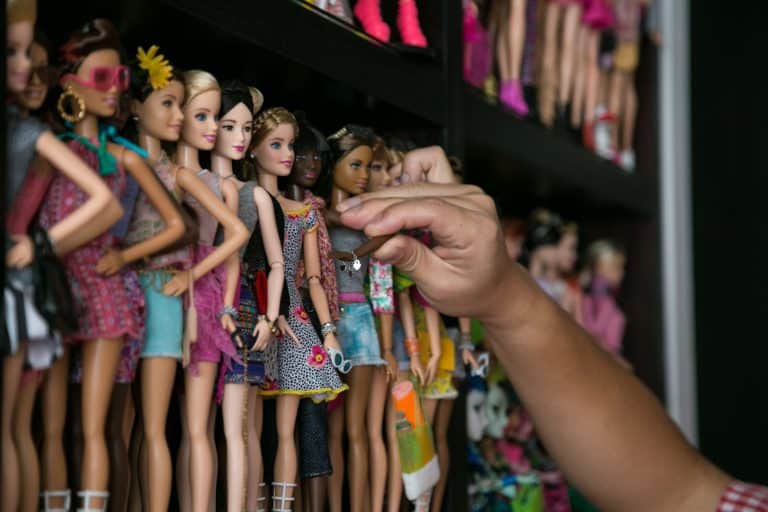 In total, Yang has spent 20 years and over US$500,000 in Barbie dolls. In fact, he admits he has lost girlfriends over his collection.

I’m very into amassing. I’ve also got the ex-girlfriends who get insecure about this kind of stuff … They look at dolls and go ‘OK, that’s the competition’, which is quite troubling but it’s a reality.”

All those eyes boring into them with Barbie’s vaguely threatening gaze. 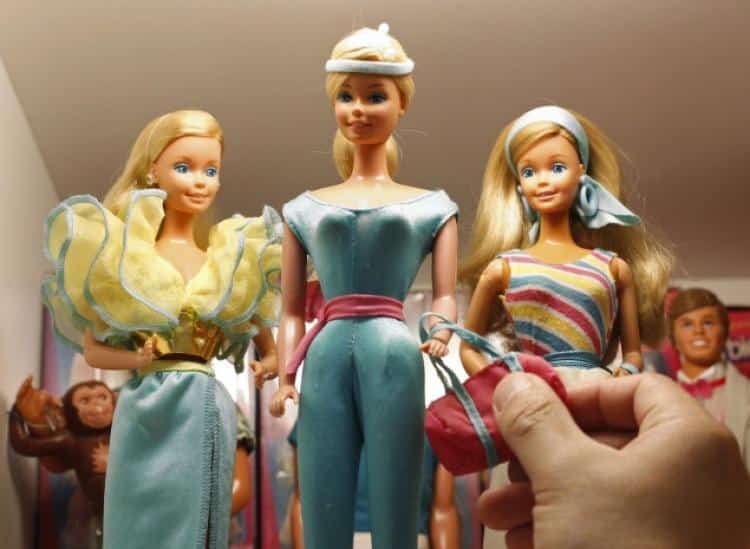 Despite his obsession, Yang isn’t timid about branching out.

He has Mattel’s entire Bratz, Monster High, and Jem and the Holograms series. 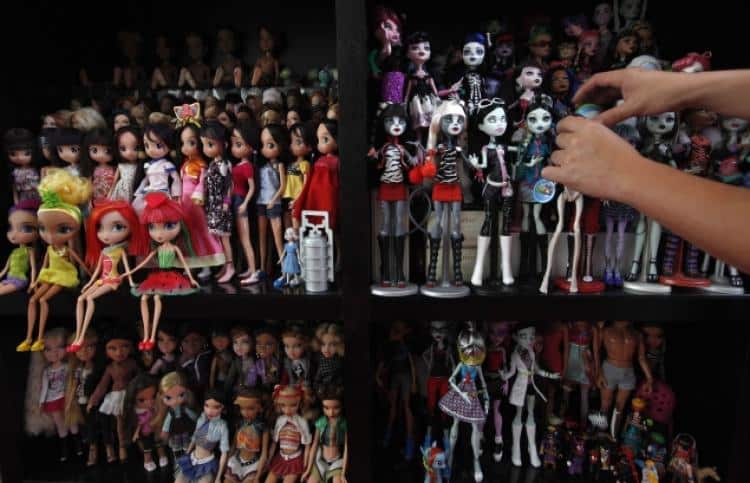 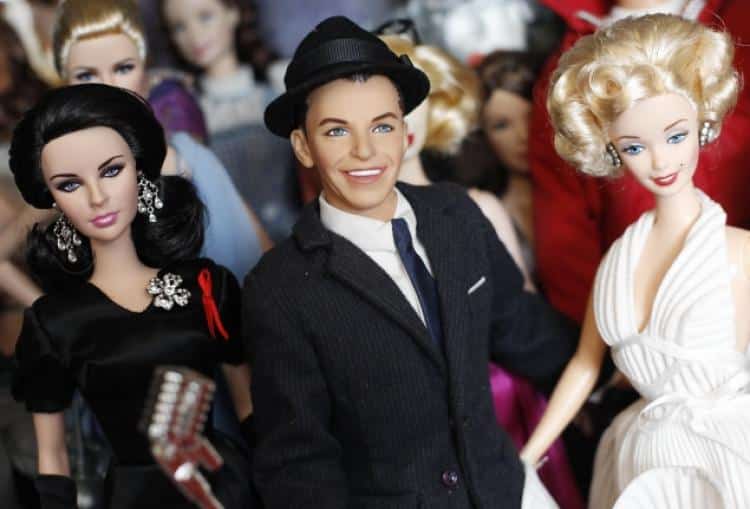 And let us not forget the late unlamented Osama bin Laden. 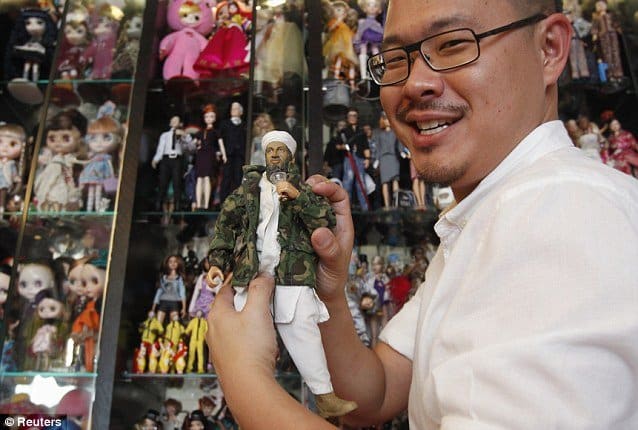 Yang is young. He has no plans of stopping. During his last New York trip, he came back with 65 dolls. He continues perusing auction and online sites for more.

And if he finally runs out of space?

“I’ll buy the other house,” he points next door. 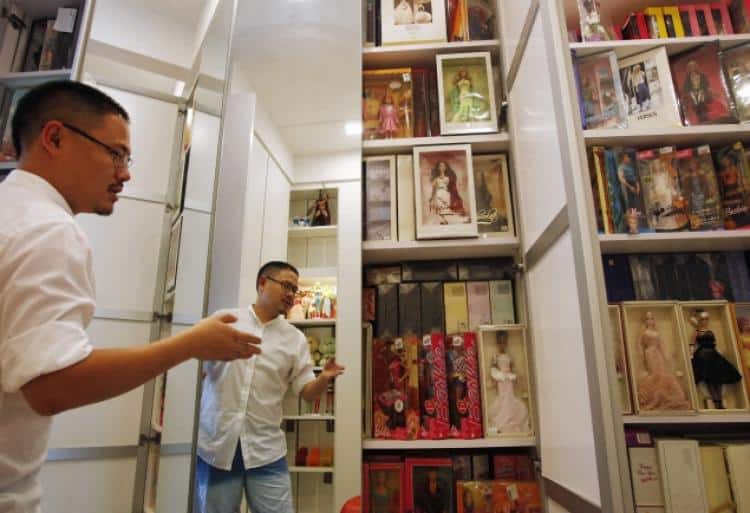