Who knew whales could “dance” in pure joy?

A family and their friends on vacation on their boat off the coast of California came upon something so heartbreaking they just had to step in and help. While on a whale watching expedition, they passed a beautiful humpback whale tangled in some fishing nets and struggling to get free.

The whale’s tail and flippers were caught in the nets, and the stressed creature was floating on the surface of the water.

At first they thought it was already dead 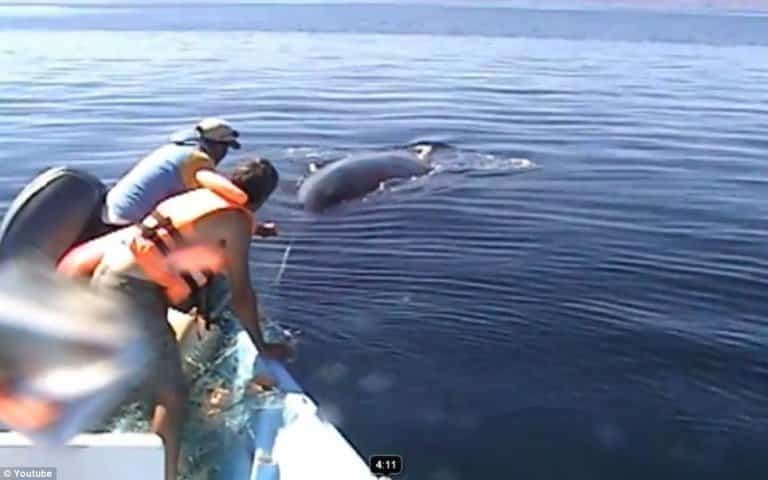 However, struggles from the whale convinced them otherwise.

Knowing the humpback would eventually die if they didn’t help, the male members of the group dived into the water to help. Those left on the boat called out encouragement while capturing the whole rescue attempt on camera. 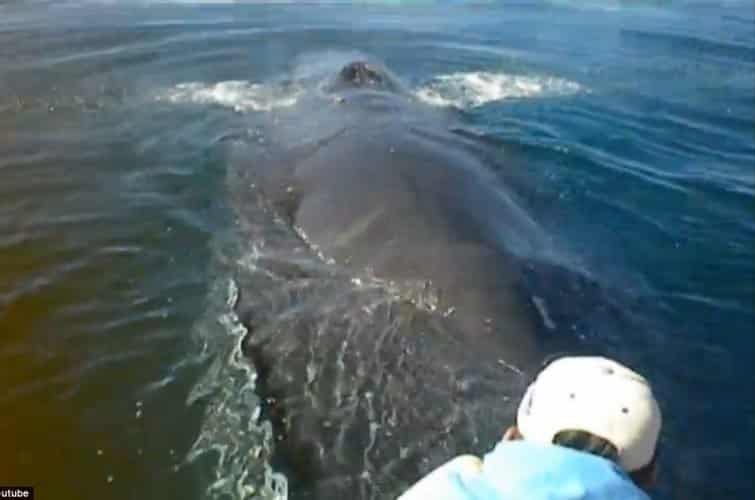 Michael Fishbach and two of his friends snorkelled their way to the distressed whale where they discovered its tail was so entangled by about 15 feet of fishing nets.

“As I swam alongside the animal our eyes met. ‘There were no words we could share but I wanted to let the whale know that we were there to help. It took some effort to stay focused given the great emotion of the moment. The sight of this large and beautiful creature trapped and so close to death was almost overwhelming.”

Michael was initially apprehensive because he knew the frightened whale could panic and swipe them with its tail.

It could even overturn the boat in its struggles. 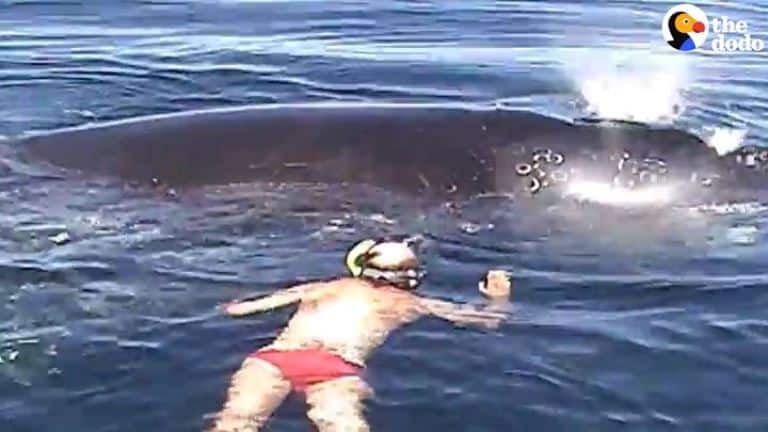 But everyone was determined to set it free, so armed with only a small knife, the rescuers went into action.

Soon, they had the humpback’s fins free from its woven prison. 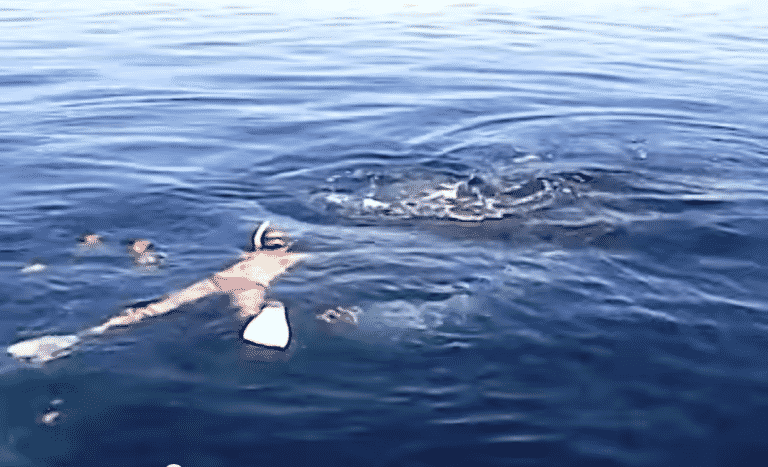 Sensing freedom was at hand, the whale swam away, pulling the boat along with it. However, it eventually resurfaced, and Michael and his friends cut the remaining netting away.

An hour later, the humpback whale was free. To everyone’s amazement, the creature began an amazing display of water acrobatics right in front of their very eyes.

A newly freed and ecstatic whale. 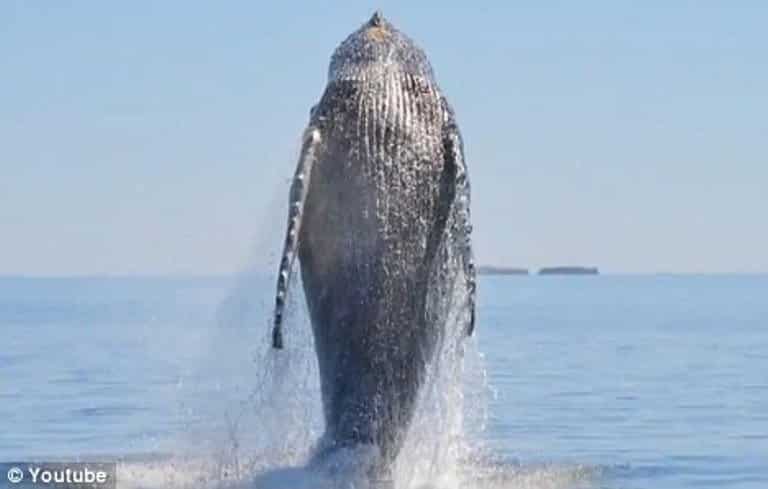 For a whole hour, the whale breached the surface of the water about 40 times, swishing its tail as if waving at them.

As if it were thanking them in the best way it knew how. 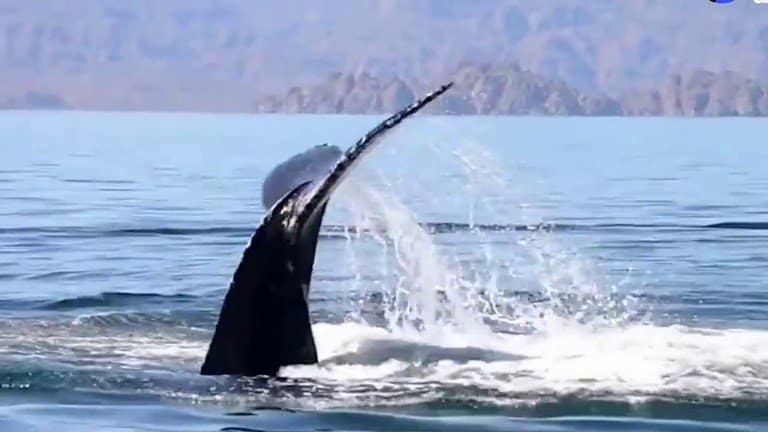 In the video, one of the younger holidaymakers on board is heard saying:

“I know what she is doing. She is showing us that she is free.”

“I think she is showing us a thank you dance.”

Michael, a co-founder of the Great Whale Conservancy (GWC) Blue Whale Protection Program, which protects whales along the California coast, was overwhelmed, as well.

“We all believed it was at least a show of pure joy, if not thanks. We were all proud and thrilled that we saved this fantastic young life.”

“It was an incredible experience that none of us will ever forget.” 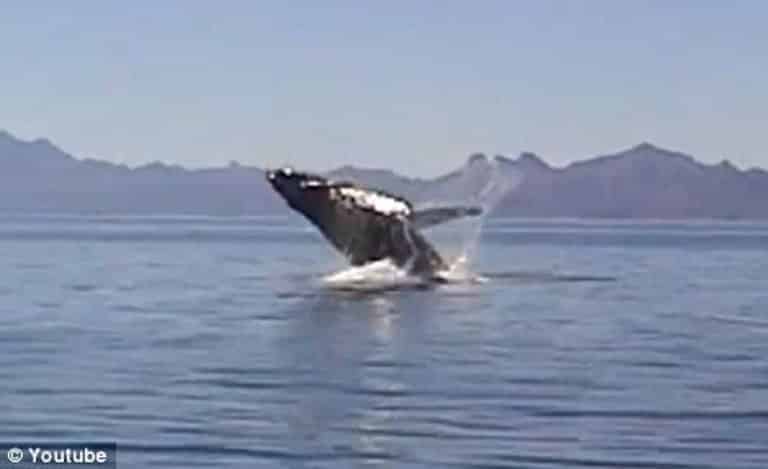