Hippo Saves Antelope from Wild Dogs, Only to Turn Against it Afterwards

This predator versus prey story features a third party, and an unexpected twist.

Hippos are classified as among one of the most dangerous animals in Africa. Humongous and highly aggressive, they are very territorial and attack other animals if they feel threatened. They are even known to assault boats in the water and humans on land.

In South Africa, one particular hippo appeared to behave contrary to its nature when a pack of wild dogs chasing an antelope drove it into the hippo’s mud bath.

The antelope suddenly found itself “between a rock and a hard place.” 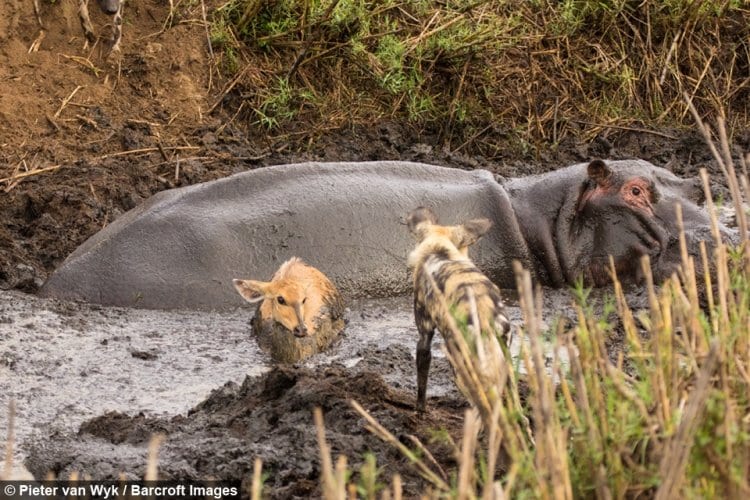 Hippopotamuses are herbivores and don’t consume other animals, so when the wild dogs cornered the female bushbuck antelope into its mud wallow, that threatened its territory.

At first, the hippo ignored the antelope sharing the same mud wallow for protection. Because of its bulk and its fearsome reputation, the wild dogs couldn’t come any closer, lest the hippo turn on them. 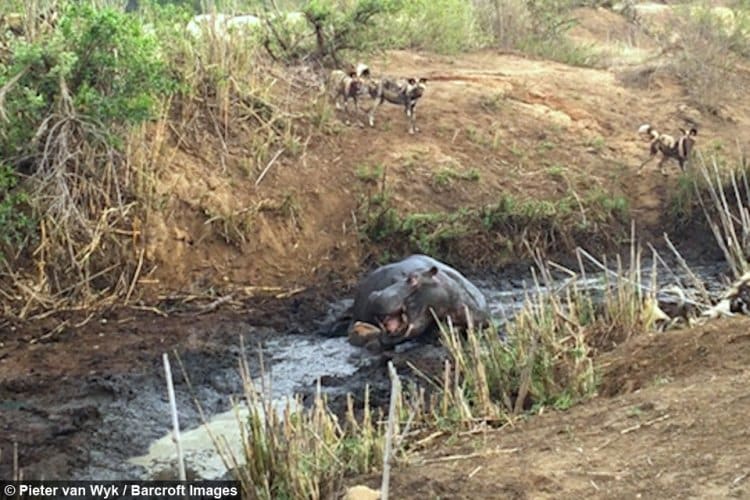 For the moment, the hippo became the hero of this narrative for keeping the antelope safe.

Unfortunately, the wild dogs wouldn’t give up. They surrounded the mud wallow, waiting for their chance to snag the antelope as soon as the hippo turned its back. However, it was drought season, and water was hard to come by.

The hippo wasn’t about to give up his place of relaxation. 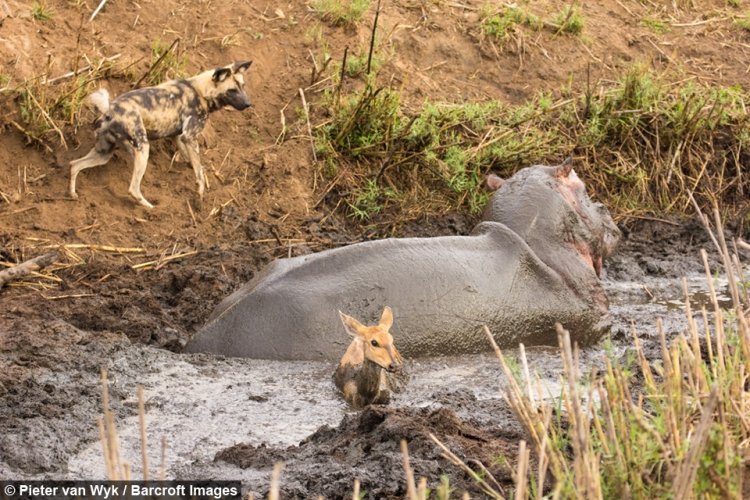 Fed up with the dogs circling its chosen territory, the hippo turned on the hapless creature seeking asylum. 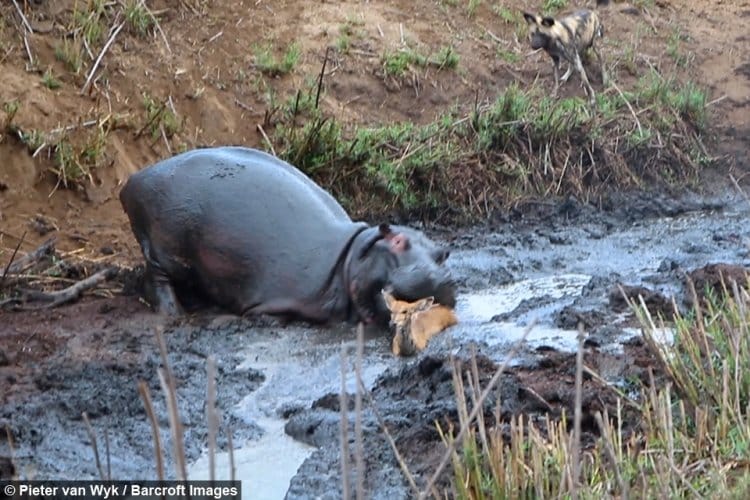 With one savage bite, it killed the antelope. 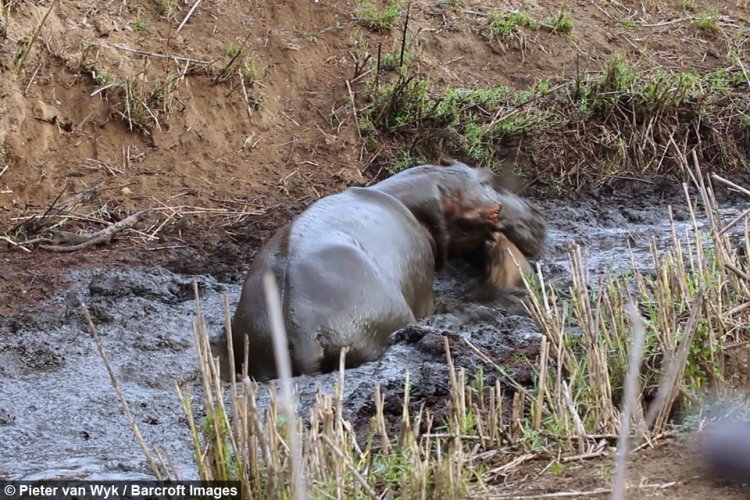 Then the hippo threw the body to the dogs, all of which promptly converged and made themselves a meal.

They devoured the antelope in a matter of minutes. 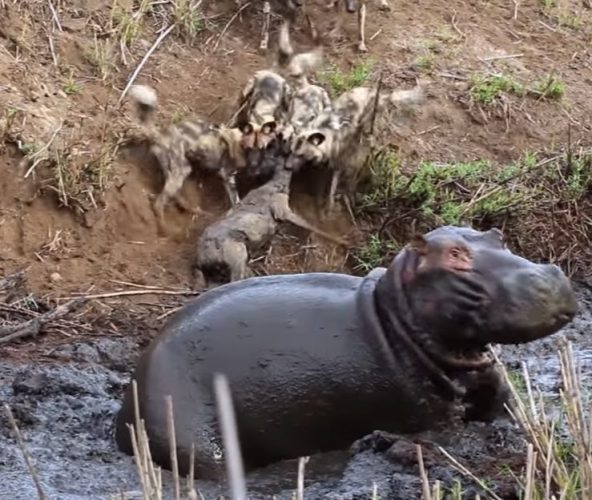 The hippo may have become the accidental hero of the moment for providing protection for the antelope, but the circling dogs caused it to lose its temper.

To reclaim its territory, as well as a measure of peace, it sacrificed the antelope and got its wish to be left alone in privacy.

Such is cruel nature of life in the wild.