Doctors Extract a Live Squirming Cockroach from a Woman’s Skull

The creepy crawly crept up her nose while she slept and made itself a cozy nest at the base of her skull.

People have derided cockroaches for hundreds, if not thousands of years. They’re wily, sneaky, disease-causing, and disgusting. Some infest and eat away at homes from the inside out and others offer their human detractors very painful bites. In India, however, one cockroach decided a live person would make an ideal host.

A 43-year-old woman arrived at a Chennai hospital complaining of a “burning” ache in her head. She reported having woken up in the middle of the night when she felt a “crawling sensation” up her right nostril.

Imagine one of these living inside you. 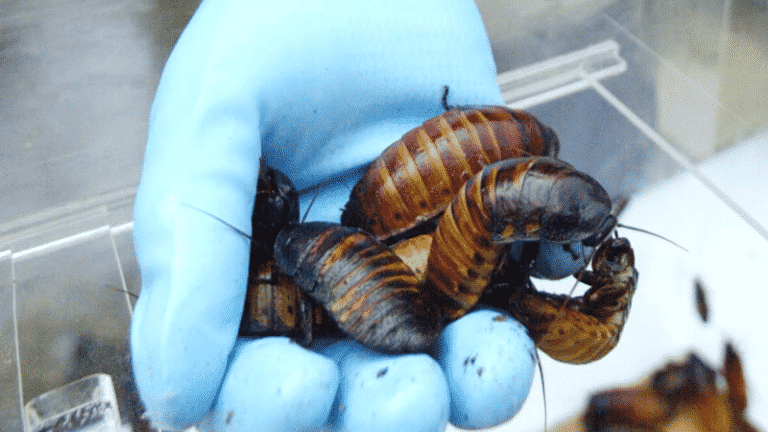 Selvi, a domestic helper from Injambakkan, rushed to the nearest clinic with her son, but medical personnel there couldn’t find anything wrong.

Still feeling ill the following day, she went straight to the state-run Stanley Medical College Hospital in Chennai. She said:

“My immediate reaction after feeling that crawling sensation in the right nostril was to brush it off in half sleep.

But before I could do anything, it went inside. I could not explain the feeling but I was sure it was some insect.

There was a tingling and crawling sensation. Whenever it moved, it gave me a burning sensation in my eyes.”

Doctors were stunned to find a live cockroach squirming inside her skull!

They had to insert clamps and a sucker into her nose to extract the roach from her head.

And lost no time in removing the offending pest. 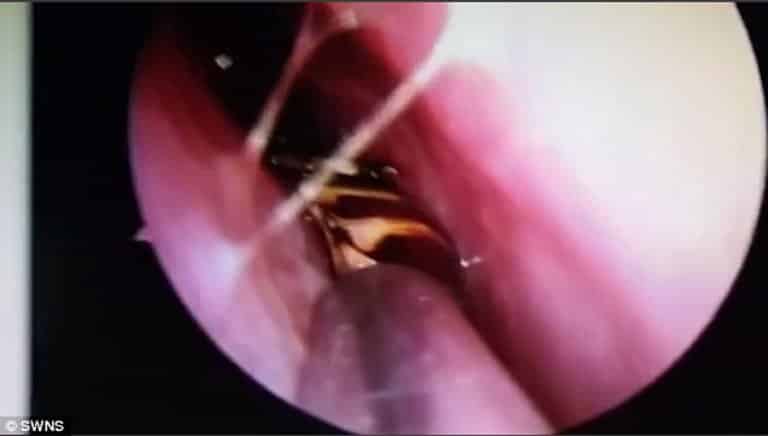 The live roach was sitting in the base of her skull, just between her two eyes, and quite close to her brain.

“This is the first such case I have seen in my three decades of practice,” Dr. M.N. Shankar, the hospital’s ENT department head said.

It took 45 whole minutes to get this sucker out. 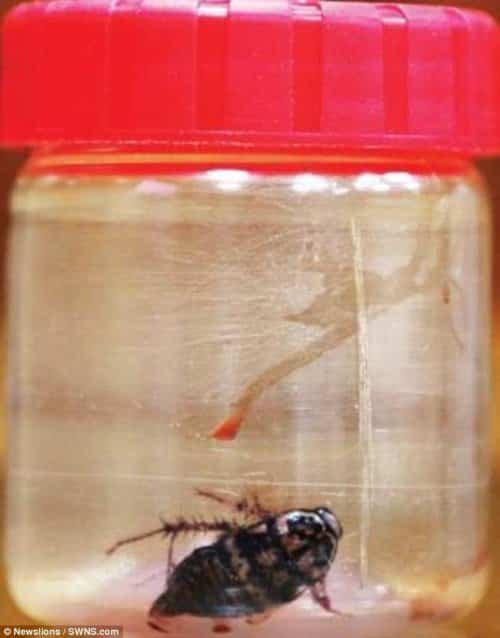 “If left inside, it would have died before long and the patient would have developed infection which would have spread to the brain.” Dr. Shankar explained.

Selvi would have died without quick medical intervention. 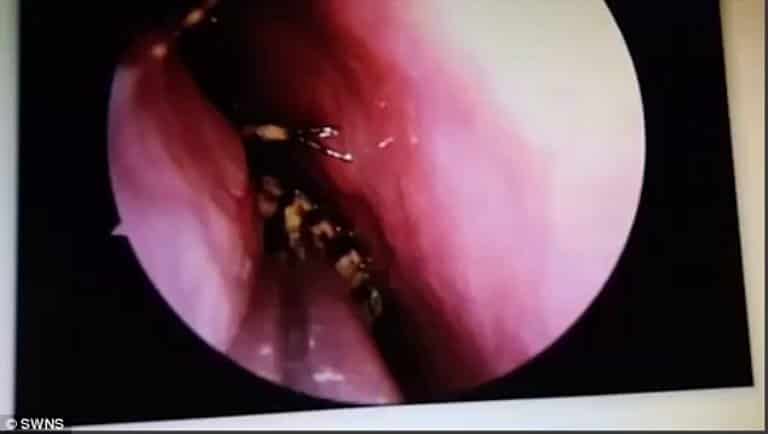 The cockroach proved difficult to remove, and a bemused Dr. Shankar first had to drag it in a position where he could successfully pull it out.

Watch this video on how the doctor did it:

Beautiful India is infamously known for its garbage pollution and unsanitary surroundings, so it may be safe to assume the extracted roach wasn’t a particularly hygienic insect.

No further news was heard from Selvi after the extraction procedure, and it is hoped she hasn’t contracted a brain infection from her harrowingly crawly experience.