No pun intended but this guy has his sights set on getting a world record!

They say eyes are the windows to the soul. Wide and expressive eyes display this the most of all, and a lot of people take pains to accentuate the beauty of their eyes to appear attractive. On the other hand, there are some individuals who possess peculiar eye talents worthy of a cringe-inducing double-take.

Pakistani teenager Ahmed Khan is one such individual. The 14-year-old student has gotten everyone’s attention after he posted a video of himself doing an eye-pop.

It’s unsettling to say the least. 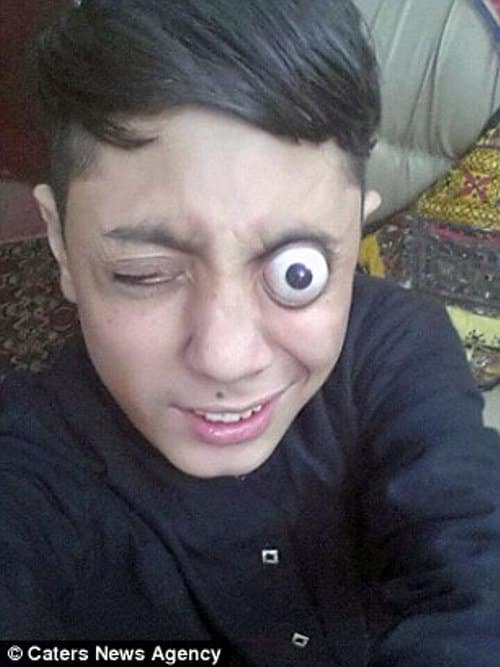 Ahmed is a student at a local school in Lahore and he discovered the unique feature in his heavy-lidded peepers not too long ago.

“Last year, I was doing something and I touched my eye and the eyeball popped out.”

At first the teen thought he had damaged his eyes and the prospect scared him really bad. After a couple of moments, he realized everything was well with the world.

“I tried popping the other eye out and I was successful. This seemed fun and after trying a couple of times I got used to it.”

Ahmed’s soulful eyes can pop out an alarming 10mm! 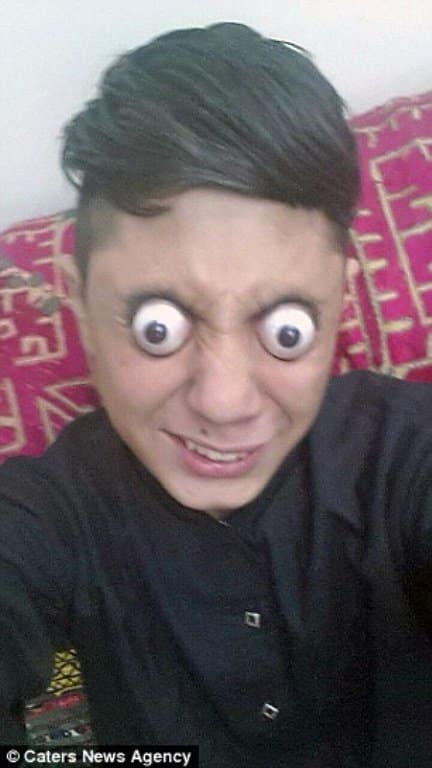 He is so confident about his eye-popping abilities that he’s set his sights – no pun intended – on making it to the Guinness’ Book of World Records.

The current record for eye-popping currently belongs to a U.S. girl, Kim Goodman, who can extend her eyeballs out of their sockets by 12mm.

Needless to say, Ahmed instantly became a very popular figure in school, thanks to his unique talent.

He looks like any normal teenager until he gets to work on his peepers. 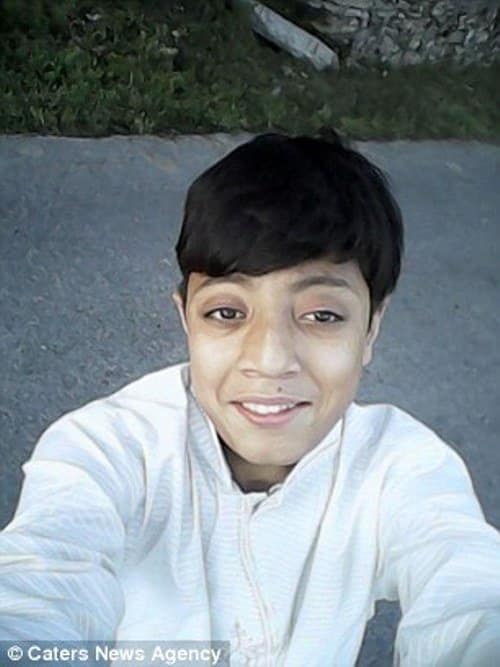 In fact, he finds it amusing to scare the little kids in school when they run away from him after seeing his eye-popping feat.

“Even the girls in school get scared. They think that my eyes will fall out into my hands or something.”

Initially, he appears to be trying to gouge his eyes out from beneath his upper lids. The “eek” factor emerges when his huge eye balls pop out, making him look like a cartoon character.

It’s reminiscent of the CGI special effects from the 1994 film, “The Mask.” 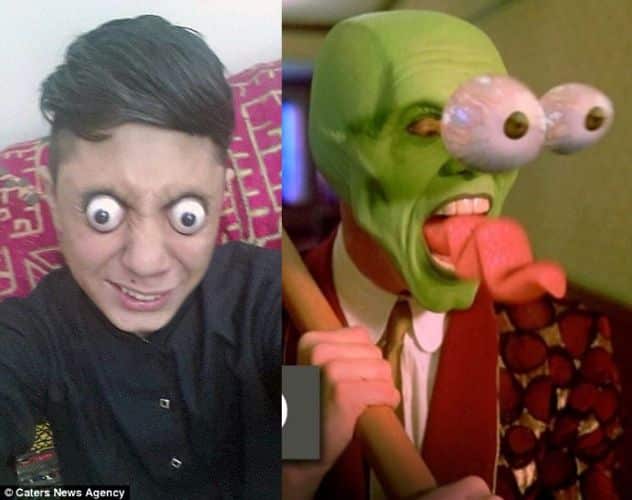 Ahmed has never consulted an ophthalmologist for any side effects stemming from his eye-popping skills. Aside from getting watery eyes if he performs his peeper popper stunts for too long, he hasn’t reported any sight problems.

“God has given me this talent so I am sure he would take care of my eyes, too” he said. 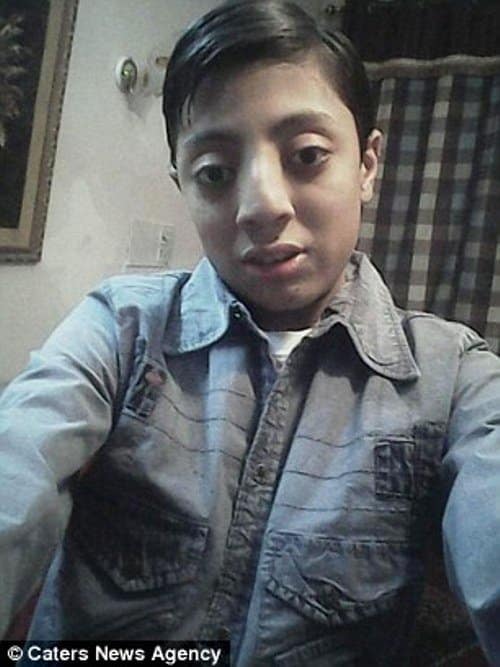