This diver was viciously attacked by a shark. Fortunately, quick thinking saved his life!

Never mess with an angry shark. Better yet, don’t go diving where sharks have been spotted. That’s no mean feat in the waters of Australia where sharks are practically everywhere. Fortunately, one diver’s fast reflexes saved his life when a shark went berserk and attacked him with great speed.

Danny Henricks is a spear fisherman from Australia. Instead of taking it easy on a boat and dozing off while waiting for a bite, he goes down to the depths with his spear gun after schools of tuna and other large fish.

Danny proudly displays one of his epic catches. 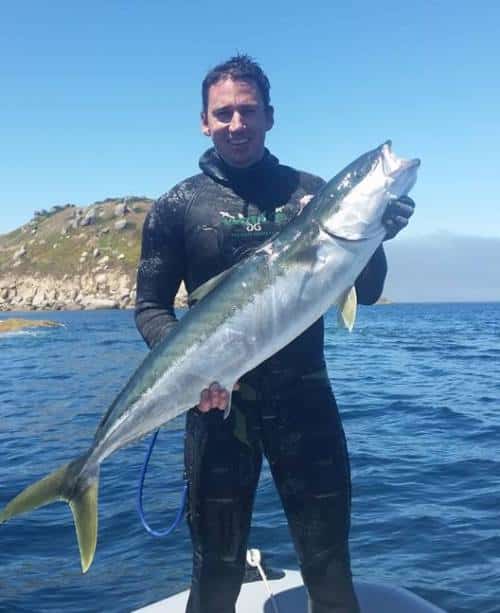 Underwater just off the coast of North Queensland one day, Danny was searching for fish when he spied something fast and bullet-like gunning for him from the depths.

It was a bull shark from hell. 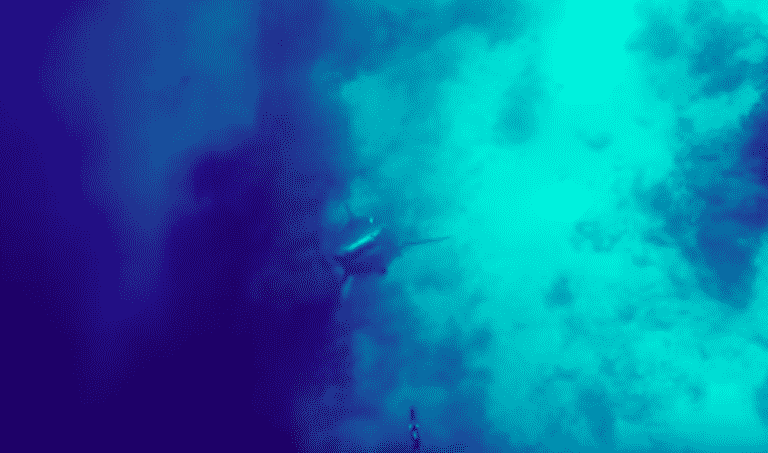 Sharks normally don’t bother anyone unless threatened, and this one looked raging mad at Danny who was probably encroaching on its fishing grounds.

Danny, an experienced spear fisherman for over a decade, didn’t hesitate. His quick thinking and subsequent fast reflexes may have saved his life.

He hefted his spear gun in front of him and brandished the pointed end at the bull shark, hoping to discourage it from attacking him.

But the shark had other ideas and kept coming hard.

It came straight for Danny. Pointy object in front of its snout, or no. 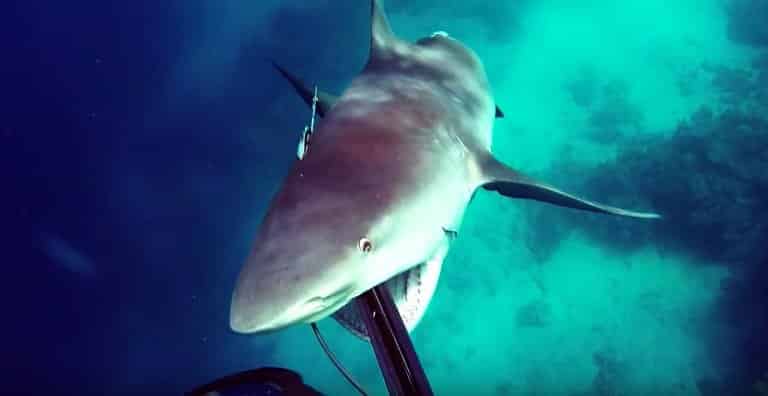 Danny had his video camera running at that time and so it captured the whole attack, including the part where Danny poked the shark with the spear. The shark can be seen visibly pushing forward still. He posted the video on YouTube and it has since garnered millions of views.

Danny also had a fair share of negative comments on the video, with shark activists and animal lovers lambasting his actions against the shark.

“I was not there too hunt sharks just fish to eat and I was really disappointed that the shark would of died.”

He thought the shark would approach at “half-pace,” but instead swan towards him with intent to kill.

In an interview with the Australian Broadcasting Corporation, Danny further said:

“I thought he was going to suss me out, so I was just going to poke him away to show I wasn’t food.

“I just wanted him to keep me at a distance.”

Instead, the shark went straight for his spear.

“I lunged forward with the gun a little bit just before he got there, but most of it was his force,” Danny explained.