They are called ‘gentle giants’ but their intimidating size says otherwise.

Not everything on social media is true, yes, but this massive chicken breaking the Internet apparently is! Netizens all over social media are losing it over this video showing a massive chicken struggling to get out of a coop. The dog-sized chicken was filmed coming out from its coop – looking tall and mighty.

Some had to convince themselves that there’s probably a human inside that huge beast covered in fluffy feathers, with its intimidating size and toes. Others had their own theories, even siting the Tyrannosaurus Rex family tree that ‘modern-day chickens are cousins of dinosaurs.’

“I have watched that video of the giant chicken like 20 times and it still puzzles me. I need answers,they can’t be real surely.”

“When you see it at this size you can really imagine how they’re the cousin of dinosaurs. Reminds me of Jurassic Park.”

According to experts, the video is 100% authentic. The Livestock Conservancy are quick to confirm that it was a heritage breed chicken in the viral clip. They call it the Brahma Chicken–a national obsession in poultry around 1850s and ranks one of the largest chickens in the world. This ‘gentle giant’ often referred as ‘the King of all poultry’ was ‘developed in America from the very large birds imported from China.’

The special breed is infamous for its great size as well as its mental and physical strength. 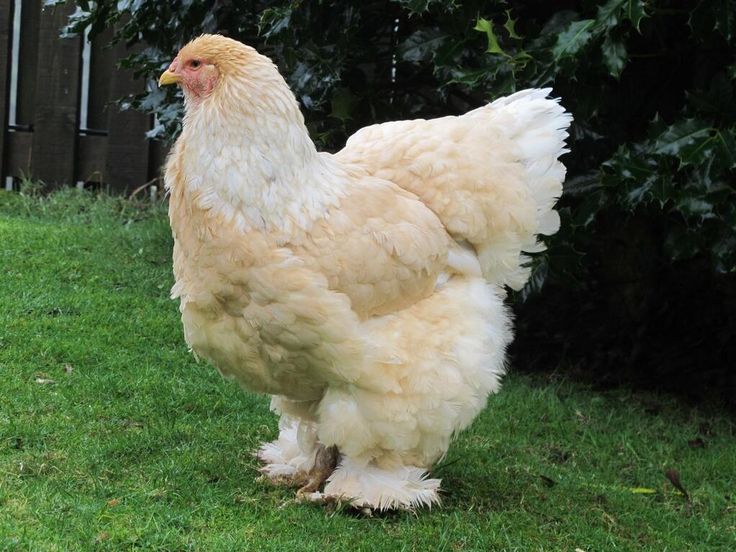 It weighs around 13-14 lbs. (hens) and 17lbs. (cocks). Generally, Brahma Chickens are multi-colored with 3 main color groups–dark, light and golden.

Meanwhile, the controversial bird named ‘Merakli’ is likely owned by Fitim Sejfijaj. He initially posted the video on a Facebook group called ‘Decorative Poultry’ before it went viral.

It is safe to say that the response online was crazy and that effortlessly made Merakli the newest internet star. And whilst some may find them scary, Brahma chickens can, in fact, make great pets.

Well, they wouldn’t be called ‘gentle giants’ for no reason.