These fat tigers are far from cute. They are very “ill”, according to an animal expert.

Tigers are majestic animals. They are fierce, strong, muscular creatures that blend with the tall grass and trees in the forest when they hunt their prey. And they are relentless when they stalk.

All this perceived ferocious predatory imagery, however, suddenly melts away when visitors at the Siberian Tiger Park in northeastern China’s Harbin City behold the plump jungle cats lying around their enclosure.

Two Siberian tigers in the wild. 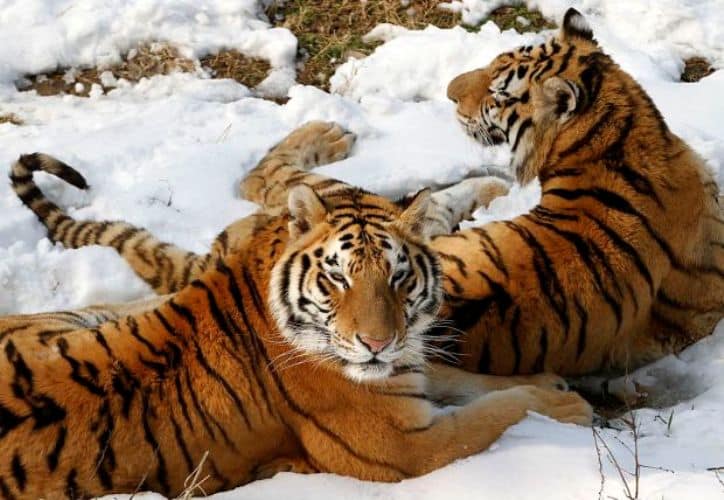 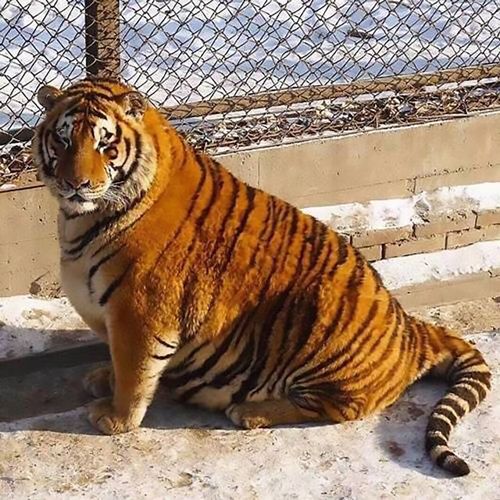 The park is a 144-hectare property, said to be the world’s largest nature park for rare and endangered animals.

One of its primary attractions, the Siberian tigers, are the biggest of the wild cats. They used to roam Korea, northeast China, far eastern Russia and eastern Mongolia in great numbers but hunting has greatly reduced their population.

Despite intense conservation efforts, there are only 530 Siberian tigers in the world today and 20 of which are now found in China.

In the Siberian Tiger Park, visitors giggle at the chubby kitties, feed them, then take lots of pictures.

Not knowing these once-swift and nimble wild animals are overfed and sick. 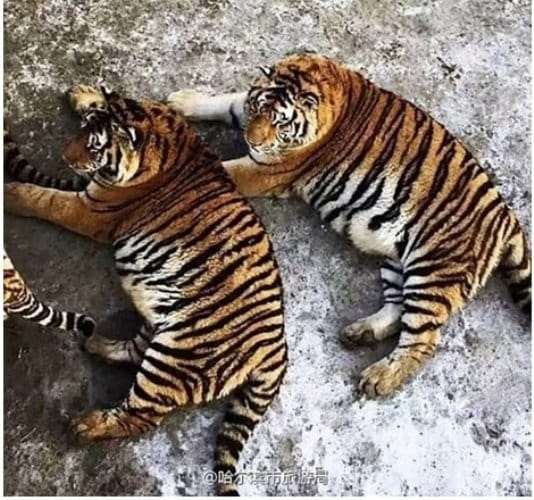 Running in the wild, Siberian tigers are a force to reckon with, but in the Harbin City tiger park, the most movement they can manage is to loll and flop around on the floor.

These Siberian tigers are alarmingly obese… They’re too fat to move! 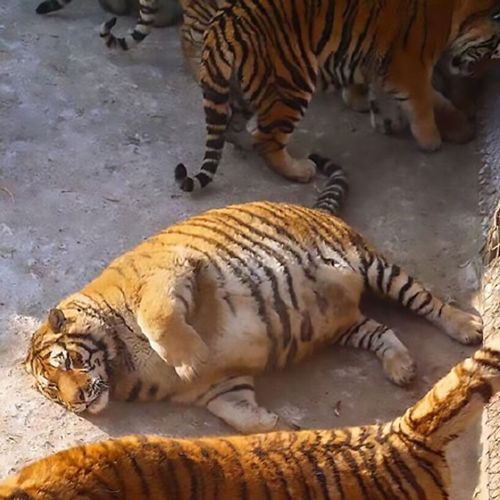 Given their inability to move freely due to their weight, they have no regulated exercise schedule at all.

Park visitors aware of how wild tigers should be, people who have seen their photos online, and animal rights activists are understandingly alarmed.

These are very sick cats, indeed. 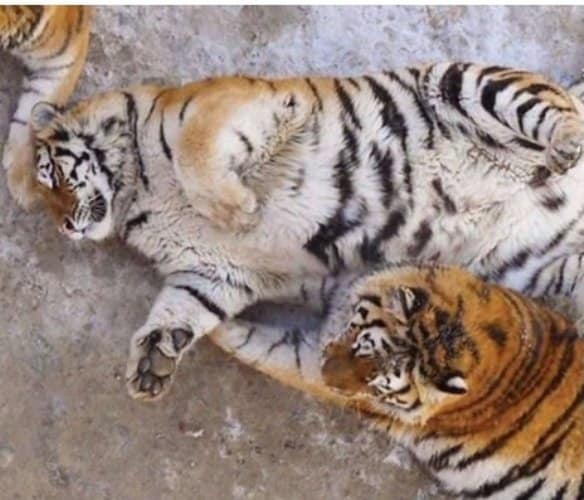 On the other hand, park workers assure everyone there’s nothing to worry about. They say tigers normally put on weight during the winter, which they usually shed come spring.

However, according to world-leading conservation organization, Born Free Foundation, this is not the case at all.

“These tigers appear very obese, indicative of a wholly inappropriate and unnatural diet, woefully inadequate opportunities for natural behaviour and exercise, and the constants of captivity.”

These tigers are neither funny nor cute, the organization explained.

“These animals are ill.” 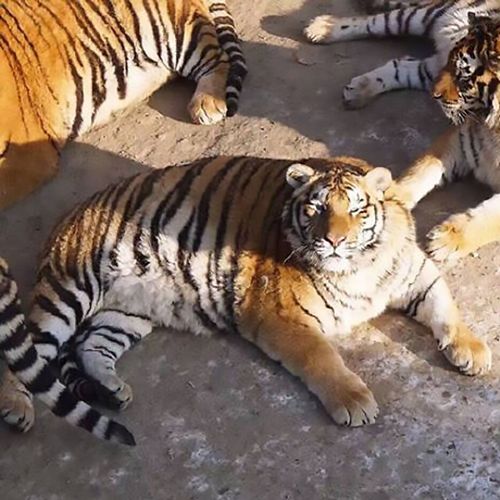 “Based on the photos, it appears these tigers are obese,” a spokesperson for the International Fund for Animal Welfare told Metro.co.uk.

“While dietary adjustments should be made to accommodate seasonal temperatures to ensure continued nutritional balance, captive tigers do not have to hunt for their food and “stockpiling” weight for lean times is not necessary.”

The obese tigers’ situation is made doubly worse as the park sells strips of beef and live chickens to visitors who pay to feed the tigers themselves.

The more tourists visit the zoo to feed the Siberian tigers, the more they get to eat than is good for them. 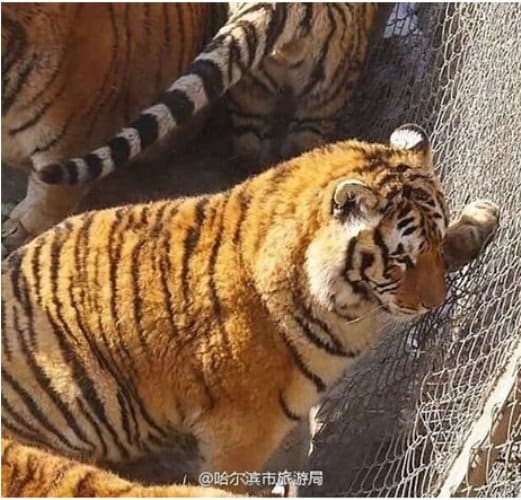 During peak season, “the sadistic feeding never stops for the amused tourists,” a News.com.au article written by Jarryd Salem says.

Many netizens who’ve seen the photos are outraged as well.

“In all seriousness, a tiger this fat needs help or its life will be short,” one tweet reads.

“It’s a balloon tiger … How could you let a tiger get this fat?” another Twitter user wrote.

“This is not good for [the tigers’] health. Many functions of their body would rapidly deteriorate,” a Weibo netizen posted.

Meanwhile, as long as visitors buy the food and pay the fee to feed these once-majestic animals, the tigers’ diets remain uncontrolled.