Game Warden Shoots at Two Deer with Tangled Antlers, Frees Them with One “Lucky Shot”

With one bullet shot, two beautiful animals get another chance to survive.

Deer, despite their seemingly gentle nature, can be vicious animals when provoked. This is especially true during mating season when randy bucks fight for dominance over who gets to mate with available females.

Sometimes it is a fight to the death. 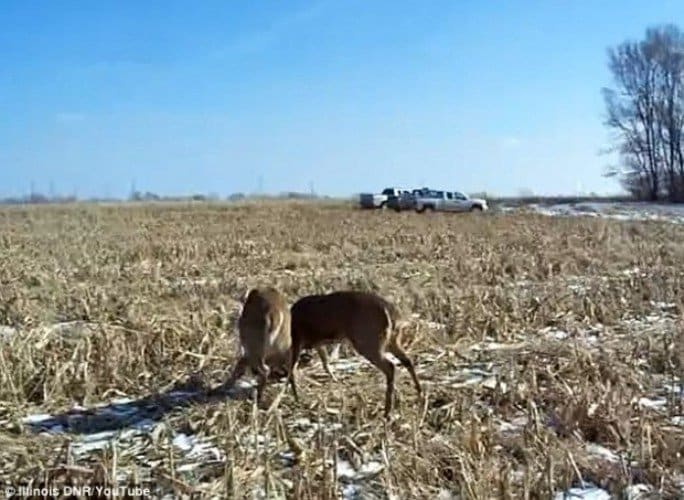 If unsuccessful, they slowly starve and become exhausted.

The struggle ends when one or both of them drop dead. 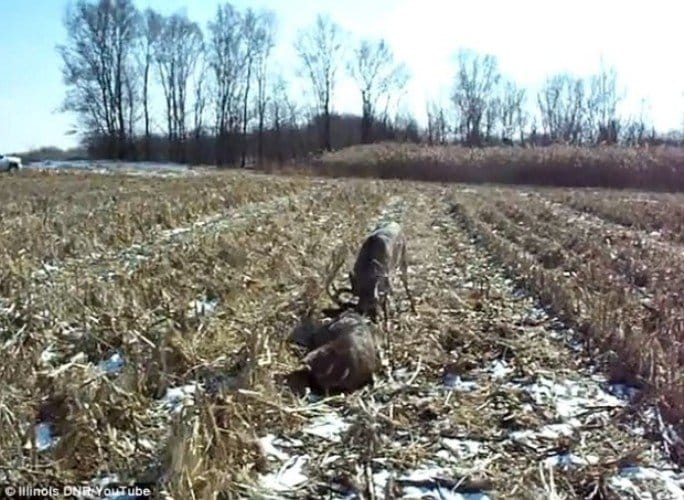 One such fight occurred in Coffey County, Kansas when two male deer got into a deep scuffle that tangled their wide antlers into each other.

Two game wardens came upon two fighting, tangled deer both of which suddenly became alert to the presence of humans.

While they were fighting to the death just mere moments ago, the two combatants abruptly shifted from being enemies to allies. Since they weren’t exactly locked head to head, they began to run side by side, with their antlers still intertwined.

The once-enemies cooperating with one another to escape. 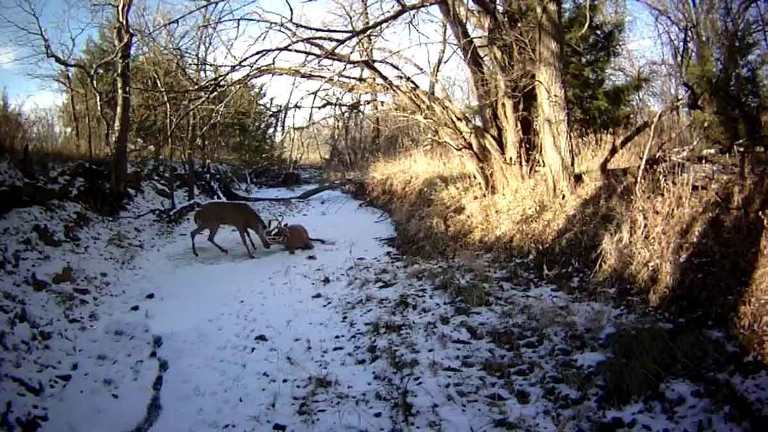 They led wardens Lynn Koch and Brad Hageman a merry chase through the woods and open areas of Coffey County.

“We chased them for probably over a mile. They could run faster than we could. We followed them across creeks, through trees and fields.”

The deer finally slowed down and fell when they got to icy grounds, and Lynn Koch decided to get off one lucky shot to free them.

One bullet, one chance. 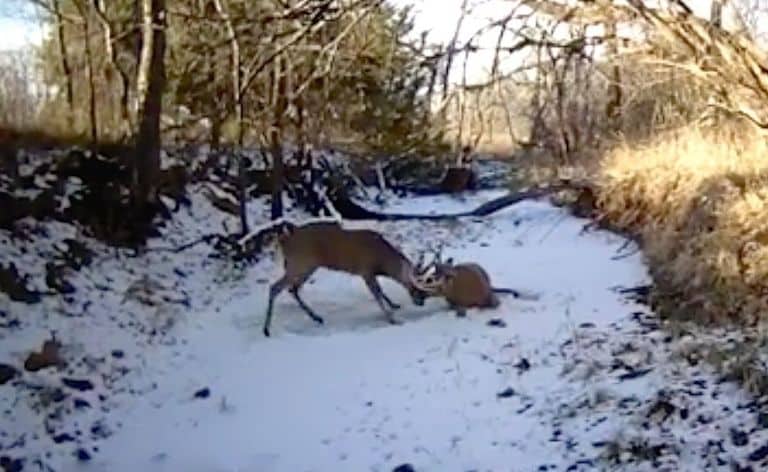 While firing at the deer risked harming or even killing them, Both Koch and Hageman decided it was the best course of action given the circumstances.

Koch’s body camera captured the whole scene, as he aimed his .45 Glock at the tangled deer antlers.

He fired off one shot, which successfully freed the trapped animals, and the two former combatants ran off in separate directions.

Luckily for the deer, Koch’s lucky shot saved them. Last year, the game warden attempted the same feat to free another pair of tangled bucks, but he came too late. One of the deer was already dead.

In some cases, he has reported deer dead from exhaustion, and others too tangled in antlers they were killed and eaten by coyotes.

This time around, Koch is relieved the two fighting bucks survived, and will be free to fight again come next mating season.

A magnificent buck in full-antlered glory. 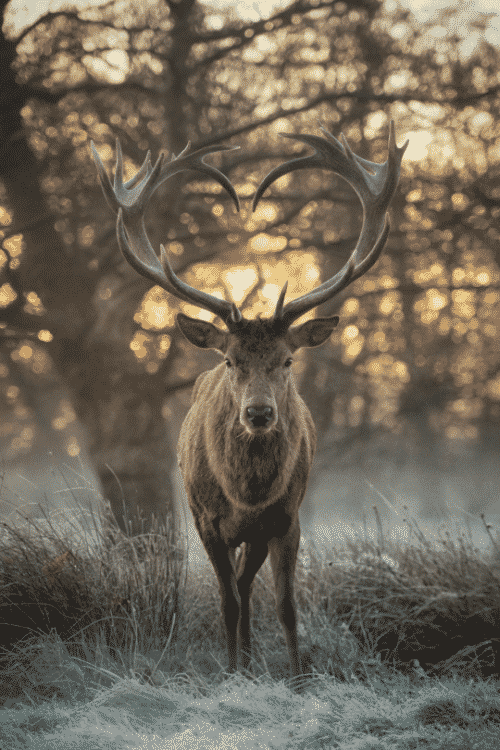