Maybe it only wanted to use the WiFi.

Snakes don’t usually go out of their way to interact with humans. In fact, these reptiles would rather be left alone. They rarely attack unless they believe they’re threatened, or are full out hunting for a meal to swallow.

One rather sociable slitherer in Thailand thought it would go and see what the human world was all about, so it decided to visit a place where people frequent – an internet café.

The panicked hilarity that ensued was caught on camera where it quickly went viral video on Facebook.

As can be seen in the footage, a patron at a Thai internet café casually walked out the door. Unwittingly, he let in a curious visitor who only wanted to say “hello.”

What happened next is prime fodder for a slapstick comedy show as the suddenly electrified man scrambled away for dear life.

Watch this video and try not to fall down laughing.

One can just imagine how one fun day of Dota 2 suddenly turned into a heart-stopping frenzy of madness and mayhem for the internet café patron.

Understandably, he was caught unawares. The snake’s unorthodox way of introducing itself only added to his terror.

Apparently, this is how a snake “shakes hands.” 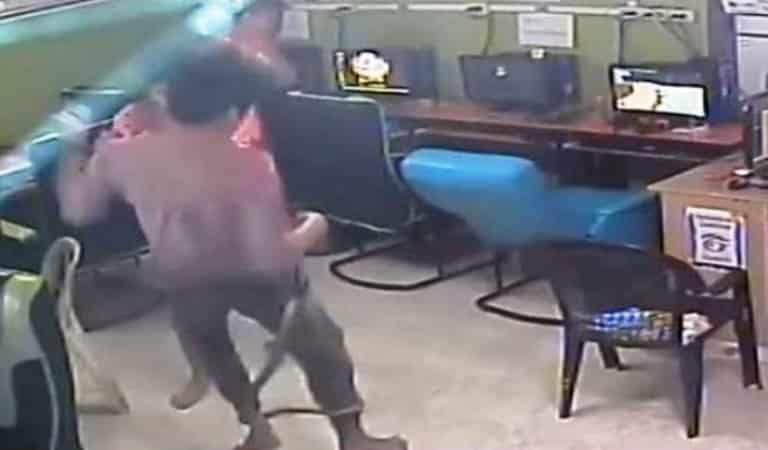 The man may have already been afraid of snakes to begin with. Not surprising, since Thailand has its share of very common venomous snakes, like the Malayan Pit Viper, the Monocled Cobra, and the Red-necked Keelback.

While no one knows whether this particularly sociable snake was either of the three, the hapless man wasn’t sticking around to find out.

He “breakdanced” on the floor for dear life. 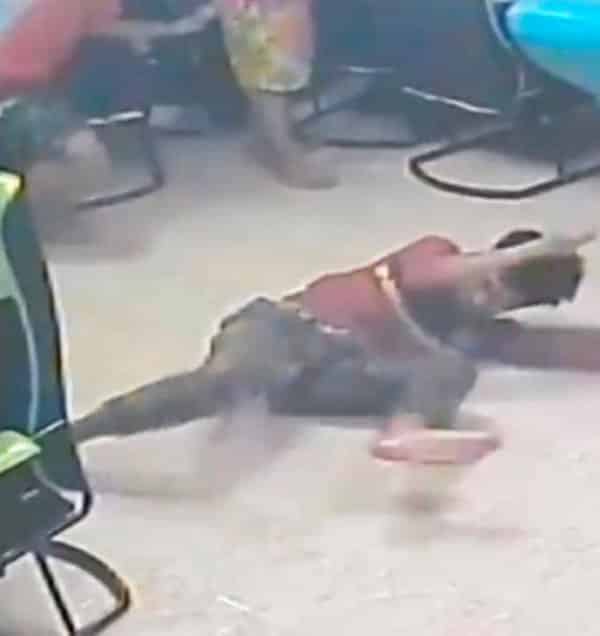 He didn’t even care whether he took out anyone in the process. Like one other poor customer, for instance. The poor guy was minding his own business and out of nowhere a kick to the ABS and a snake thrown at him.

A flying kick even Van Damme would be proud of. 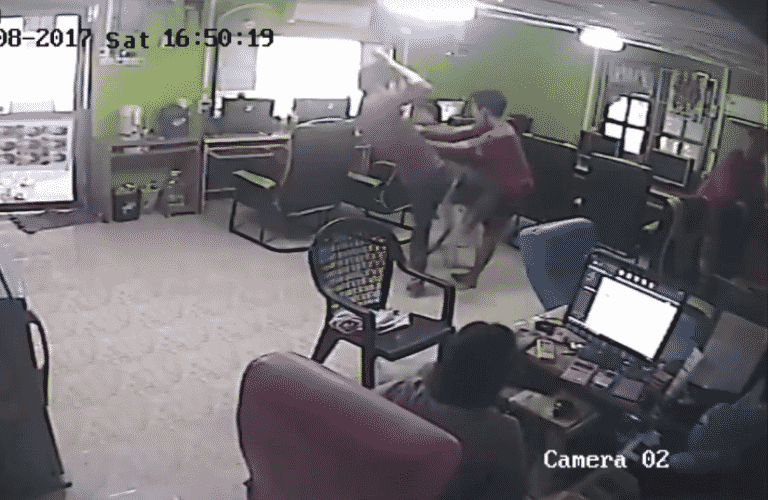 Eventually, he got free of the over-friendly reptile and took himself far, far away. The internet café is now likely sporting a “snakes not allowed” sign on the door. Or maybe even “beware of snakes” to warn its patrons that wild creatures may very well take an interest in a favorite human pastime.