He climbed up one day and never came down.

Some people have a thing for heights. They are daredevils who enjoy scaling mountains, cliffs, skyscrapers, and even communication towers. They skydive, parasail, wingwalk, and bungee jump. All stomach-clenching, high altitude places give them unparalleled buzz.

And then there are the people who feel the need to take themselves away from society for one reason or another. Preferably somewhere near the peak of places normally inaccessible by anyone else. They are committed to staying so high up that their preoccupation takes a huge chunk of their lives.

Like this 47-year-old Filipino man who lived atop a coconut tree for three years. 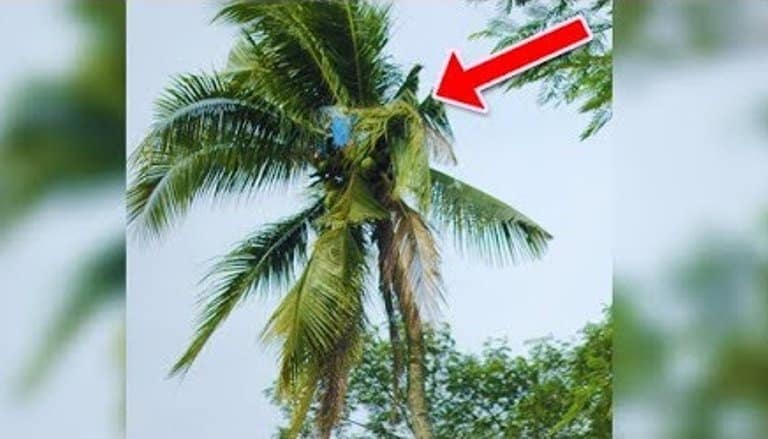 Gilbert Sanchez from the town of La Paz in Agusan del Sur, Philippines climbed a 60-foot-tall coconut tree back in 2014. He loved his perch so much that he refused to come back down.

In fact, he would have stayed up there among the palm fronds and coconuts for the rest of his life had authorities not evacuated him by force for his own safety. His mother revealed 2014 was a pivotal point for Gilbert. He got into a fight with someone who pistol-whipped him upside the head.

Which likely scrambled his brains. 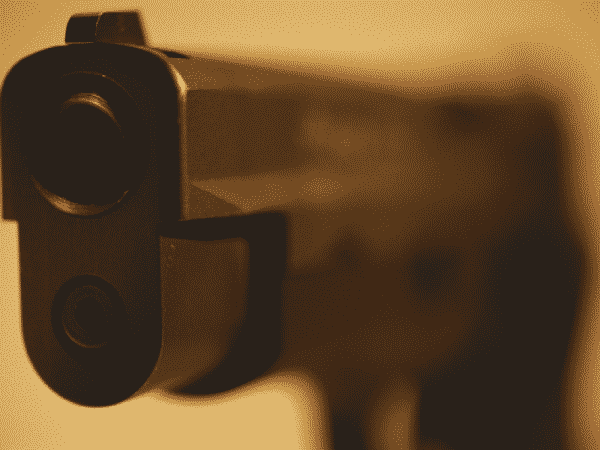 Perhaps fearing his life would eventually end via gunshot, the still concussed Gilbert scrambled up the tallest tree he could find and refused to leave his “safehouse.”

“No bullet can reach me up here.” 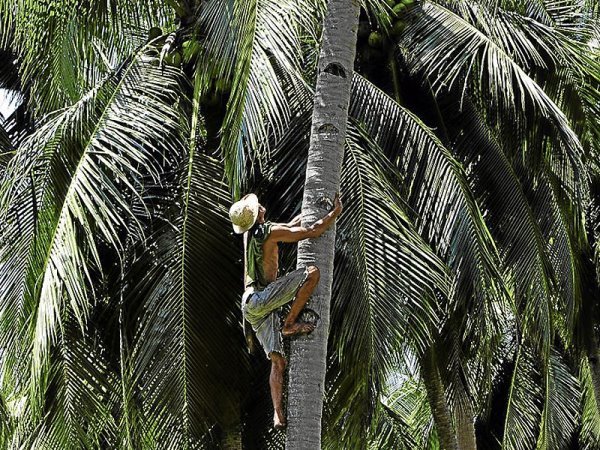 Not even in the middle of raging typhoons during monsoon season, or the scorching tropical summers. Not even when bitten by large red ants, mosquitoes, and the occasional coconut crab.

For the last three years, his anguished mother brought him food, water, clothes and cigarettes which Gilbert would haul up with a rope. She pleaded with him to come down to at least take a bath, but he steadfastly dismissed her entreaties. So each day, she’d holler up into the coconuts, and Gilbert would toss his rope down, Rapunzel-style.

Various family members tried their luck to get their errant relative off his lofty perch, often with varying degrees of failure.

“One time, I asked him to come down,” his brother Aldrin told KMJS Exclusives.

A widower whose wife died giving birth to their youngest daughter 14 years prior to the tree-climbing incident, Gilbert kept to his tree even as his mother yelled up at him that she was getting too old to take care of his kids.

Everyone in La Paz knew of their local man-in-the-tree, but only until a small article about Gilbert went viral did major news outlets send film crews to catch Agusan del Sur’s coconut climber.

Waiting patiently for a Gilbert sighting. 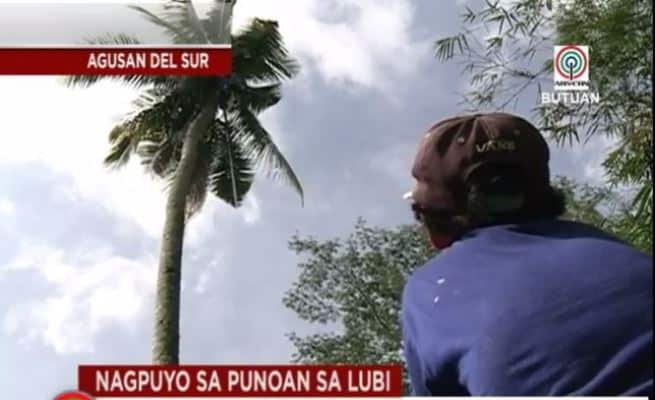 Widespread media coverage convinced authorities to do something definite about getting their three-year palm tree resident back down on solid ground. They assembled a team of 50 people who first began by trying to wheedle Gilbert into releasing his vise grip on the top of the trunk.

“Come jump, Gilbert. We prepared a nice trampoline just for you.” 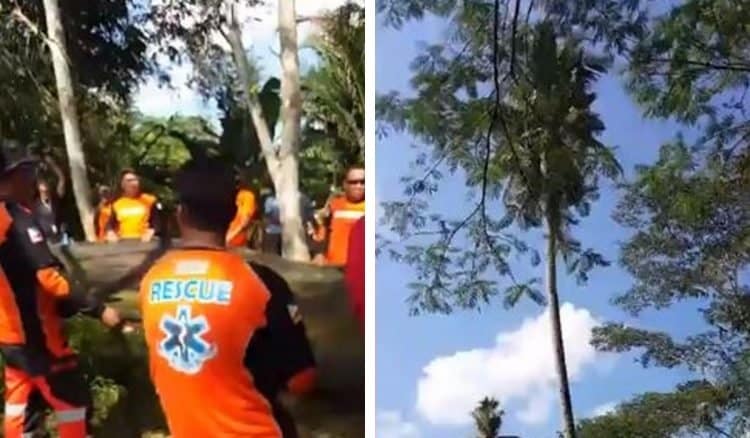 When that didn’t work, they hauled out a chainsaw and started cutting the blameless coconut tree whose only fault was housing a poor, addlepated man for three years.

It was touch and go on the tree-cutting, and there was a danger Gilbert would have plummeted to his death.

But they finally brought him down and were taken aback at the hermit whose feet finally found terra firma.

Gilbert’s body was a mess of insect bites and blisters. His spine had deformed from his three years crouched among the coconut fronds, and some of his muscles had begun to atrophy.

The greatest damage, however, was to his mind. Unfortunately, that would be the most difficult affliction to fix now that Gilbert is deemed safely rescued.