After working for more than half their lives, many people dream of finally getting to relax when they retire. Golfing and gardening sound good. Sipping umbrella-topped drinks on a beach sounds even better.

In any case, a majority of seniors who sign out of the 9-to-5 grind look forward to many days spent in leisure enjoying themselves and their family. Having worked themselves into the ground for almost all their adulthood, they feel a restful retirement is more than fully deserved.

But not for 85-year-old Trish Wagstaff. 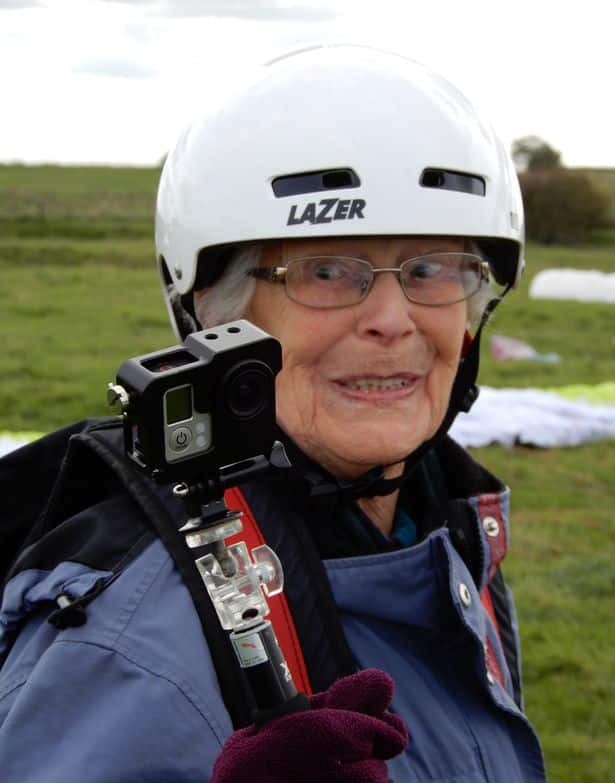 Trish, from Oxfordshire, believes in living life to the fullest, even at her advanced age. She spends her retirement days swimming with sharks, paragliding, skydiving out of planes, and even wing walking on the very same planes she jumps out of.

Her little finger is living more life than most 18-year-olds are. 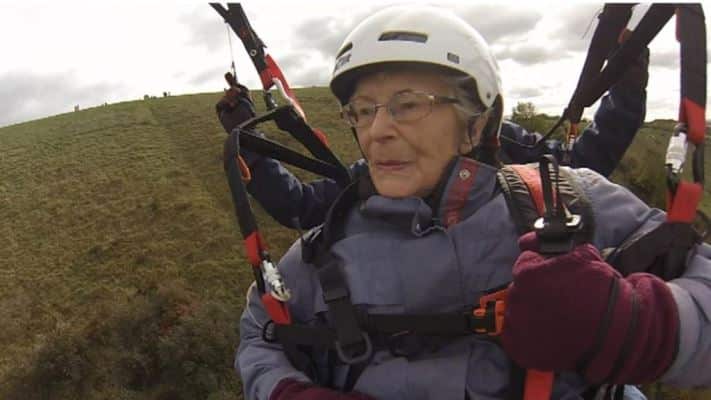 Trish didn’t start out as the daredevil granny many people now know her to be. She only began living the high life (literally) a year after her husband died.

Perhaps feeling the pang of loneliness with her children all grown, Trish decided to make the most out of her remaining years.

And she immediately filled those years up with activities to make grown men tremble. 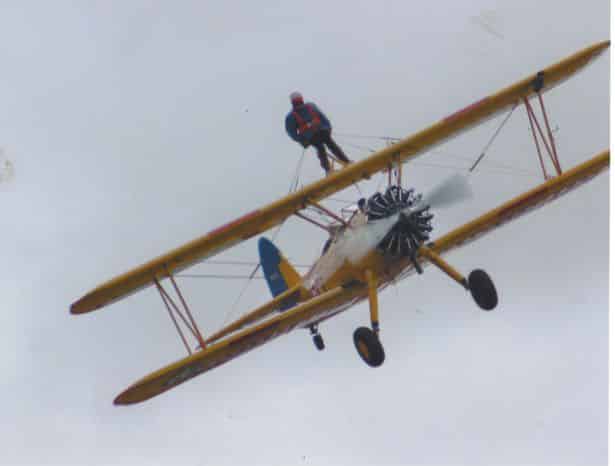 The petite, silver-haired octogenarian isn’t a stranger to danger, though. Her late husband, Peter was in the British armed forces as a major in the Scots Guards.

As an army wife, she hauled her kids, Sheena and Keith after her husband wherever he was stationed. They’ve lived in war zones where bullets flew over their heads.

“During the war between the Greeks and the Turks in Cyprus, they were firing across our children’s primary school. It was terrifying. It was completely out of our control.

“Our children’s lives were in danger.”

Now she’s retired and expected to be sedentary, Trish refuses to conform to the norm. Even after having hip replacement surgery at age 70.

In fact, she’s spent almost a whole decade doing stunts people thrice less her age would avoid at all costs. 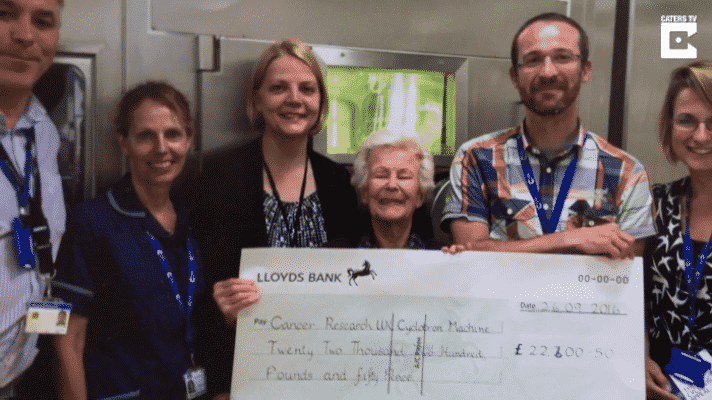 Thanks to all her fearless activity, she’s actually doing some good instead of just performing a lot of pointless, gut-twisting exploits.

“A lot of my friends and family think I’m absolutely bonkers.” 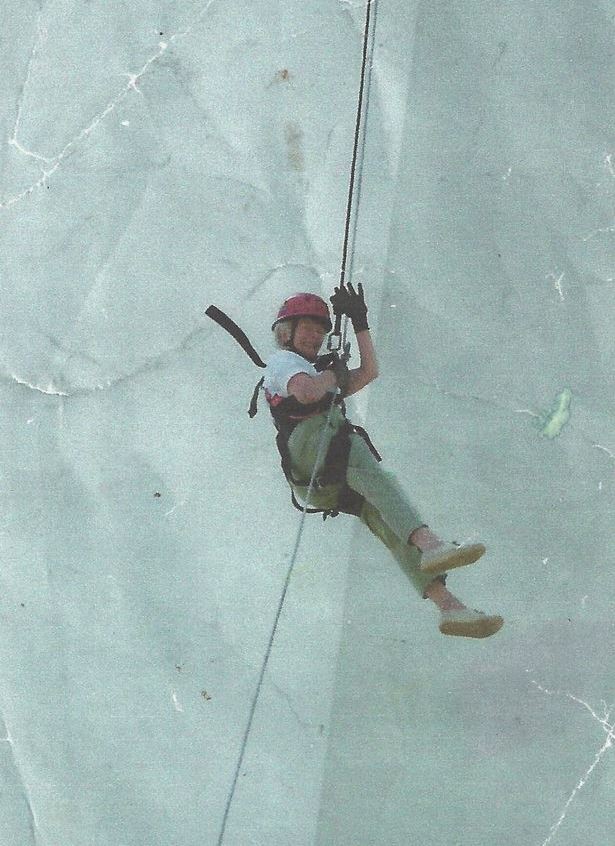 Trish first caught the adventure bug after she first swam with sharks at the Blue Planet Aquarium at Ellesmere Port in Chesire.

“My son came along and took photos when I was swimming with sharks. I think he was more nervous than me.”

Anyone would be. Except Trish Wagstaff, of course. 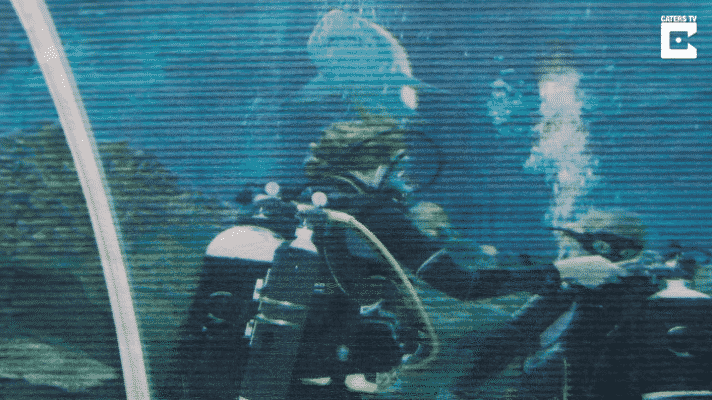 Since then, she has sped across Europe’s longest zip line, abseiled 100 meters down Portsmouth’s Spinnaker Tower, and performed a catapulted paragliding feat.

“It’s no more dangerous than crossing the road when a car is coming,” Trish demurs. Meanwhile, she continues to encourage other seniors to swap their sedentary lives for a life of action.

“Stop saying ‘I’m old’ and get up and do something.” 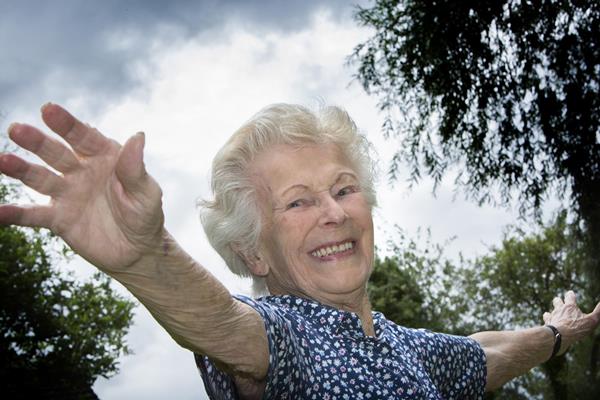