The polar bear is weak and starving, with no food available nearby.

Many are still debating on whether climate change is real. A new heartbreaking video has emerged, showing a starving polar bear rummaging for food on iceless land.

Paul Nicklen, a photographer from the conservation group Sea Legacy, visited Baffin Island in summer when they came across a chilling scene – a starving polar bear clinging to its life. The obviously malnourished and thin polar bear dragged its feet as it wandered, looking for food. According to Nicklen, he has already seen thousands of polar bears in the past…

However, this is the first time he felt sad seeing a heart-wrenching sight. 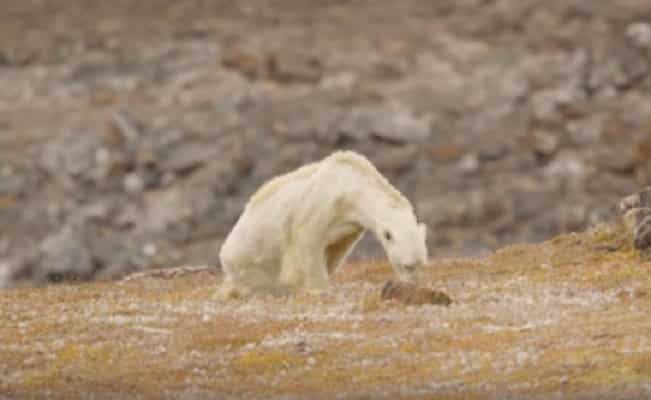 At first, he thought the bear was a white blanket draped over a rock. However, when they came near the area, they were shocked to see a polar bear and they initially thought the animal was dead.

Well, not just yet. The bear managed to stand up and they snapped a photo of the poor animal and captured the video.

They came back about two days later and saw the polar bear rummaging through rusted trash cans, looking for food. 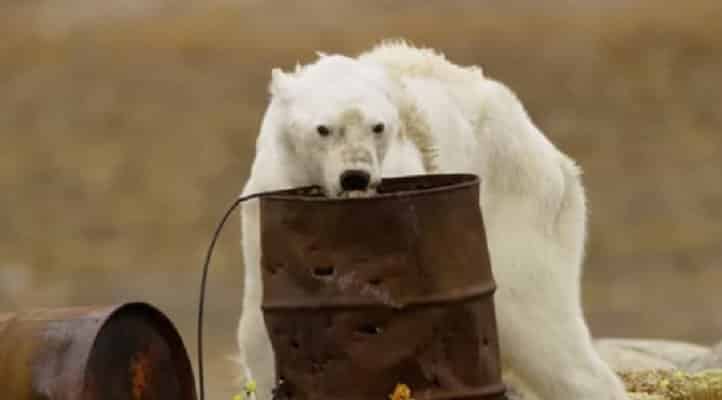 “It rips your heart out of your chest. As soon as he did a slow stand on his feet, everybody on the team just started crying.”

“We stood there crying—filming with tears rolling down our cheeks.”

The video shows the polar bear thin, limp and weak. 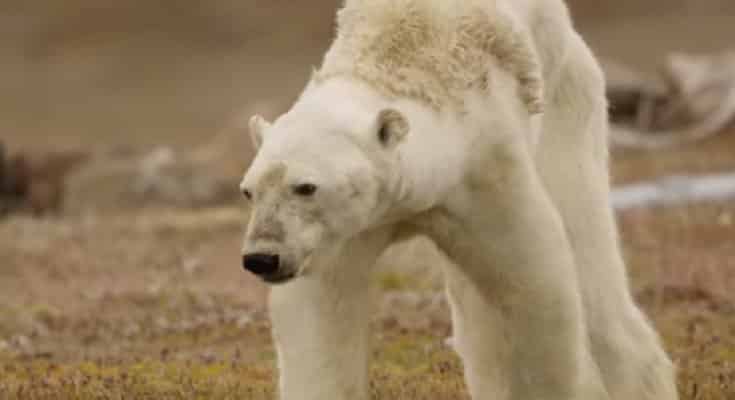 Its massive fur covers its bony frame. At one moment, the bear can be seen collapsing due to weakness. Many netizens aired their anger on why the photographers did not do anything to help the poor bear.

Cristina Mittermeier, one of the photographers, responded:

“Some have criticized us for not doing more to help the bear, but we were too far from any village to ask for help and approaching a starving predator, especially when we didn’t have a weapon, would have been madness.”

“In the end, I did the only thing I could: I used my camera to make sure we would be able to share this tragedy with the world.”

On the other hand, many experts said that the video does not show the whole picture. 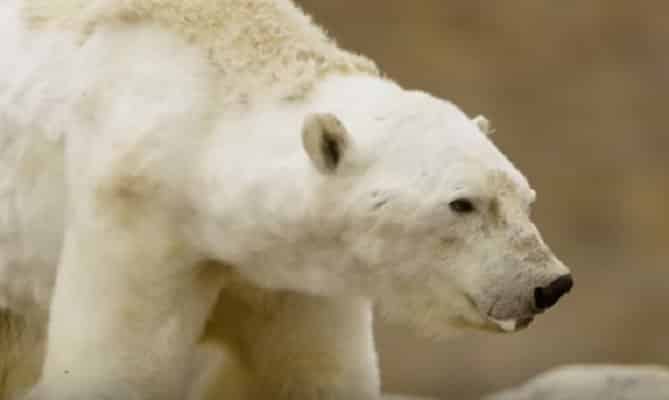 The polar bear might be weak due to declining health or it has been injured. In fact, they claimed that the polar bear lives in an area where the bear population is doing well.

“That bear is starving, but (in my opinion) it’s not starving because the ice suddenly disappeared and it could no longer hunt seals.”

“It’s far more likely that it is starving due to health issues.”