Needless to say, he and his friends had a whale of a time!

A man out on his boat with his buddies received a stunning view-of-a-lifetime when something unexpected happened on the water.

Brad Rich and some of his friends were sailing off the coast of Seward in Alaska.

Their mission: to film seagulls native to the area. 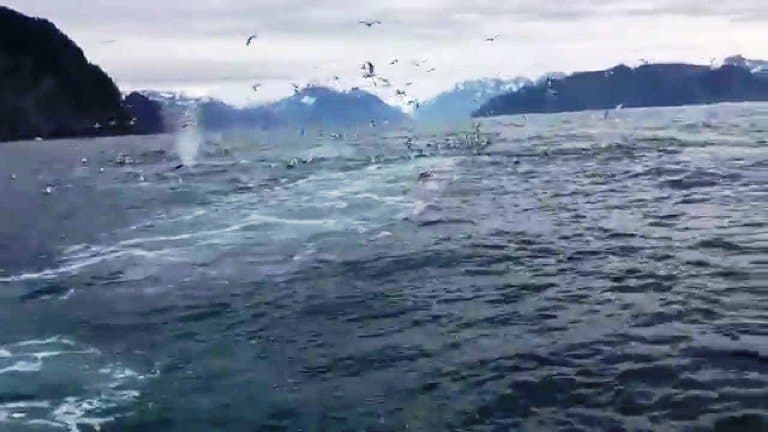 Nature rewarded Brad with something even more awesome, however, and he got to witness, as well as capture, a once-in-a-lifetime event not many people get to witness.

While Brad was filming, he and his pals noticed a pod of whales in a distance. Thinking he could catch a clip of them feeding, they sailed closer and got a huge surprise.

Not to mention a lot of decent footage.

The whole pod of whales began swimming right next to their boat! 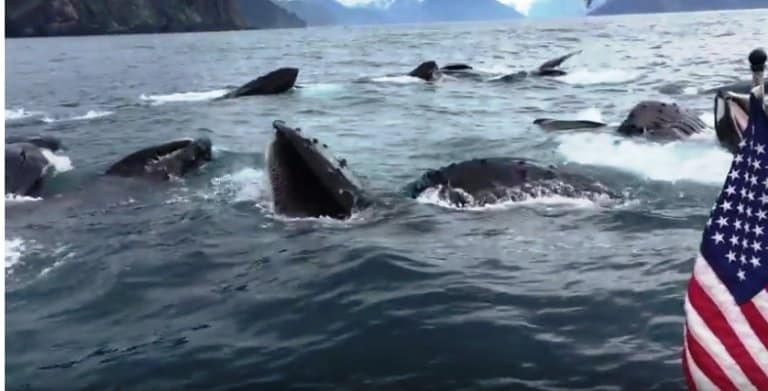 Now this wasn’t an ordinary pod of whales. These were humpbacks, a species of baleen whales that grow from between 39 to 52 feet in length.

Humpback whales are popular with whale watchers because they often warble a complex song that can last for as long as 10 to 20 minutes. Scientists have yet to discover the purpose of their singing, although it may have something to do with their mating seasons.

Surprisingly, this pod of humpback whales was feeding past the usual summer months of between May to September when they often breach the surface of the water.

Brad and his friends were understandably excited to see them. 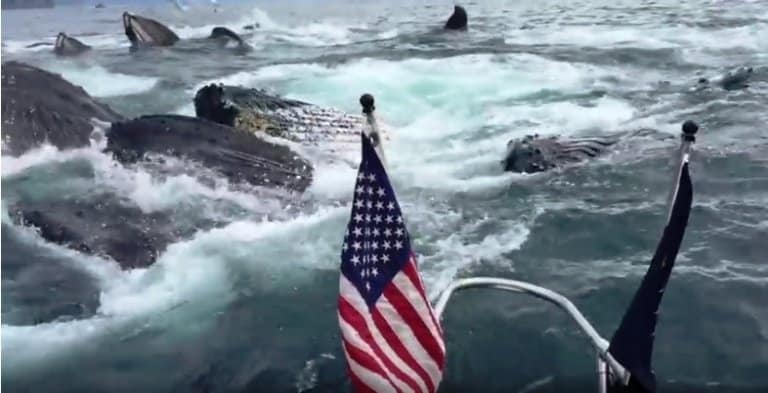 They were even more thrilled when the whole pod began swimming alongside their boat.

Brad filmed the whole thing, and even expressed his joy with a lot of colorful language.

Brad was so awed, he even announced he would need to change his underwear.

Not many people actually get to see such a wondrous sight up close. Brad Rich and his friends are lucky, indeed!