The Slinky is Older Than You Think, and It Was Invented by Mistake

This error ushered in the start of something big.

The Slinky is one of the classic toys kids can recall playing with.

In the pre-digital era, generations of children enjoyed this pre-compressed helical spring.

Kids were entranced over its endless somersaults down steps and inclines.

The Slinky stretches, then re-forms itself no matter how many times it’s dropped, thanks to gravity.

But do you know the popular toy was created by mistake? 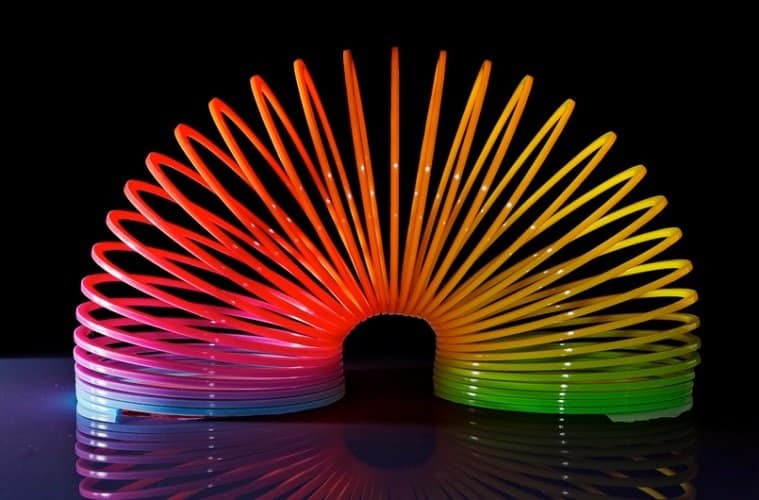 Initially destined for greater purposes, the spring was invented by a World War II naval engineer in his attempts at creating a meter to monitor power aboard battleships.

Yes, the Slinky is the result of a mistake. 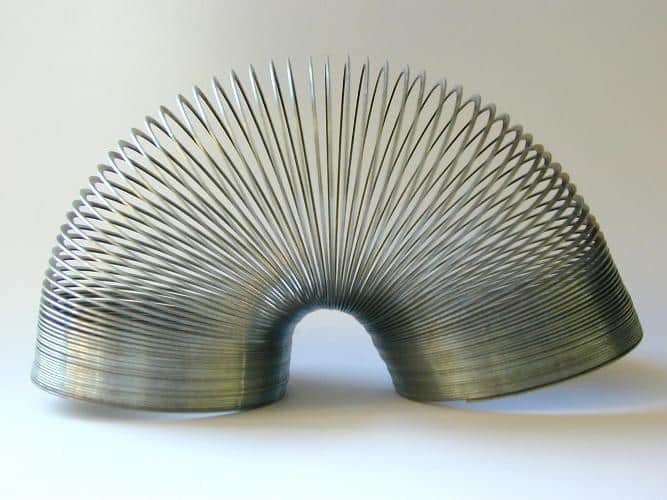 Way back in 1942, a naval mechanical engineer named Richard James was hard at work developing springs to support and stabilize sensitive instruments in ships sailing through rough weather.

James accidentally knocked one of the springs he was working on off a shelf. To his amazement, the spring “performed” a series of arcs from a stack of books, off a tabletop, and straight on to the floor.

After this impressive showing, the spring re-coiled by itself and stood upright.

James found his “a-ha” moment. Only it wasn’t for the purpose he intended.

He rushed home in excitement, telling his wife:

“I think if I got the right property of steel and the right tension; I could make it walk.”

Richard James, his son, and some Slinkies. 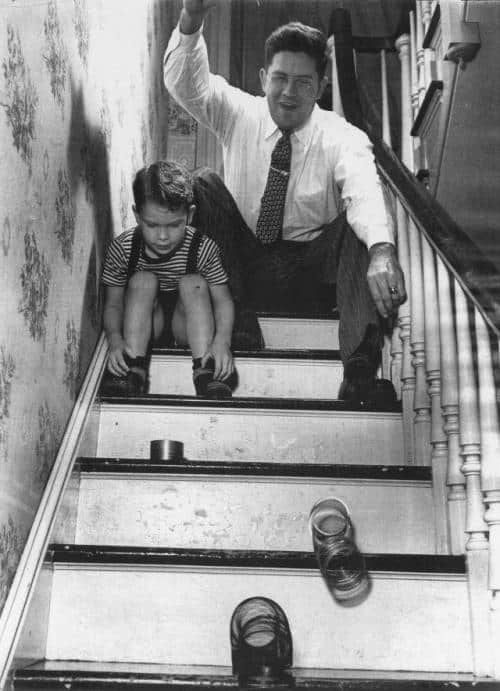 Over the next year, James experimented with several types of steel wire until he finally found a spring to use as a prototype. 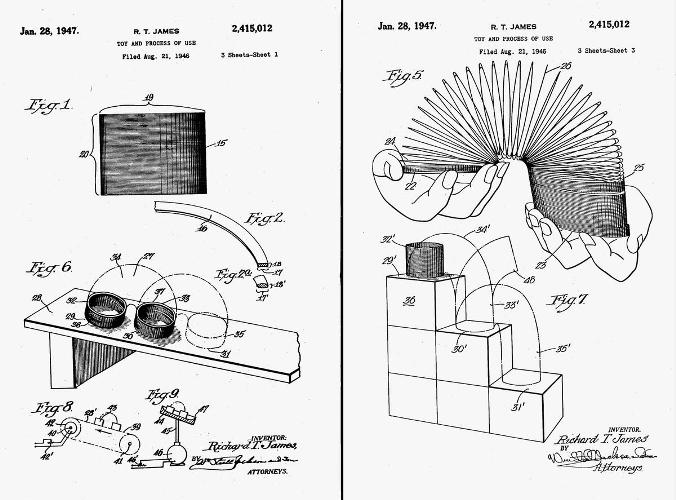 His wife, Betty was initially doubtful, but after she saw the neighborhood children go crazy over the new toy, she baptized it the “Slinky.”

Betty James’ name for it stuck, because perfectly described the sleek and graceful movements of the invention.

The James couple took out a US$500 loan and put up James Industries. They initially made 400 Slinkies and priced them at $1 apiece. Each Slinky measured 2 1/5 feet tall with 98 coils of high-grade Swedish steel.

After an initial rough patch when toy stores refused to stock the new toy, the couple set up an inclined plane at Gimbels Department store in Philadelphia and sent Slinkies somersaulting down it.

This first Slinky demonstration proved to be a hit.

And all 400 Slinkies sold out in ninety minutes flat. 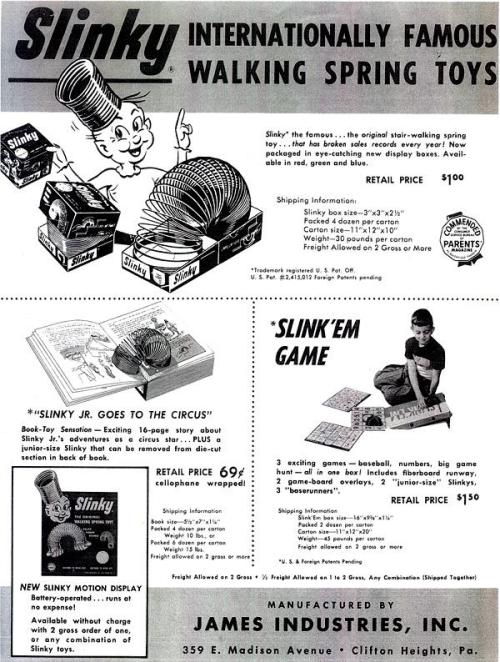 The Slinky became so popular, it was featured at the 1946 American Toy Fair, and made it to the Toy Industry Association’s “Century of Toys List.”

In the first 60 years of its existence, over 300 million Slinkies have been sold and enjoyed by kids all over the U.S.