A shopper who witnessed a father pull his daughter along by her hair at a Texas Walmart snapped a photo and posted it online.

A shopper who witnessed a father pull his daughter along by her hair at a Texas Walmart snapped a photo and posted it online.

Now the internet is accusing the father of child abuse. 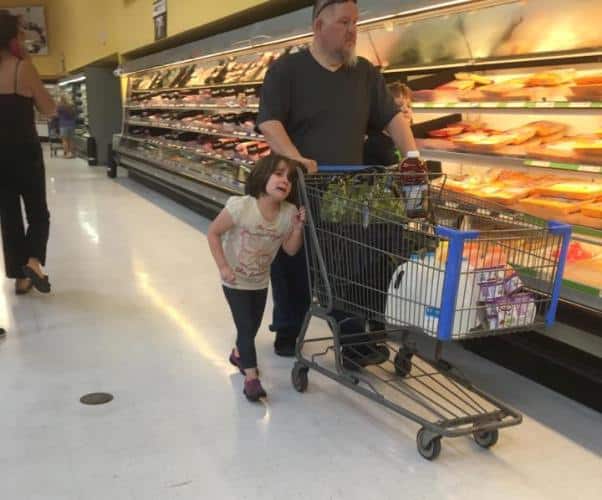 Erica Burch first saw the burly dad grab his offspring’s hair and pull her along together with the shopping cart in a Cleveland, Texas Walmart store.

Apparently, the little girl had been disruptive and this was her father’s way of disciplining her.

Outraged, she took photos and called her husband’s attention to the atrocity happening right next to them. Burch called the father out for his ill-treatment

But she was told to mind her own business. 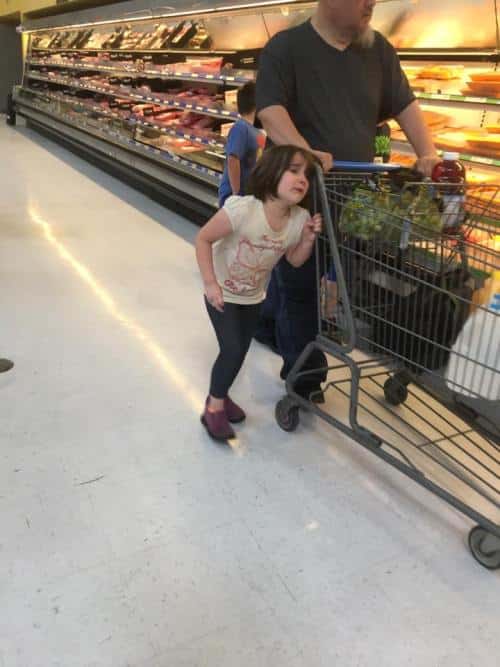 “ME AND ROBERT ARE IN WALMART IN CLEVELAND TEXAS GETTING LUNCHABLES FOR OUR BABIES FOR SCHOOL. ROBERT SAID “DO YOU SEE WHAT THAT GUY IS DOING TO THAT LITTLE GIRL?” I TURNED AROUND TO THIS THIS POS DRAGGING THIS LITTLE GIRL BY THE HAIR OF HER HEAD!! HE HAD HER HAIR WRAPPED AROUND THE BUGGY DRAGGING HER! SHE IS BEGGING HIM TO STOP! SHE WAS SAYING “PLEASE STOP, I PROMISE I WONT DO IT AGAIN PLEASE STOP!” I TOOK MY PHONE OUT SNAPPED PICTURES AND THEN TOLD HIM TO LET THE LITTLE GIRLS HAIR GO! HE TOLD ME TO MIND MY OWN BUSINESS!”

Outraged, Burch looked around for help and was relieved to see a police officer in the store.

After she reported the incident, the cop came over and had a stern exchange of words with the man. However, the scene didn’t turn out the way Burch imagined it would.

While the officer was incensed at the young girl’s treatment, and admitted he wanted to throw the abusive father in jail, he couldn’t.

He had called his sergeant for assistance and was told the girl had no visible bruises nor had she any hair missing off her head.

This despite Burch showing him the photos she took. 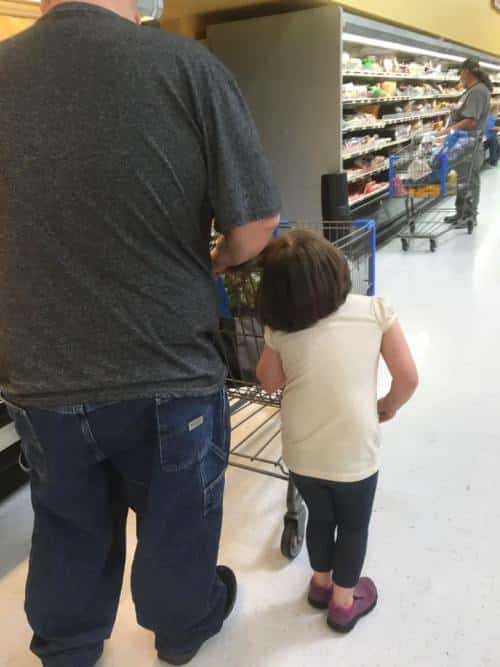 According to the sergeant, no abuse took place because of the absence of visible body harm. Furthermore, the father had “the right to discipline his children.”

Frustrated, Burch posted the photos on Facebook where they’ve been shared over 200,000 times.

People are outraged by this dad’s idea of “discipline.” 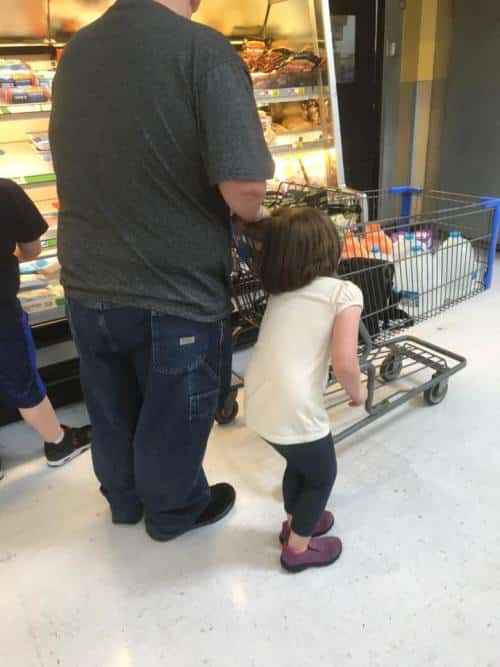 Apparently, Burch wasn’t the only one who witnessed the incident. The Cleveland Police Department received a bombardment of calls from other people complaining about the abusive father, and they are currently investigating the case.