If you’ve watched UFC fights, you know how pretty intense these bouts can get. Mixed martial arts fighters are a tough bunch, and they’ll do all it takes to drop their opponents on the Octagon.

Not surprisingly, the canvass floor where the fights take place are often stained with sweat and blood. The latter being notoriously difficult to remove, frequently colors the floor with bright and dark red splatters from the jabs, punches, kicks, and faceplants of competitors.

But one MMA fighter brought in a new kind of stain to the canvass during a heavyweight “Ruckus in the Cage” fight in West Virginia last Saturday… poop.

Squeezing the life out of the guy… 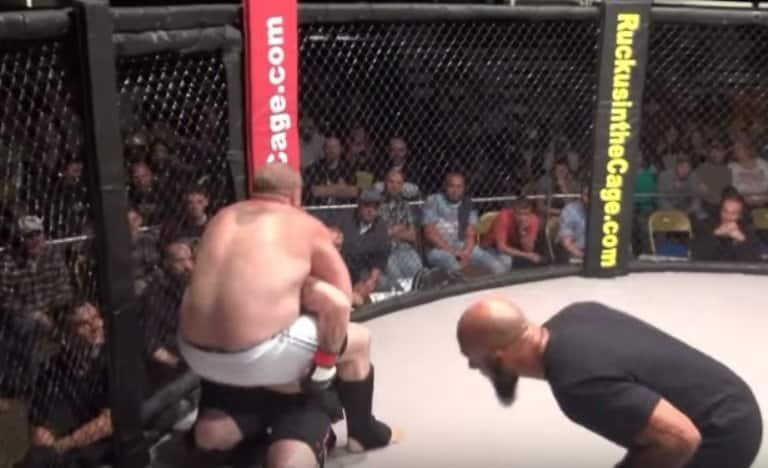 Daniel Cooper, who was pounding Travis Wolford in a fierce display of hammerfists, turned the fight in his favor with a vicious guillotine choke that cut off Wolford’s air in an instant. 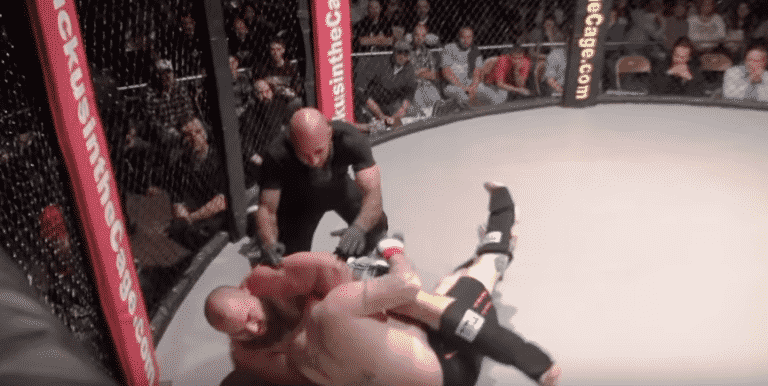 Photo credit: This is 50

Little did both fighters realize that Travis Wolford’s neck had a direct communications link with his large intestine, and right then and there, Wolford’s sphincter cried “uncle” and tapped out, immediately spewing copious amounts of poo through his shorts and on to the Octagon floor. 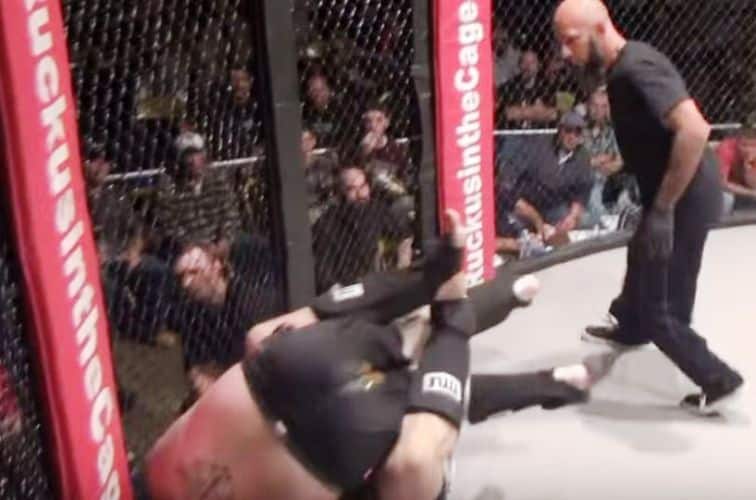 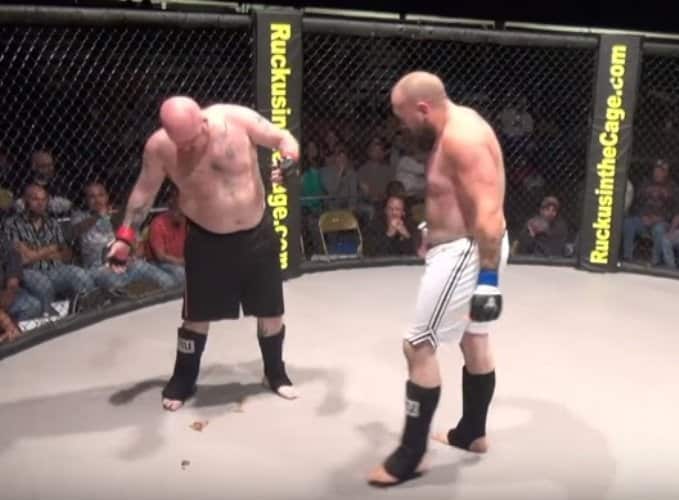 Members of the audience right next to the cage were horrified and immediately nauseated. Even Wolford’s opponent, Cooper looked like he wanted to tap out, too.

Apparently, hours just before the fight, Travis Wolford went out on a Chili Night celebration, and indulged in bowls of steaming chili.

The janitor must be freaking out right now… 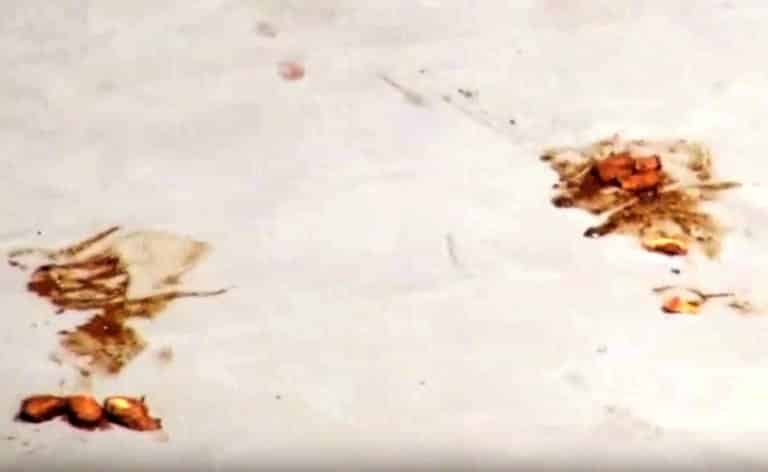 According to Wolford, after his involuntary explosive defecation, he felt like he had lost 15 pounds!

Does that mean he falls below heavyweight category now?

So let this be a lesson to all you MMA-wannabes… the next time you feel the urge for some hot spicy bean stew, indulge yourself after a fight… not before, or else, like Travis “The Brown Bomber” Wolford, you’ll literally get the crap beaten out of you.

Woman Poops All Over the Club After Having an Upset Stomach 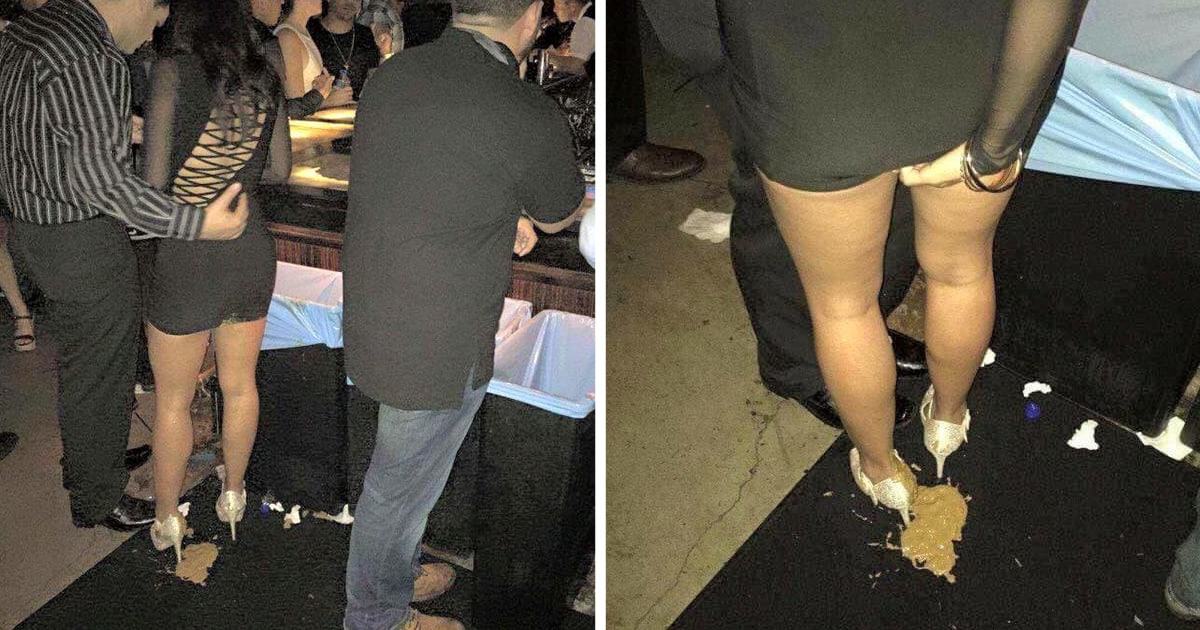