Women perform several “rituals” before going out on a date or when simply clubbing along with friends. Everything must be perfect: the right dress, shoes, bag, make-up, and a clean and pretty hairdo. We have to look our best and smell divine, who knows who we might meet on the party, right? But for women who decide that they want to wear a slinky, short, sexy dress for the occasion, additional preparations may come in handy to achieve that perfect silhouette.

Now several photos have gone viral over the internet lately and it features a woman in a black, sexy, party dress and pearl white high heels. The photos were said to be uploaded by a Filipino netizen, but the pictures were allegedly taken from somewhere in the Middle East.

These photos garnered various reactions from people across the globe. Some have felt sympathy towards the unfortunate woman while some are angry and disgusted.

A warning before you scroll down though: this is not for the squeamish.

What exactly is that? There’s a mud-like dirt across the floor of the bar… 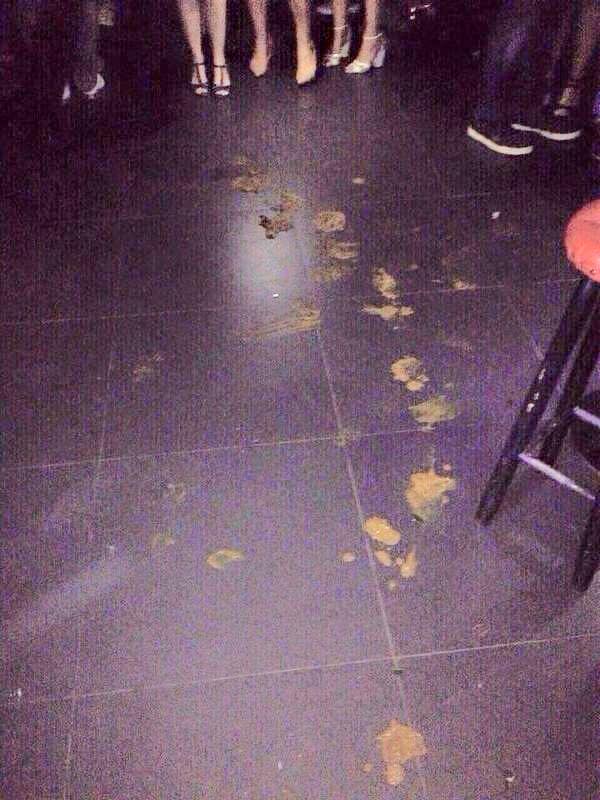 Then, as if following a trail, this lady was caught with the exact same gross “poop-like” matter.

You can see some of it in the hem of her dress and some had smeared her shoes. 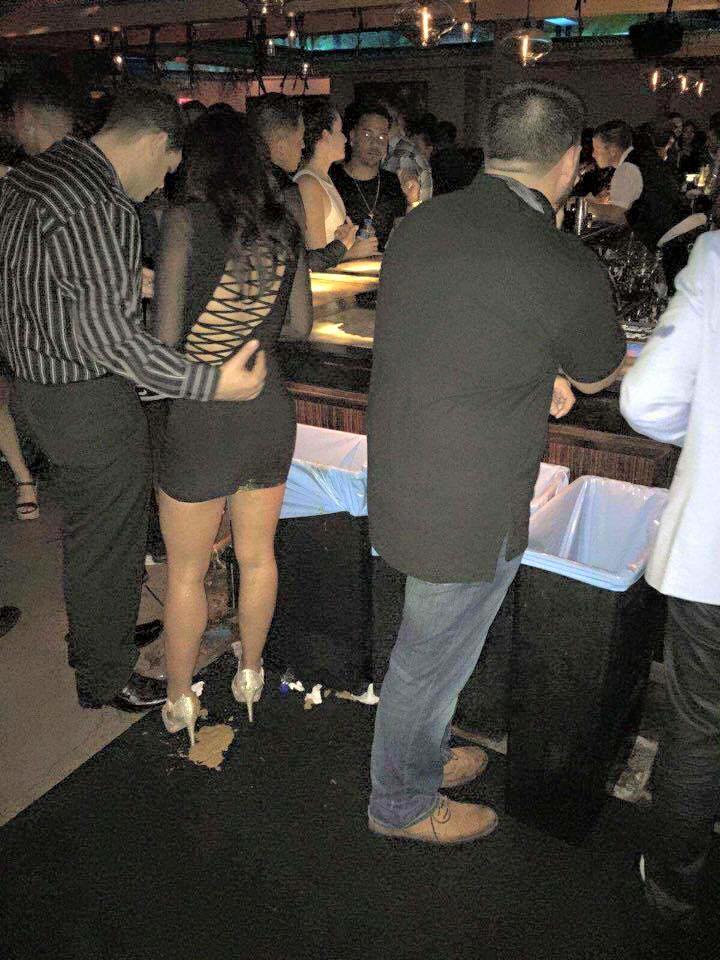 A huge mound can be seen on the floor where she stands. 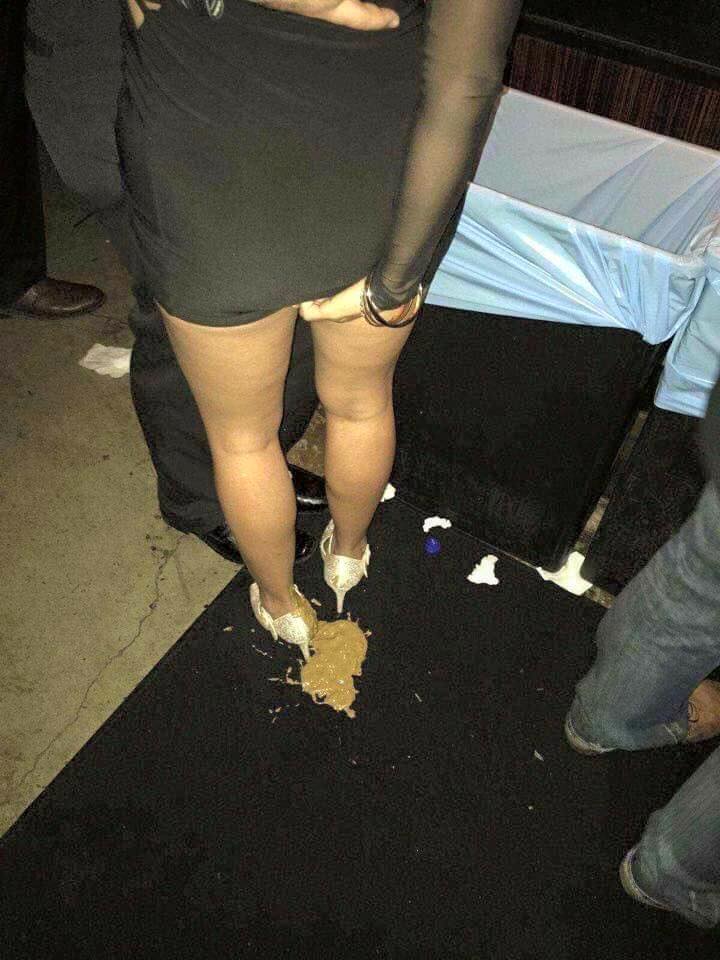 Netizens think it’s fecal matter and that the woman may have had an upset stomach that night. And she forgot that one important rule. Never ever trust a fart.