Seeing men – and even women – fight on streets or public establishments is not a rare thing. Heck, these sort of events even get shared on social media sites, as many netizens seem to love the thought of violence. This is exactly what a viral video of an MMA fighter taking on a puny security guard is all about. It is like a David vs. Goliath scene but set in modern times.

The said video was courtesy of a Facebook page called Discover Subang Jaya. And believe it or not, they covered the incident like a real fight from the UFC octagon.

A video of a security guard going up against a huge MMA fighter is circulating online. 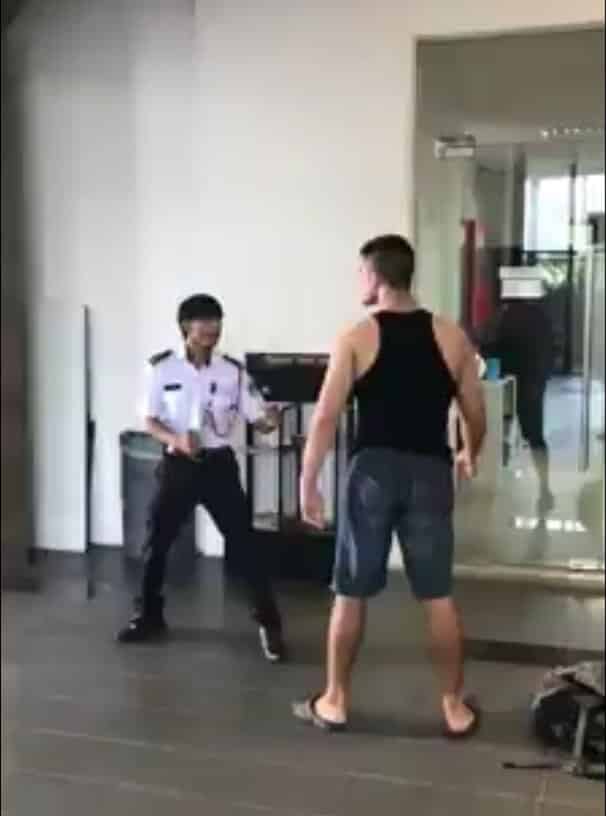 Live from USJ One condo. MMA fighter took on the guard that did not allow him to go up the condo.”

The colossal fighter can be seen taunting the small guard, as they argued back and forth. It remains to be unknown, however, why the guard did not allow the big guy to enter the vicinity.

Eventually, the man threw an Anderson Silva-like kick, but the guard did not flinch. To his surprise, the guard leaped forward and went for the legs. People commented their praises and applauds, as they did not expect such bravery from an underdog.

The intruder kicked the guard but he deflected the attack. 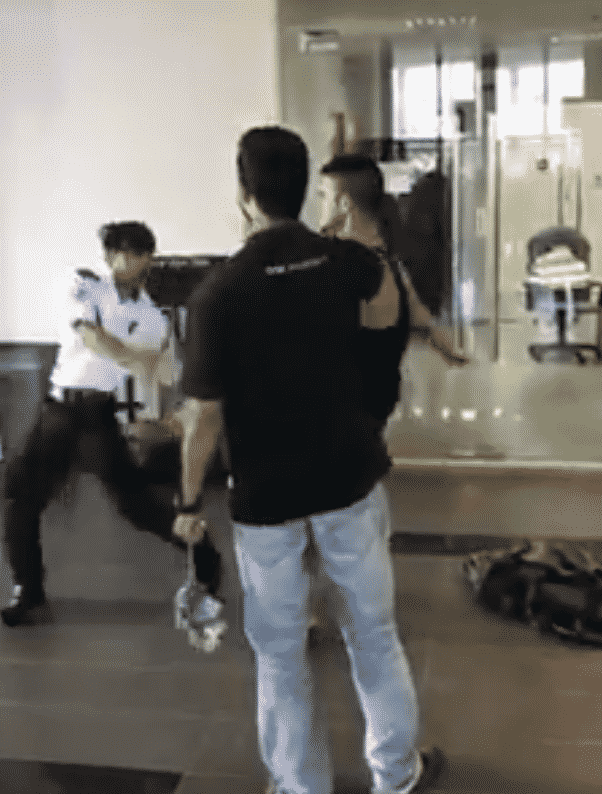 One user had this to say:

Hope these guys get a promotion and raise after this.”

The MMA fighter was known to be Darriush Kha Lili. He reportedly admitted his fault and went to apologize for the turmoil.

The mixed martial artist was known to be Darriush Kha Lili in Facebook. 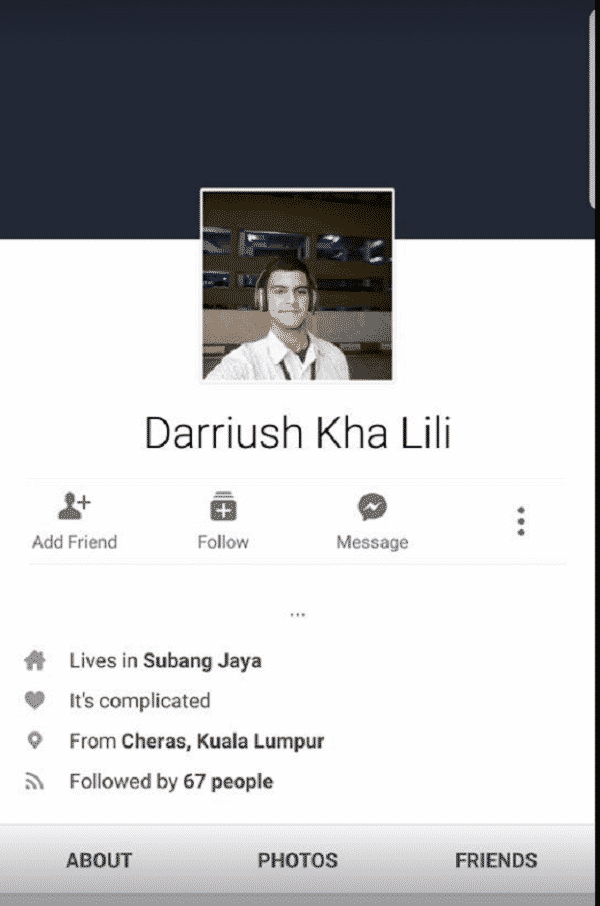 Due to his size, four security guards were needed just to overthrow him. He was later on detained using a string.

While most viewers appreciated what the guards did, some were furious. They believe it was not the right thing to do, as the fighter could have been a guest whatsoever.

The guards were finally able to neutralize him. 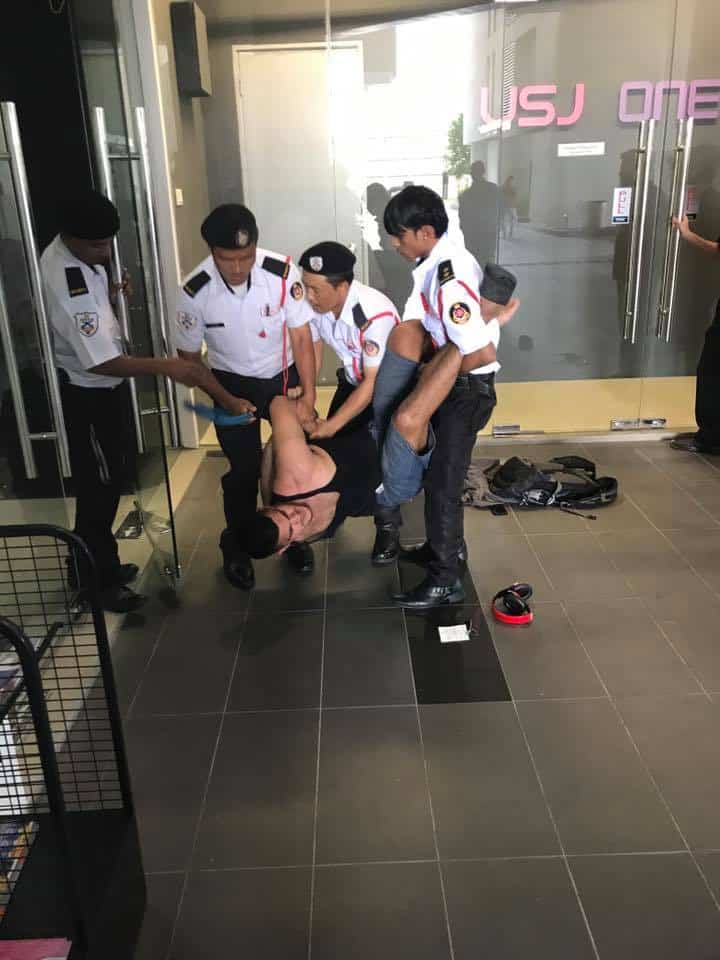 The authorities came and took the MMA fighter in custody. 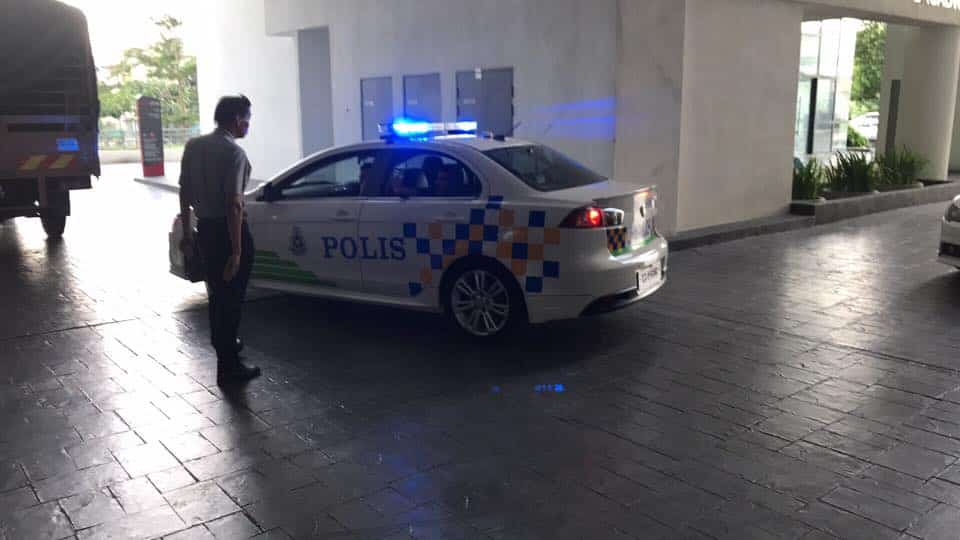 Another user asked about the incident and said:

Is this the ‘standard.procedure’ for apprehending an intruder?”

Regardless of who was right, people were amazed by the guard’s bravery in standing up against the MMA fighter. As for the fighter, the incident was certainly a lesson for him.

Check out the video below and let us know what you think: