Things are getting interesting since Khabib Nurmagomedov defeated Conor McGregor then started a controversial brawl. The Russian fighter might finally leave the Ultimate Fighting Championship for good. After all, 50 Cent has offered $2 million if Khabib joins Bellator MMA.

Curtis Jackson recently expressed his support for Khabib after the fighter’s winnings were withheld by Nevada State Athletic Commission (NSAC). 50 Cent then declared that he would pay Khabib $2 million if he joins Bellator where the rapper has a promotional and licensing agreement. Interestingly, Khabib’s response suggests he is interested in the offer. 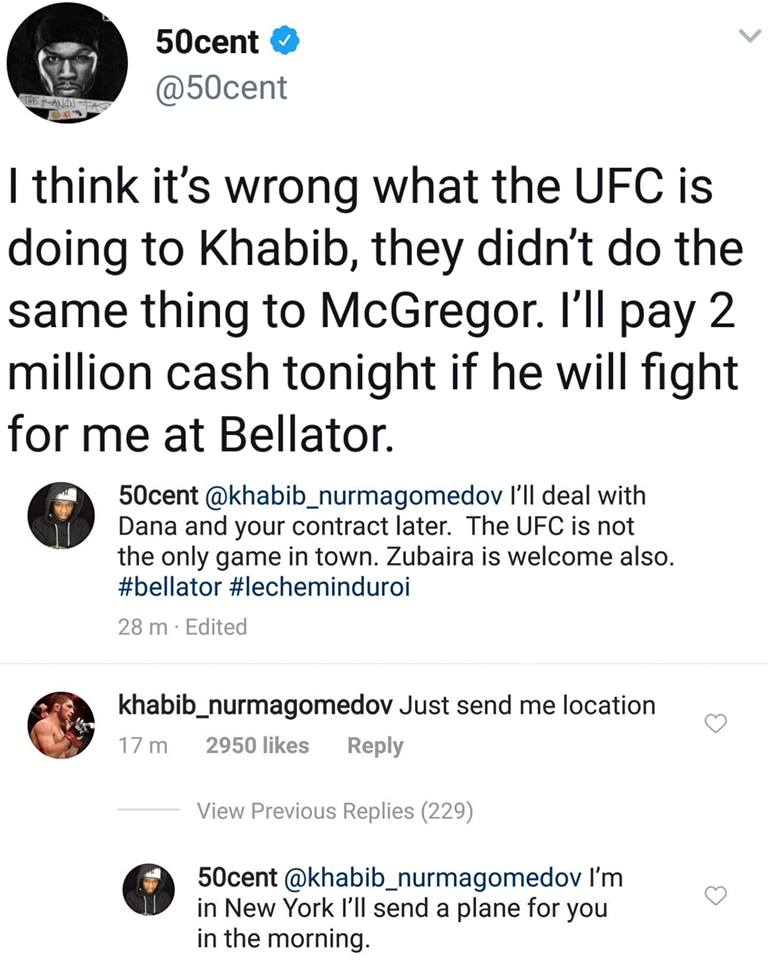 Khabib quickly answered, “Send me location.” His response immediately had people wondering if the mixed martial artist is going through with his threat to quit UFC. After all, Khabib announced he would leave the company if they fire his friend Zubaira Tukhugov.

Jackson had actually invited Zubaira to join Khabib in Bellator as well. The rapper even stated that he would discuss Khalib’s release from his contract with UFC president Dana White.

So is this actually happening? 50 Cent declared he would send a plane to collect Khabib so they could discuss his transfer to Bellator. The rapper was clearly eager to sign the UFC Lightweight Champion as soon as possible. 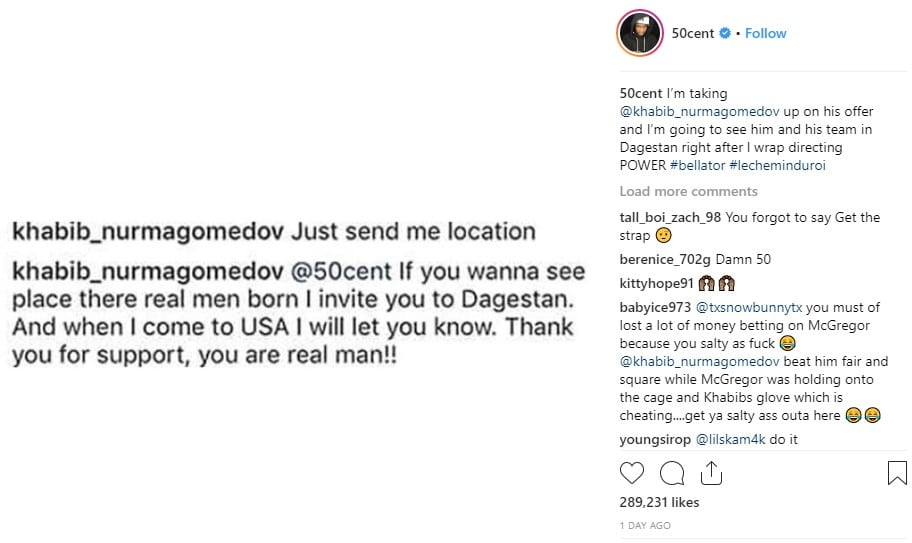 It might be too soon for Bellator to celebrate. Khabib sent a counter offer to 50 Cent, inviting him to visit Dagestan. According to the fighter, it is where “real men” are born. The rapper says that he accepts the invitation.

Khabib is clearly out to prove he is the best. He also called out Floyd Mayweather for a match and taunted the boxer for not being able to “drop McGregor.”

Bellator president Scott Coker has stated that he is not interested in getting involved with Jackson’s plans for Khabib because “the commission’s involved.” In the meantime, Khabib is temporarily suspended from UFC by the NSAC.