Moms and dads do not have it easy. Taking care of the children and the household can be pretty daunting tasks. Parents-to-be should prepare themselves for the horrors of parenting.

A dad recounted an incident that will probably urge some to use birth control. Just when Jesse Mab-Phea Hill thought that he got parenting down, his daughter turned his world (and stomach) upside down. He was about to enjoy his dessert when he smelled something foul that made him lose his appetite.

So I was having a pretty good day. Dropped the boy off at school, worked out, let the dogs outside and began chilling like a boss in my man cave in the basement.

Mayra was out teaching her workout class, Alessandra was sleep in her room and the dogs were outside. I had the house to myself and I was taking full advantage of watching unimpeded YouTube videos.

I decided I wanted a piece of the chocolate cake we made for Jesse’s Cub Scout thing the other day, so I made my way up to the main floor. As I’m going upstairs I smell something foul. I scan the basement from the stairs thinking the dogs dropped a deuce before I let them outside. I see nothing….. And then my blood runs cold when I realize the stink is coming from the upper floor.

Dad is horrified when he saw the room 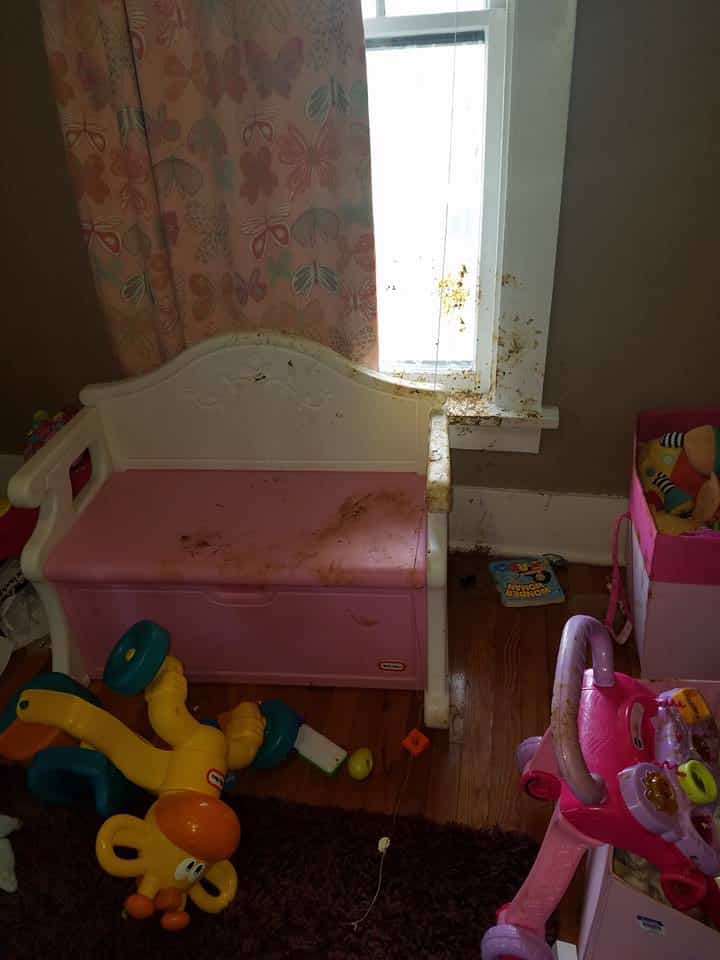 “I run up the stairs screaming ‘no, no, no, no,’ till I get to Alessandra’s room. There she is, standing at the baby gate, butt naked, holding her diaper, covered head to toe in her own crap. “I’m not talking a little poop here and there on her. I’m talking layered on globs of human fecal matter covering her arms, legs, face, and HAIR. It’s bad. It’s worse than any other time she decided to explore in her diaper.”

Poop is on the walls, chair, and toys 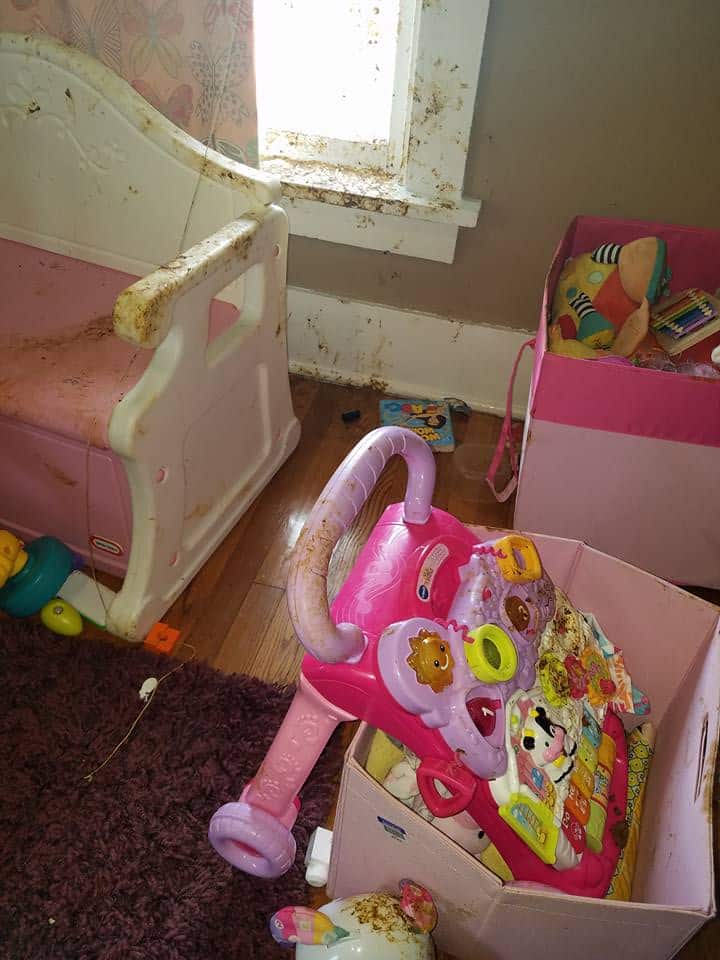 He could not believe his eyes with what he saw and he admitted that he wanted to run away from the scene. However, he knew that he couldn’t.

“I was tempted to close her door, wait till Mayra got home and pretend like I was sleep so she would have to deal with it. But yesterday was Mexican Mother’s Day and I didn’t want to be a dick.

There is literally no good place to pick my daughter up to get her to the bath, so I just knock the baby gate over so she can walk out on her own terms. Instead of walking out of her room she smiles up at me and extends her arms for me to pick her up. I yell ‘Hell No.’ After a brief stare off she walks out of her room, pass me and heads down the stairs.”

The culprit after the poop incident 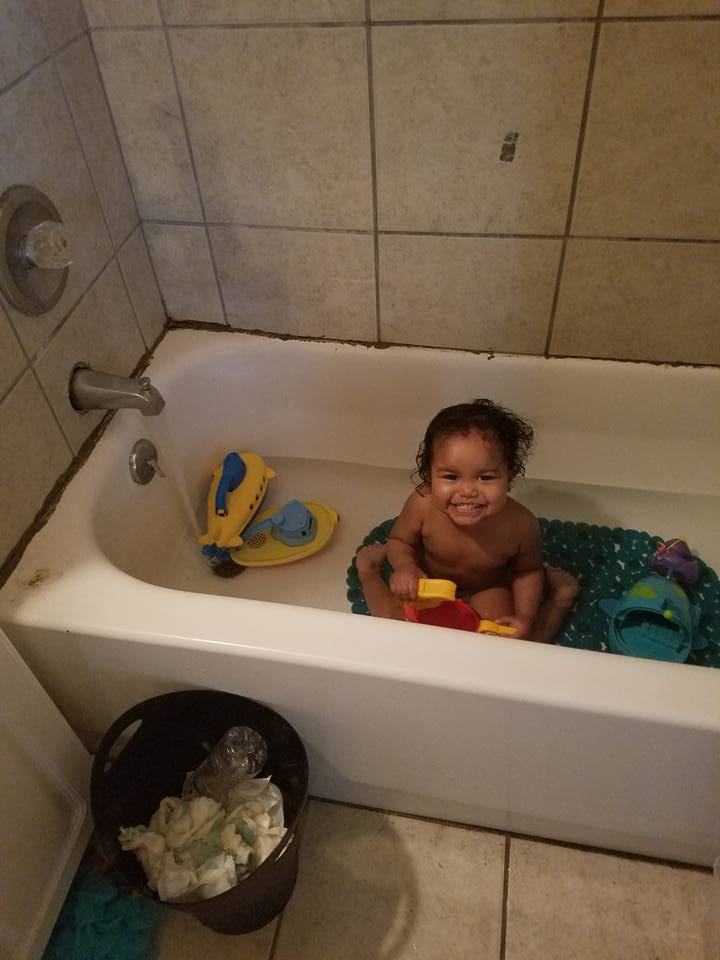 “The whole time she’s in the tub she tries to touch me with her sh*t covered hands and I scream like a pre-pubecent girl and dodge her. After 20 minutes I pick all the crap out of her hair, bottom of her feet and everywhere in between.”

After giving his daughter a refreshing bath, Hill has to tackle her room also covered in poop. He took a good look around – the walls, cushions, and toys are all covered with fecal matter.

Dad's face after experiencing the nightmare 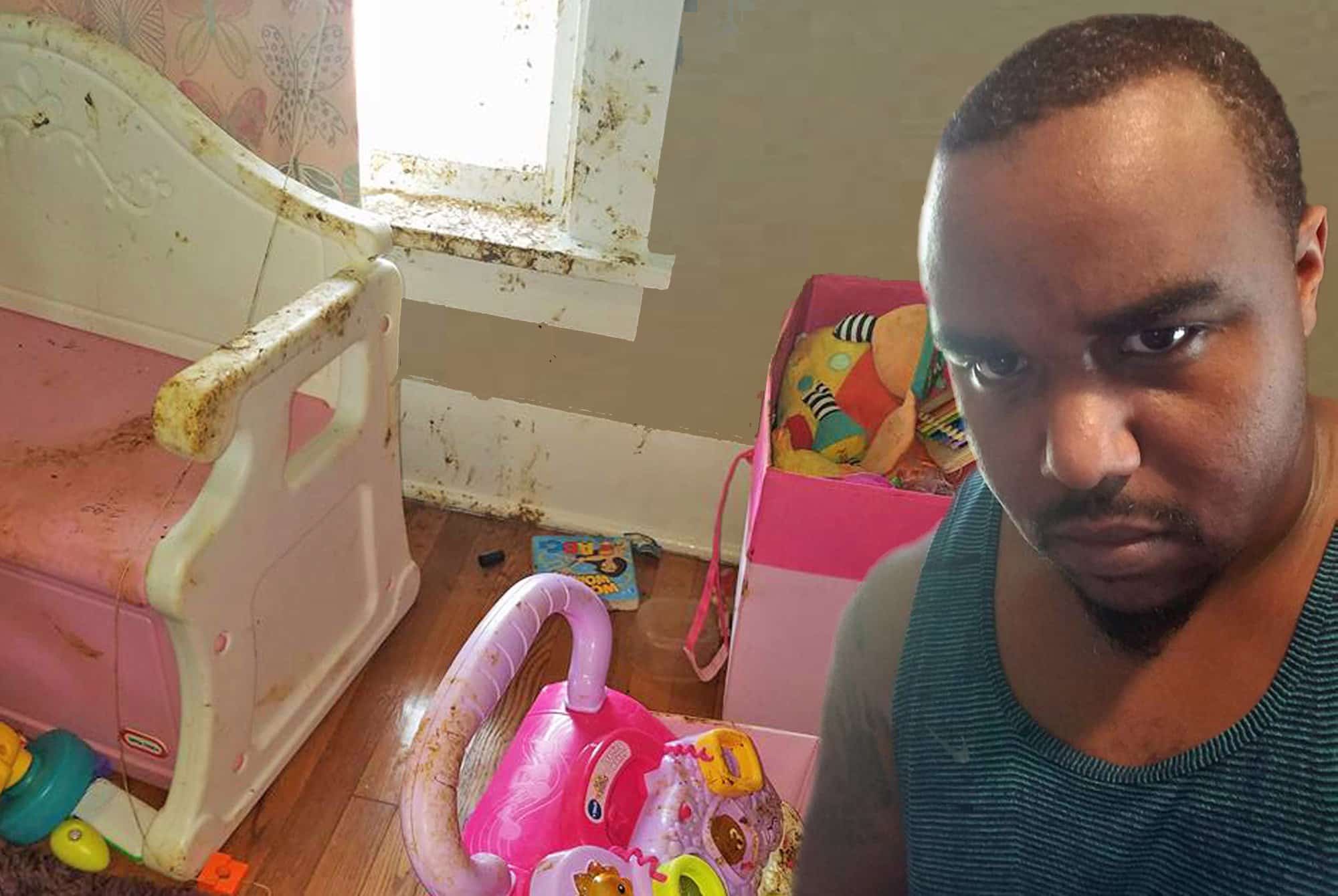 “I walk in her room slowly and am greeted with a scene straight out of a German fetish dream. Everything on the right side of the room is covered in steaming baby crap. The walls, the toys, the windows, the curtains, the play bench, the floor, the baby piano, my hopes, all covered in crap. It looked like a real category 5 sh*t storm blew thru her room. Hurricane sh*trina if you will. I have no clue where to start. So I call Mayra.”

Many people found his tale hilarious and gave him a nod of approval as his post went viral.