Aside from their crispy fried chicken, one thing we love about KFC is their brilliant marketing. Remember that time when they sent a Zinger sandwich to space? That was indeed one of the most ambitious ways to advertise a product – like ever!

Now the popular fast food chain has once again hit viral fame with their brand new Hot and Spicy ads over at Hong Kong. Although this is a bit low key compared with the above-mentioned space launch, it still definitely grabbed a lot of attention on social media. 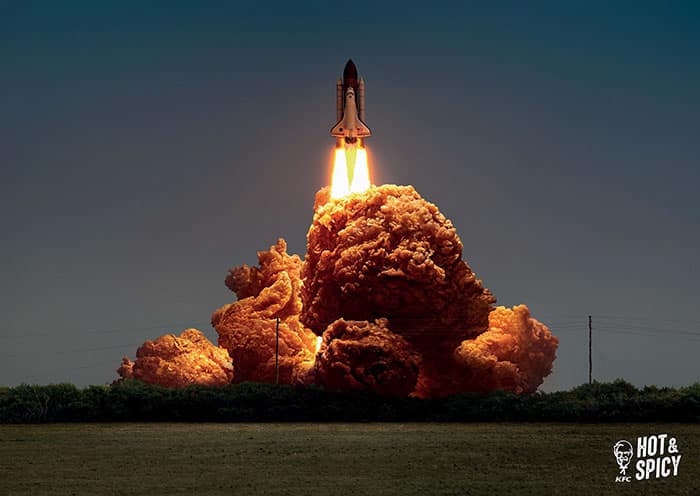 As you can see in this photo above, it looks like the marketing geniuses of KFC went to work again to came up with something really hilarious and attention-worthy. This first one, shows a space shuttle taking off with flames under it.

Or wait, those aren’t flames, right? If you pay close attention, you will notice that it’s an optical illusion and its actually fried chicken all along!

A speeding race car – and a gigantic fried chicken. 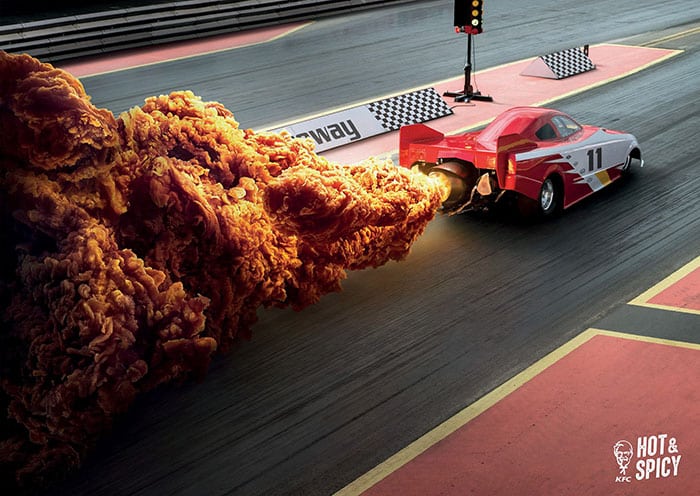 Meanwhile, the second ad features a race car making its way on the race track with pieces of KFC chicken behind it, looking like flames and emissions. 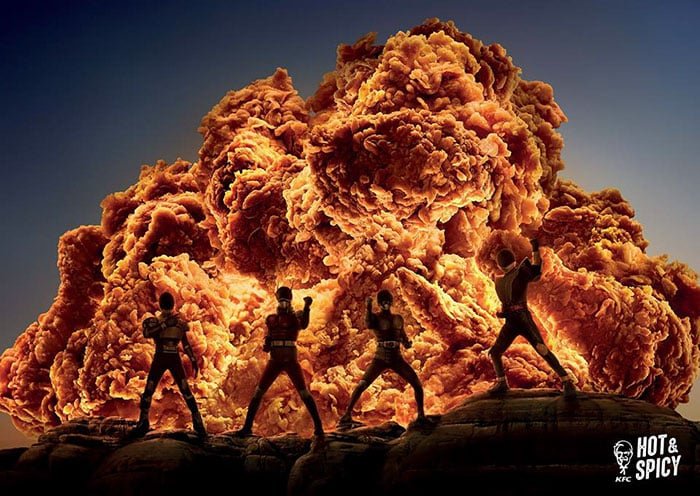 Last but not the least, we see several Kamen Rider heroes standing together, each in an action pose, with a big explosion behind them. As usual, chicken were once again used in this ad that totally takes us back to our childhood days.

In a BoredPanda feature, we learn that the cool campaign was created by Ogilvy Hong Kong. 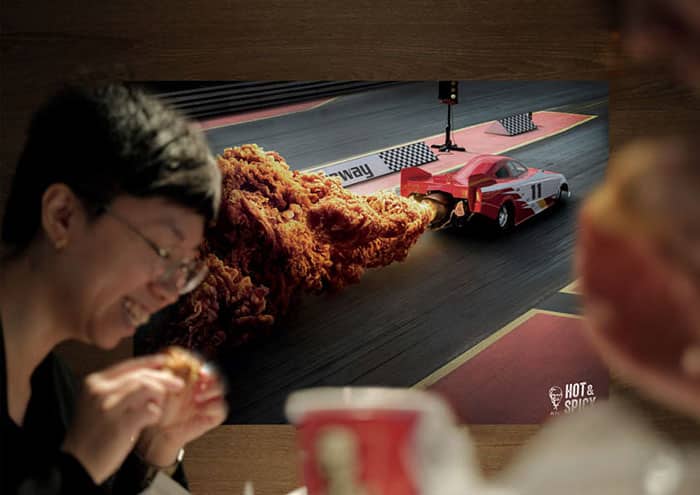 Asked about how they came up with the unique idea, creative director John Koay shared:

“We were sitting at our desks one night eating KFC, thinking about how could we show the hot sensation without showing the cliché of people with tears rolling down their eyes or tongues sticking out.

So far, feedback has been generally positive about the three ads.

This just goes to prove that with creativity, even silly ideas can actually turn out awesome. 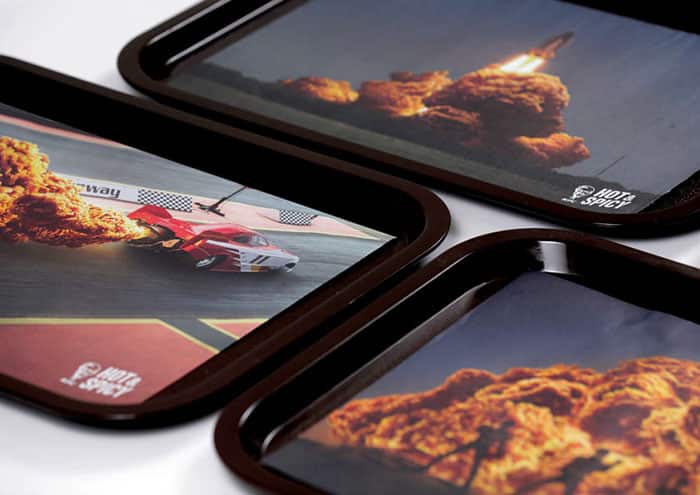 Kudos to the team for a job well done!