In what is probably the most elaborate (and extremely expensive, too, we suppose) advertising campaign ever in the history of the world, Kentucky Fried Chicken has officially announced that they will be launching a Zinger chicken sandwich into space. And yes, they are dead serious about it.

In fact, Kevin Hochman, President of KFC US, has issued a statement, saying “We’re excited to be the ones pushing spicy, crispy chicken sandwich space travel forward.”

According to a Distractify report, the sandwich’s flight “will last four days and sail through the stratosphere, at about seven to 30 miles above the earth’s surface.”

"Here is your first official look at the Zinger's space vessel. Yes, we are actually building this. #SpaceSandwich" KFC posted on Instagram. 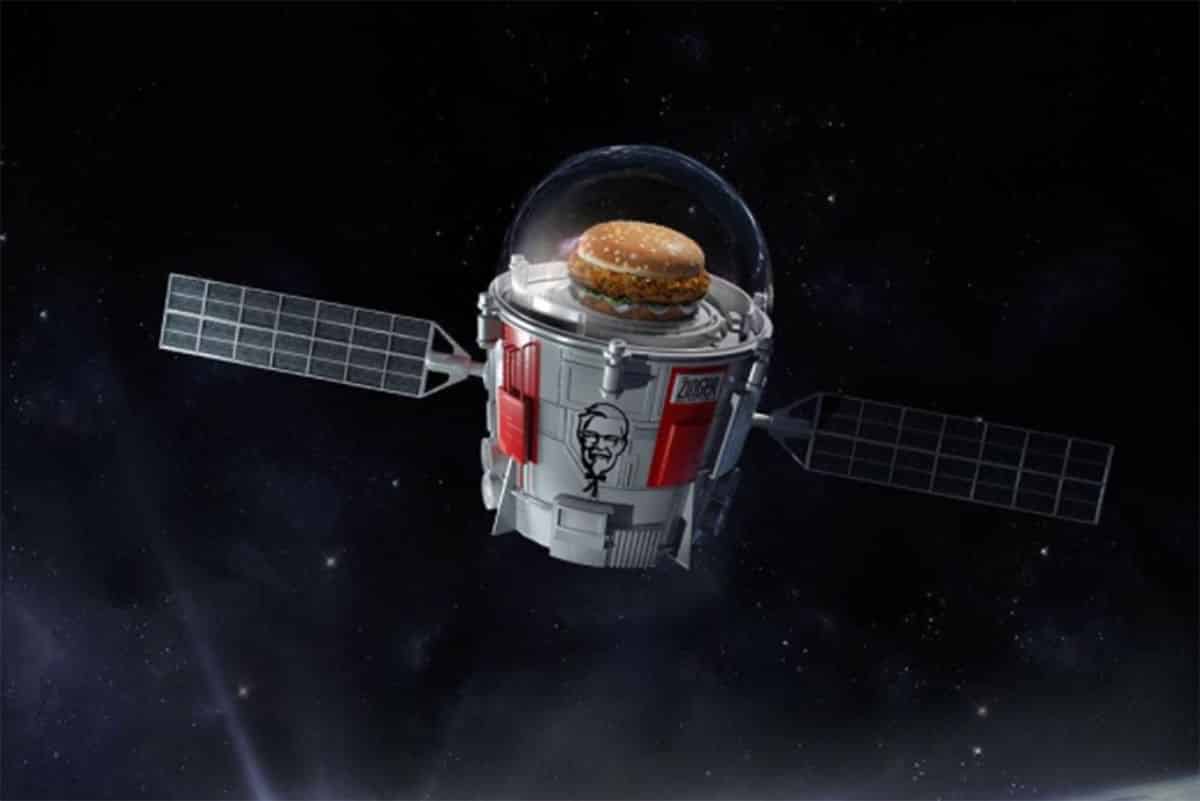 KFC is sending a Zinger chicken sandwich into space soon. No joke!

Sure, some people might immediately think that sending a sandwich into space sounds ridiculous, but actually, the company is doing it partly as a way of supporting a private space travel company called World View.

KFC is partnering with World View, a private space travel company, to make the project a reality.

In an interview with Mashable, Jane Poynter, CEO of World View, shared:

“When we were first contacted by KFC to send a Zinger into space, we obviously thought it was quite funny.

“But we quickly realized this was a great opportunity for us to publicly demonstrate our breakthrough Stratollite technology to a large audience while simultaneously financing a significant portion of the vehicle’s development.”

The said flight will be broadcast live via the internet, KFC and World View confirmed.

“We’re going to learn a lot about long-duration stratospheric flight, while at the same time developing and testing some core systems capabilities that we’ve never had before.”

“For example, this is the first time we’ll be testing our solar power system, which is the on-board, regenerative power system that will allow the Stratollite vehicle to ultimately fly for months at a time without interruption. We’re also developing and testing a real-time HD video downlink system, among other critical systems improvements.”

In the long run, World View is aiming to send tourists into space.

Who knows? Maybe aliens would like to taste food from our planet, right?

So yes, we will soon all be watching in awe as we witness a chicken sandwich beat us into fulfilling our space travel fantasies. Kudos to you, KFC!