You all know about the tragic story of Hachiko? His patience in waiting for his owner in the same spot even after his owner died has brought tears to the eyes of both dog lover and non-dog lovers alike. While Hachiko’s story happened back in the 1920s-30s, there’s a new dog who met an equally tragic fate.

A female dog name Loung has been spotted in the Sukhumvit Road, or Thailand Route 3, which is a major highway between Thailand and Cambodia. Apparently, she had fallen out when her family was travelling through the highway. Ever since she fell out of the vehicle, she had been waiting patiently for a whole year by the roadside for her owners’ return.

Loung has been waiting for a year for her owners to come back for her. 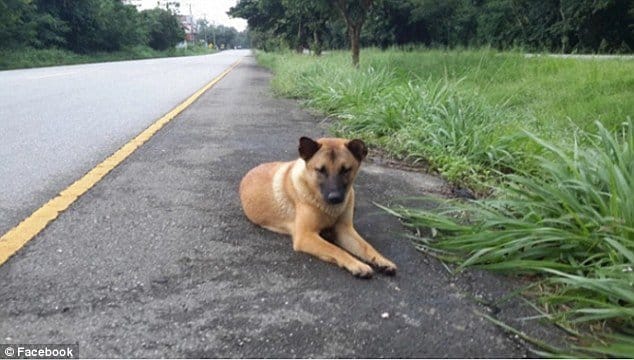 The locals in the village of Ban Nong Khon in Chanthaburi province saw her, and some would be kind enough to feed her. Eventually, Loung had become a local celebrity with the townspeople and those passing through the highway. Loung even has her photos up on Facebook.

There have been incidents of people on social media looking to adopt Loung and even claiming to be her owner. But their attempts were futile as Loung was adamant in waiting for her owner in the same spot, even if well-meaning folks wanted to give her a better home.

Many people wanted to adopt Loung, but she's insistent on waiting for her owner. 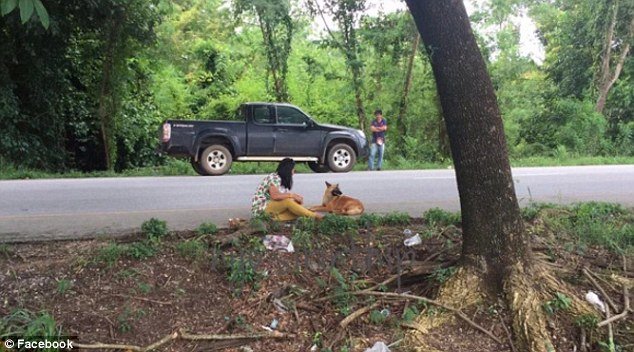 This is where the story turns tragic. For those of you looking for a happy reunion between Loung and her family, know now that this isn’t how the story of Loung ends.

The Bangkok Post reported that a dog was run over and killed by a vehicle along the highway. That poor dog was Loung.

Loung’s tragic fate has since become viral online, with photos of her in her final moments. Her true owners never came forth. However, a dog lovers’ club in Chanthaburi province has decided to give Loung a proper burial in the Tha Mai district.

For all you pet owners out there, always make sure to secure your pets in your vehicle while traveling. You never know when they might jump out and end up hurting themselves, or worse yet, they might end up like the loyal Loung whose patience in waiting for her owner spelled her doom.