Some people will do anything to get their 15 minutes of fame.

Like this man from India who had someone use a sledgehammer on his testicles. 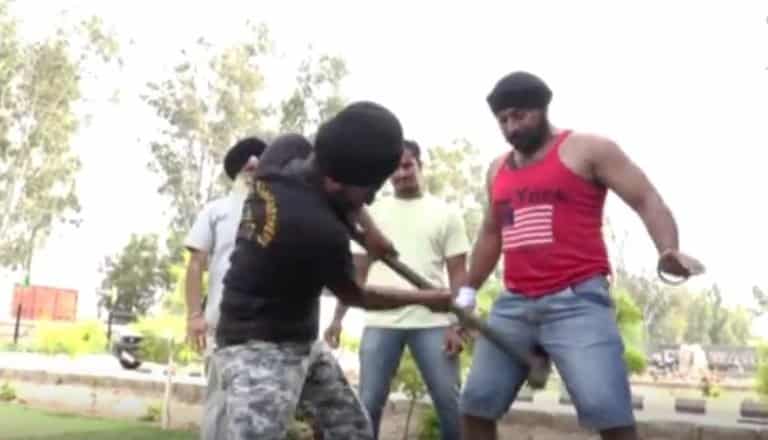 Amandeep Singh is a stuntman who is looking to have his name on the Guinness Book of World Records.

To do this, he performed 11 cringe-worthy stunts enough to make anyone shudder and run for the hills.

Apart from getting his nuts bashed in, this hardy stuntman halted 20 running motorcycles.

Using only the strength of his arms. 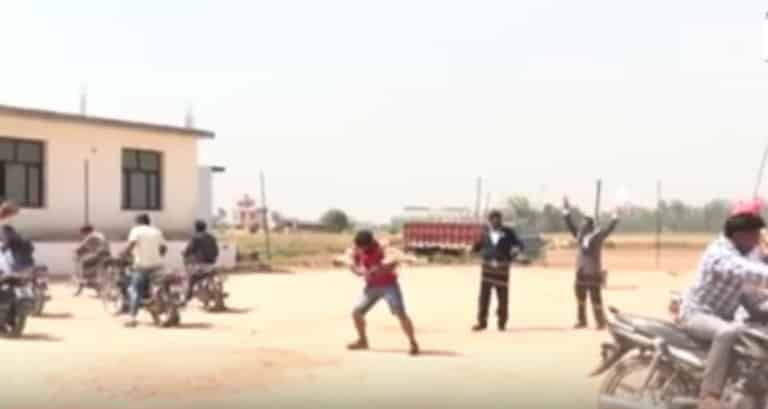 That isn’t all, he’s capable of doing, however. Amandeep has abs of steel, as well.

His stomach is so sturdy, he had a whole car roll over it! 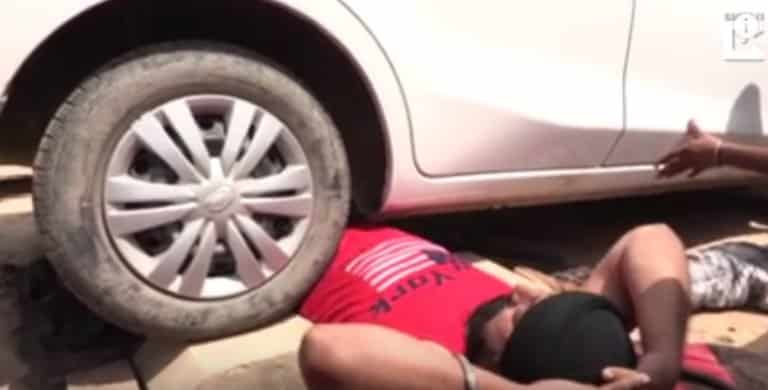 Which made having a man jump from a ladder and onto his belly chicken feed.

As light as a feather. 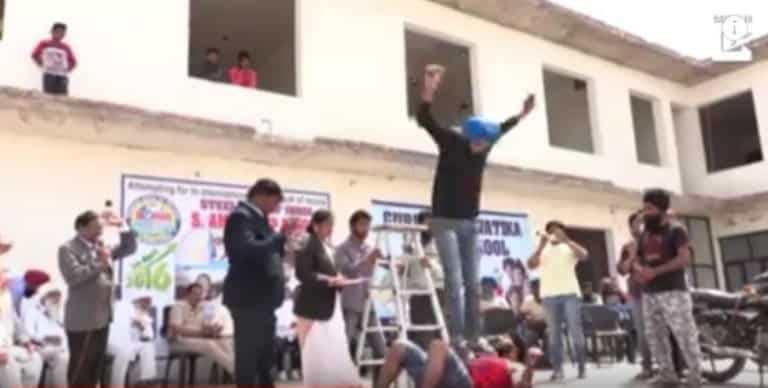 He proved his buns were metal-worthy by having a truck run right through it, too. 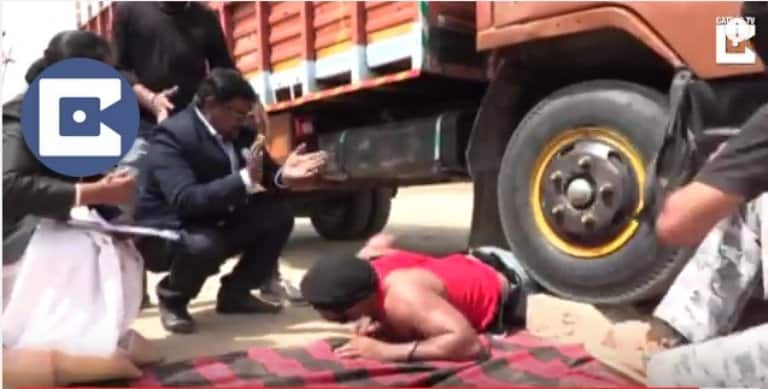 All throughout his feats of strength, Amandeep had his own cheering squad of turbaned assistants. Each time he performed one of his daring and dangerous stunts, they would raise their arms and proclaim his greatness.

As well as lift him up on their shoulders. 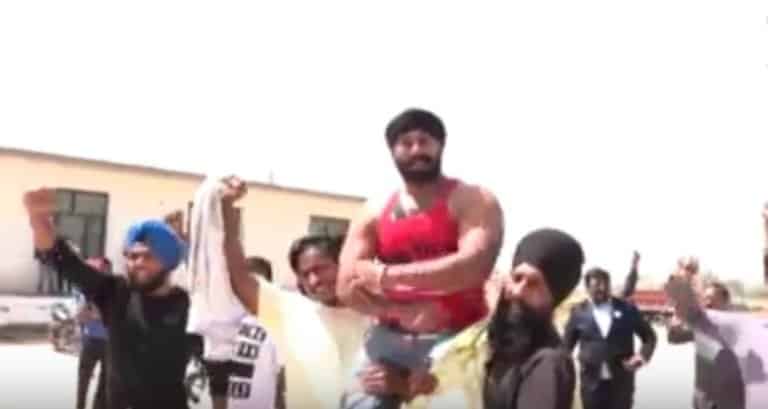 Amandeep’s reason for all of this is a strange one. He claims that despite his huge fan following, he hasn’t been getting much work as a stuntman.

He believes a spot in the Guinness Book of World Records will spread his name far and wide.

Breaking 53 beer bottles with nothing but his gloved hand. 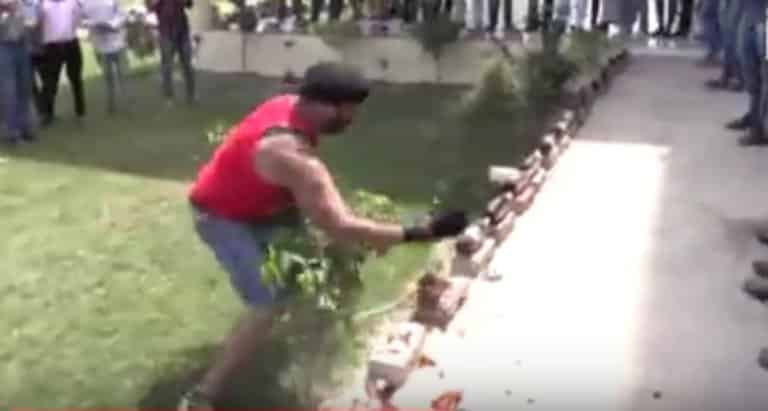 And carrying a full-grown man with nothing but his teeth. 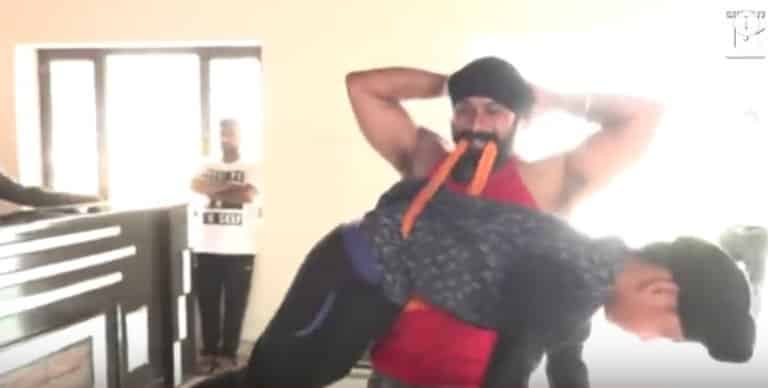 Of course, we mustn’t forget his nut-busting show stopper. 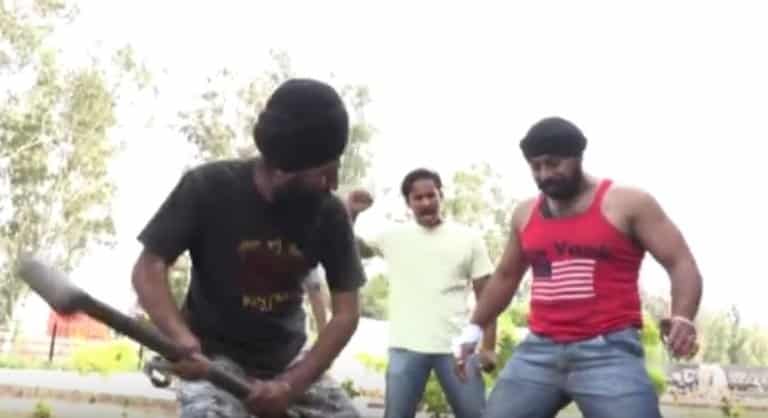 Here’s to India’s man of steel, and his record-breaking aspirations. May they land him the stunt job of his dreams.