Parents usually have a hard time entrusting their kids to other people most especially when it has to be a whole day of leaving them to strangers. However, to be able to provide for the family, parents have no other choice but to enroll their kids to a daycare or hire a nanny or a babysitter to fulfill some of their responsibilities to their kids. Trust can be an issue but picking the right person to do the job can make the difference.

Babysitters play an important role to families they serve. Not to mention, the safety of the kids greatly depend on them. Babysitters are still human though and it cannot be avoided for them to make mistakes but risking the lives of the kids with their errors can be something parents cannot forgive easily.

Babysitters are supposed to give their full attention to the kids they take care of and that means they have to stay awake during their duty. 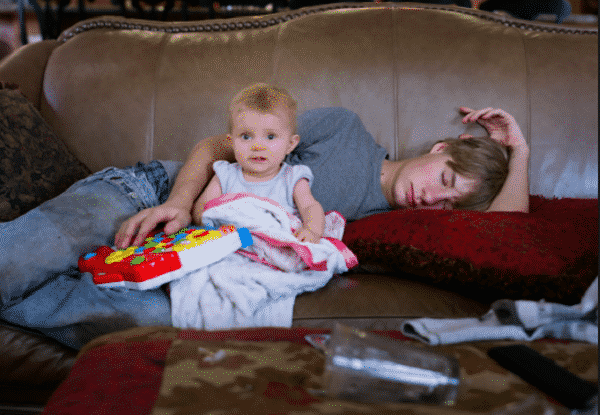 Indeed, this has been learned the hard way by one babysitter when she was caught sleeping by the family patriarch while she was on duty. The father could not let her negligence slip and resorted to a trick that became greatly controversial.

Christopher and his wife hired a babysitter to watch over their children while they were at work.

However, Sarah, the baby sitter, dozed off during her job, leaving the two kids unattended. 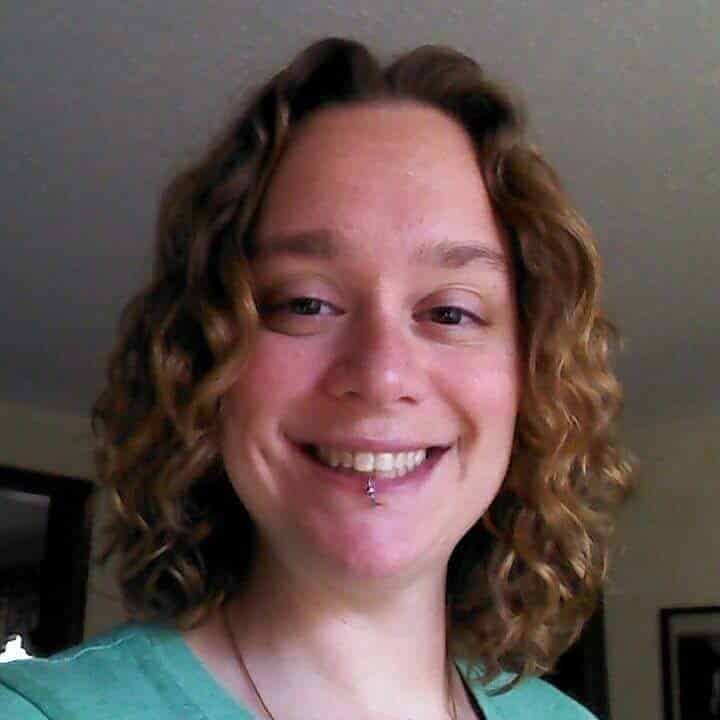 One day, when Christopher went to work, he realized he left some important papers, hence decided to return back to their home. To his shock, Christopher saw Sarah sleeping at the sofa which greatly disgusted him. To teach her a lesson, Christopher took photos and a video of Sarah before he decided to abduct his own children.

The father who hired Sarah was truly furious to see how he picked the wrong person to entrust his kids with. 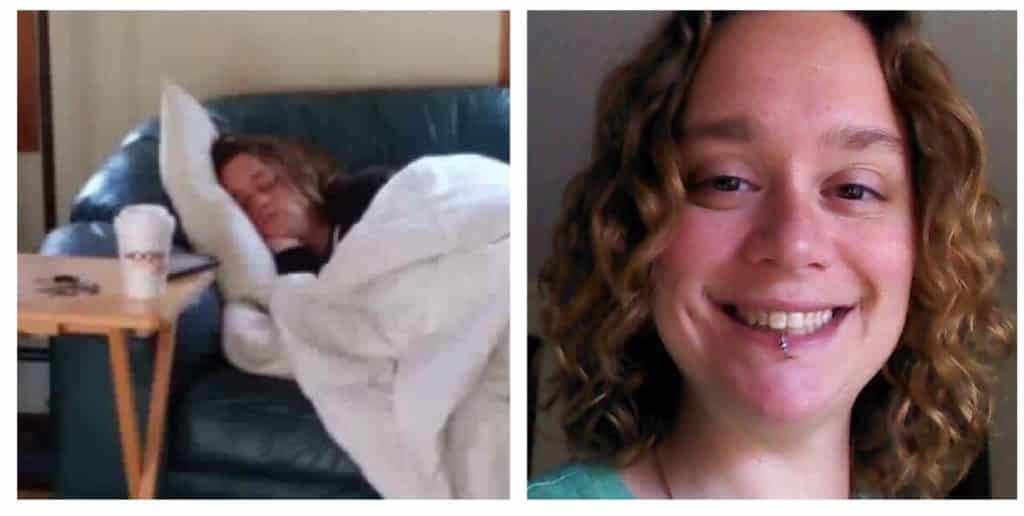 Two hours after taking his children, Christopher received several phone calls from Sarah who woke up to discover the children were missing. However, Christopher neglected the calls and kept their communications to text message.

Desperate Sarah continued to try calling Christopher who responded angrily via text messages instead. The father then advised Sarah to call the police which she said she already did. She said that the police however failed to give her a clear answer.

Christopher continued to play on Sarah and taunted her with angry messages. Later on, Christopher already revealed his trick saying he picked up his kids and that she is already fired from being the children’s babysitter.

Christopher staged a trick on the babysitter before firing her. 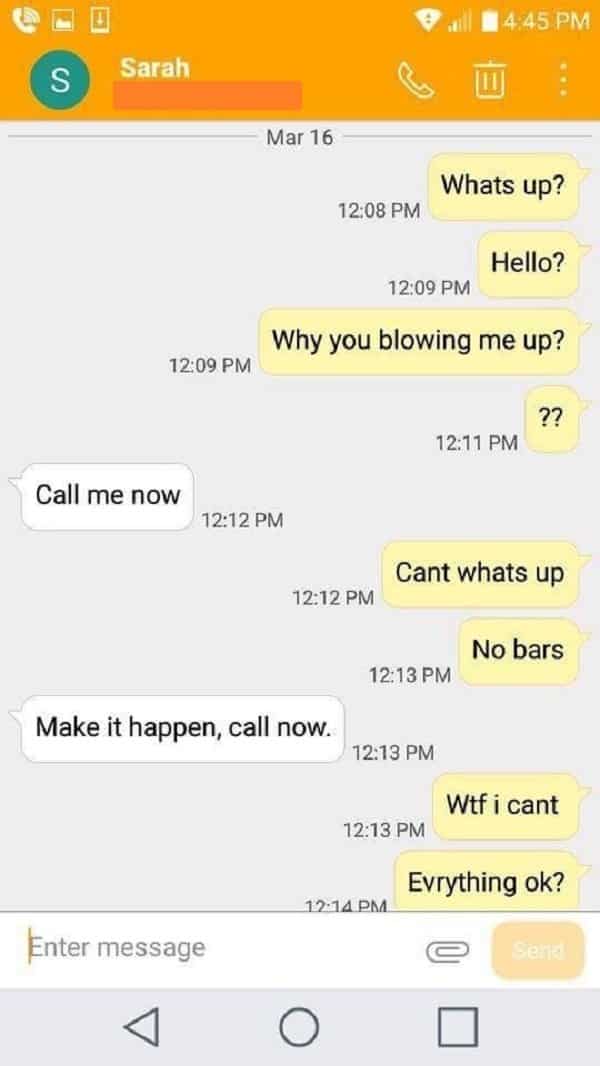 Sarah was then already in a panic as she could not find the kids and their father refused to take her calls. 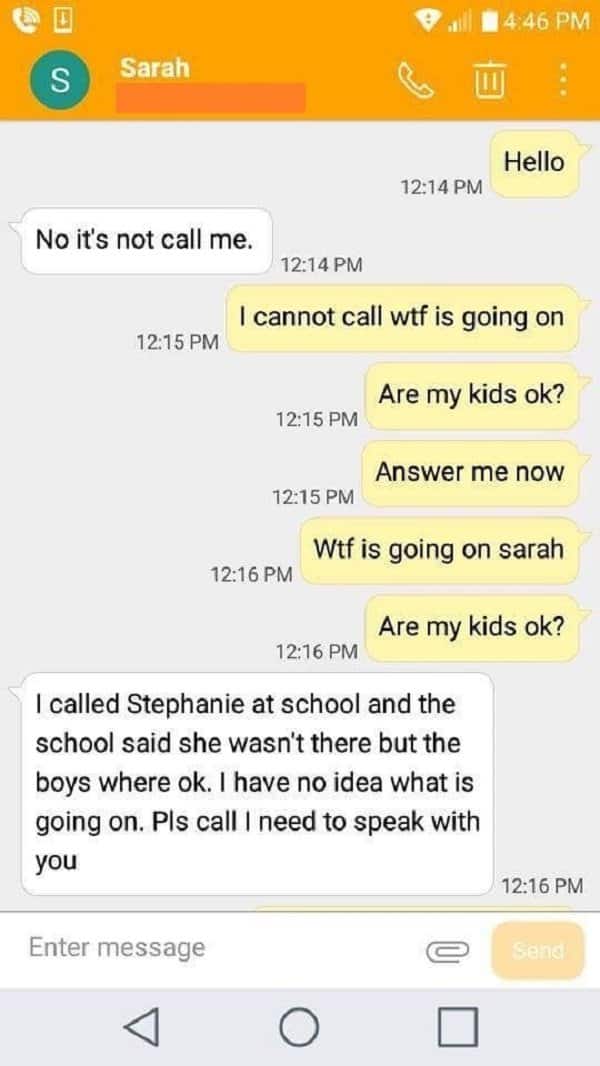 Christopher then lashed out on Sarah, acting like he didn’t know his kids’ whereabouts. 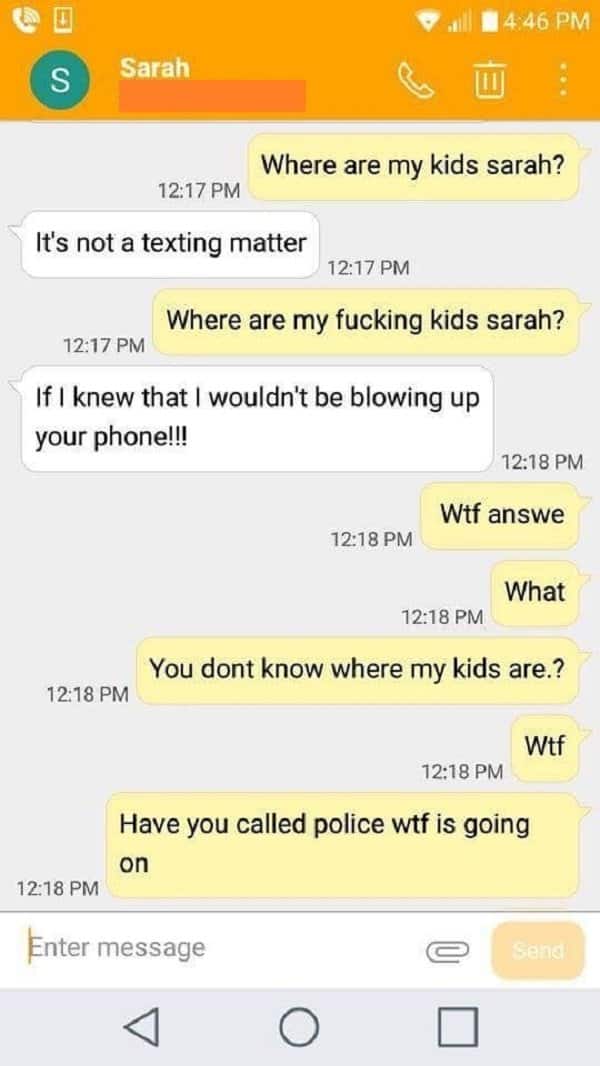 Finally, Christopher revealed how Sarah was setup and threatened to press charges for negligence against her. 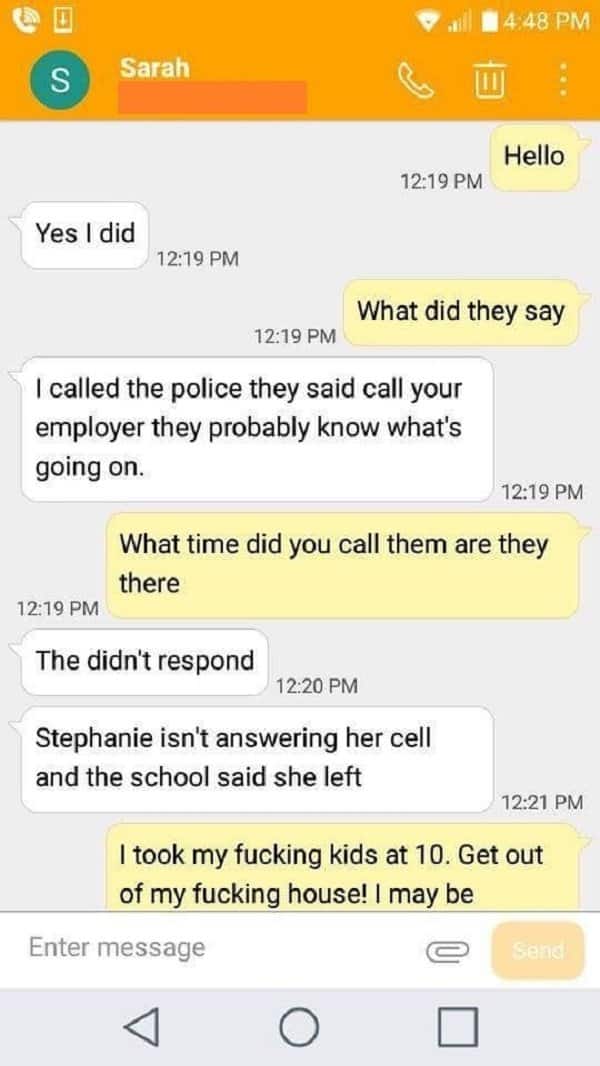 According to ViralThread, Christopher then warned Sarah about filing a complaint for her negligence but the father was advised that he cannot do so. This prompted Christopher to take his concerns to social media so others in the neighborhood would be aware of how a babysitter could be neglectful of their duties.

Sarah thought Christopher was only pulling a prank, but apparently, he was serious on filing a case. 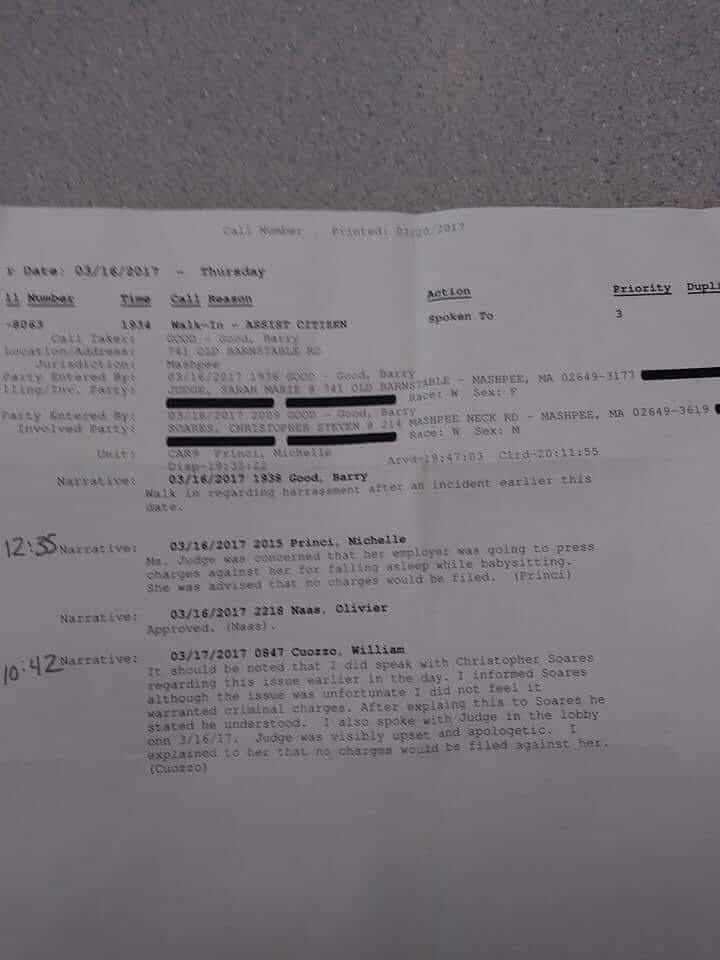 As it has become a debating matter, Facebook has already taken down the post but Christopher kept re-posting to reach more parents with his message. The father then defended his side to his critics saying he did the right thing. Sarah, on the other hand, kept silent about the incident.

The since deleted Facebook post of Christopher shared about the experience, but it apparently received a huge backlash. 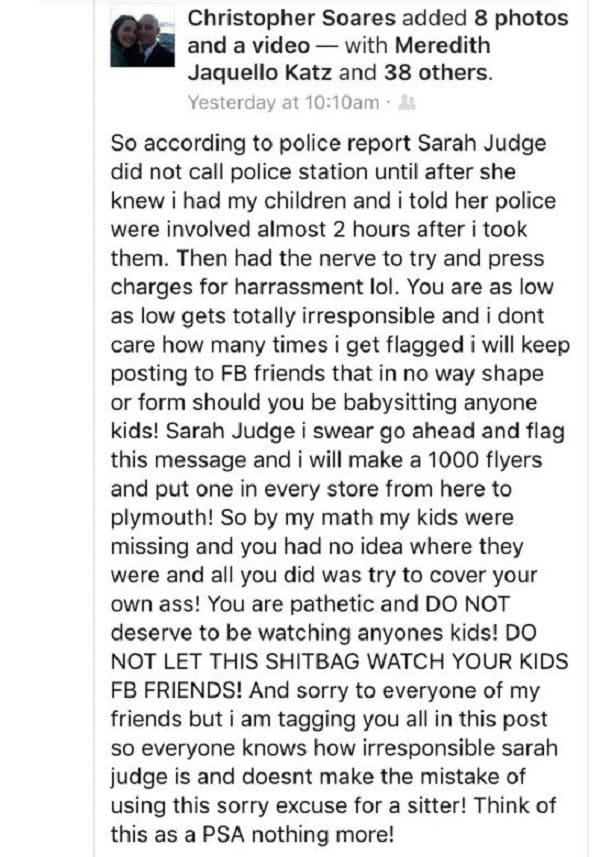 There were parent, however, who applauded Christopher as negligence can be life threatening. 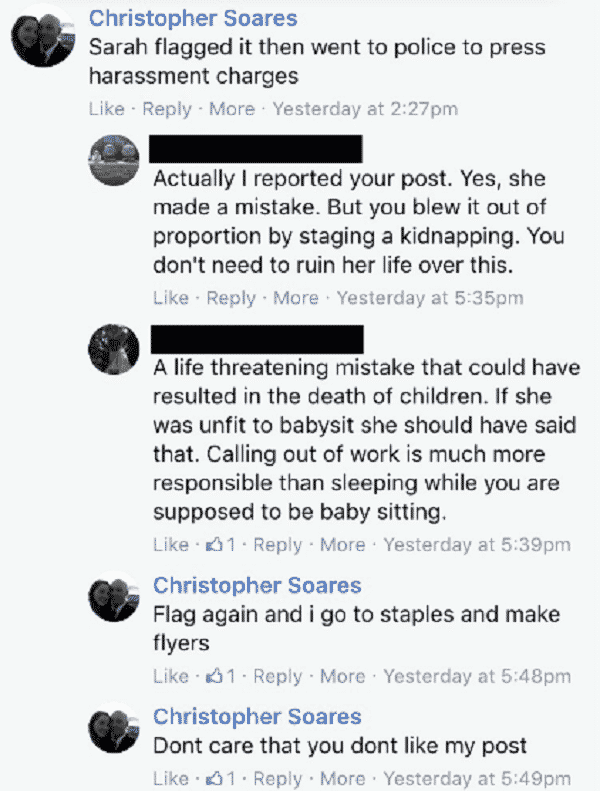