Canadian couple Steve Jenkins and Derek Walter thought they adopted a little pygmy piglet, a type of pig that doesn’t grow big. But it turns out, their adorable “tiny piglet” named Esther was actually a full-size commercial pig. In just two years, she grew up into a whopping 670 pounds of cuteness!

Despite of their ‘massive’ discovery, the couple still decided to keep Esther. They were even more surprised when they found out that their huge pet is actually intelligent and friendly. Since then, they decided to become vegans. They realized that eating other pigs, that are probably just as awesome as their pet, is terribly wrong. Esther also inspired the couple to devote their lives into building an animal shelter.

Esther was only 3 pounds when they adopted her. 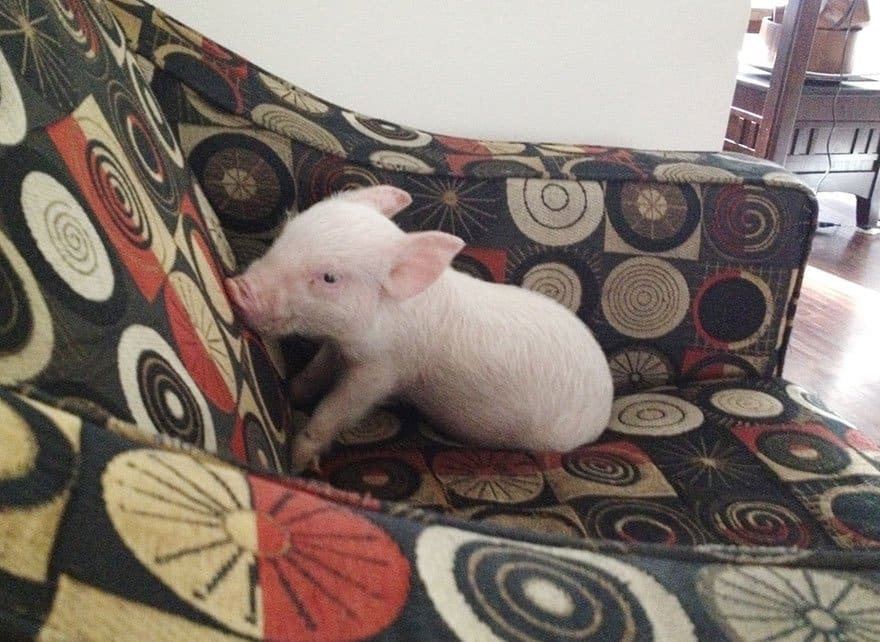 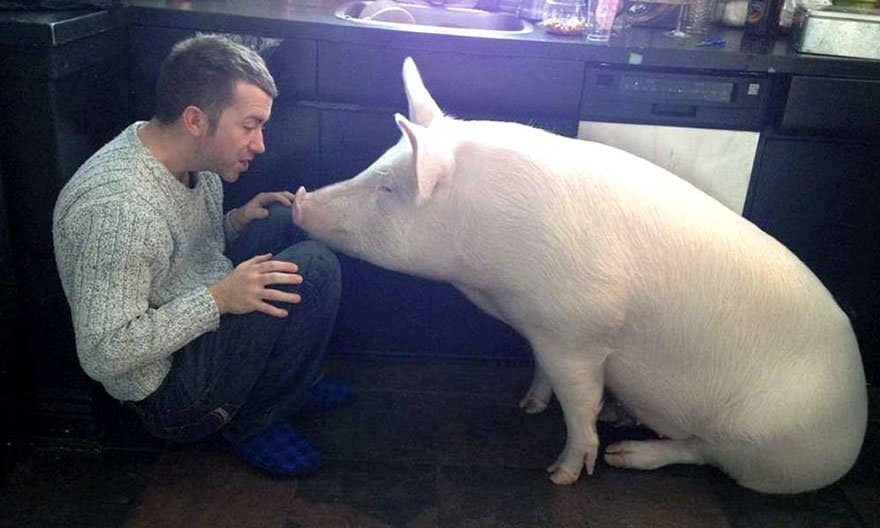 But they decided to keep her anyway… 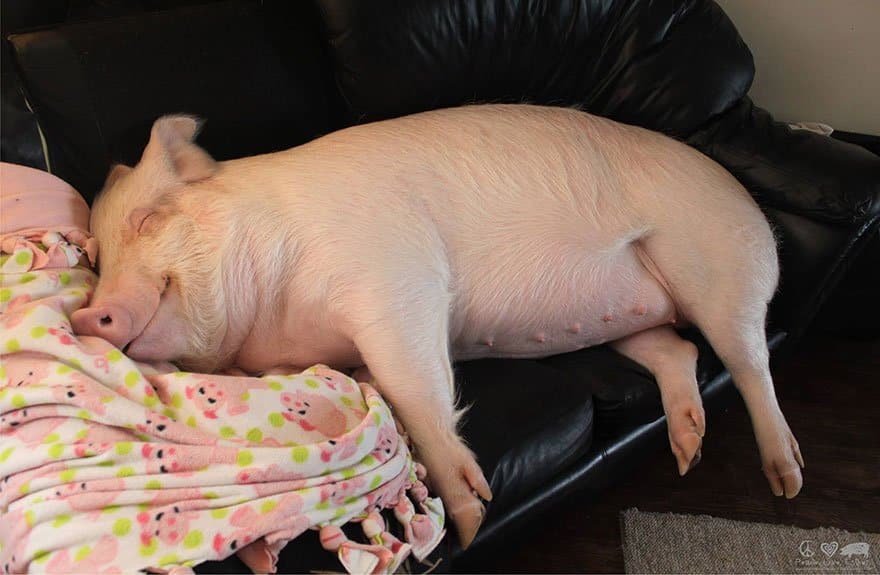 …and they never regret that decision! 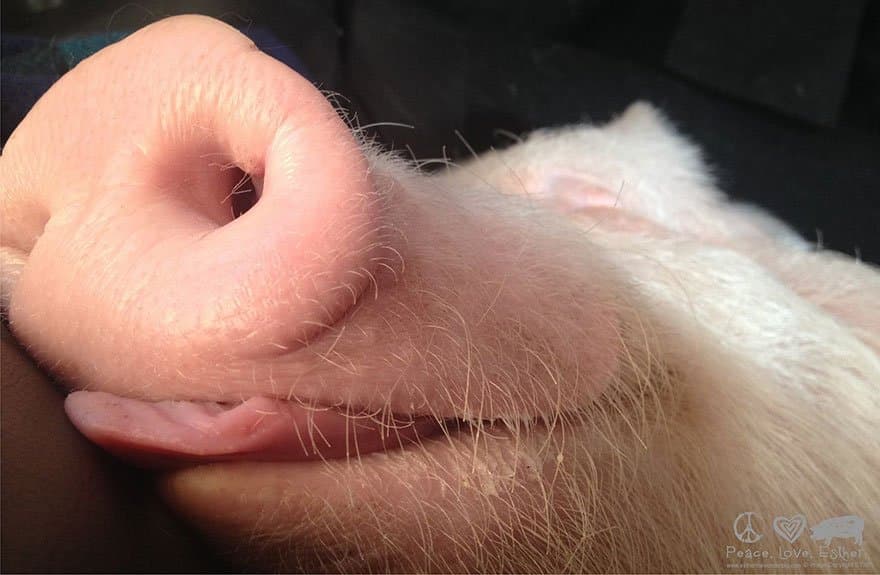 The family cat and dog are also cool with their over-weight pack member. 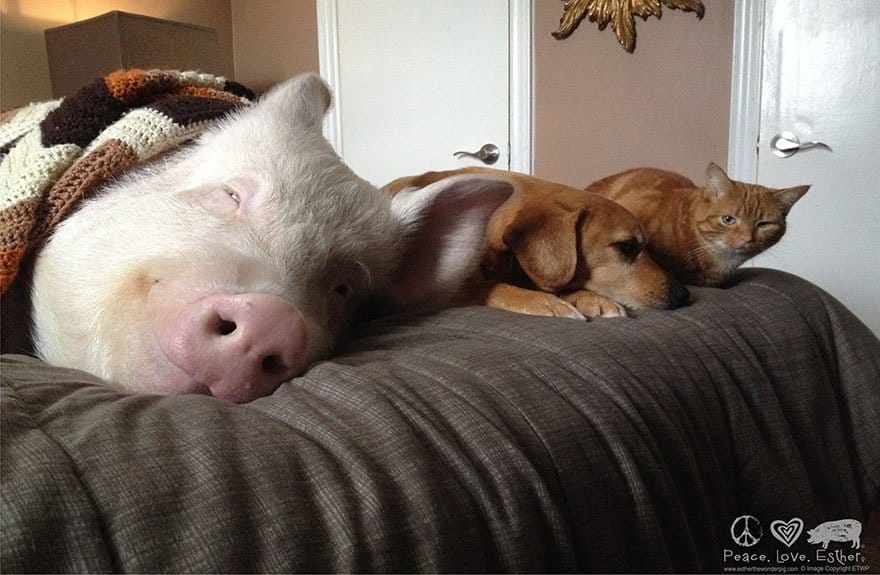 When they saw how intelligent and friendly pigs could get, they stopped eating meat 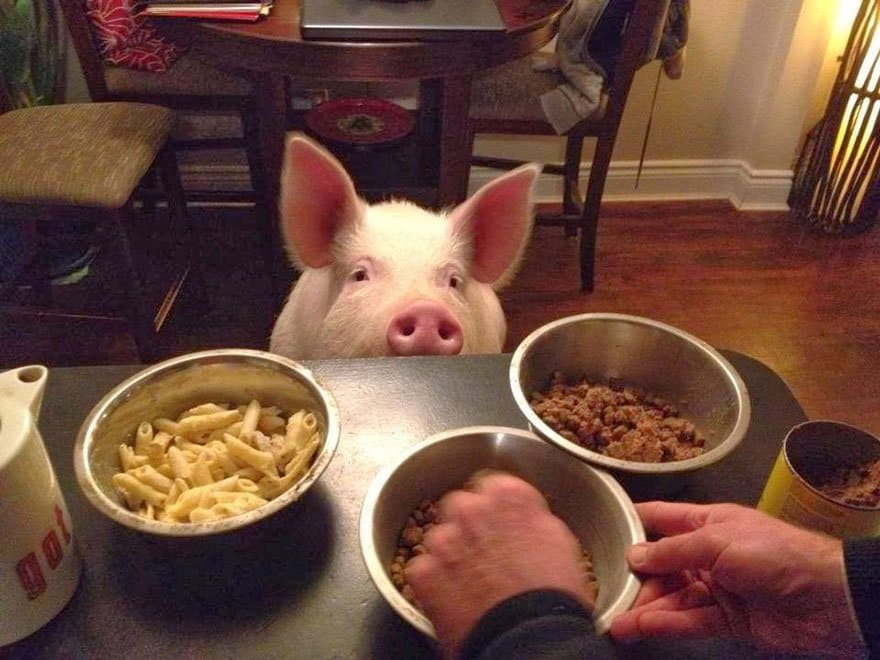 They both became vegan and decided to dedicate their lives to building an animal shelter. 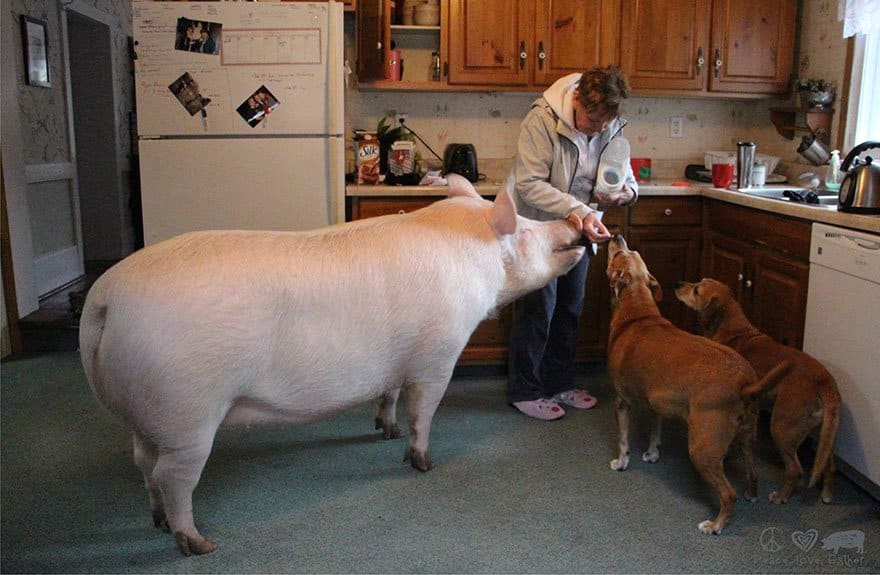 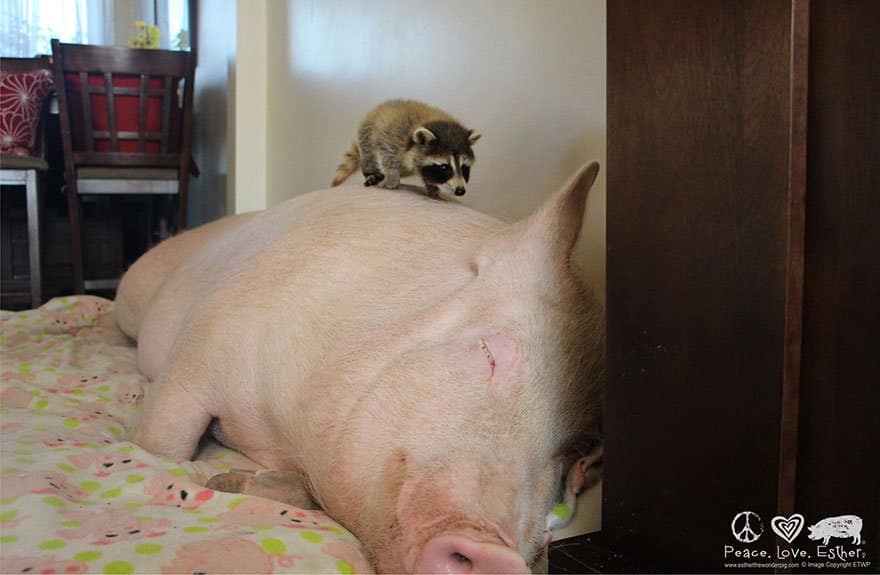 But they admitted that raising a pig is quite hard and isn’t for everyone. 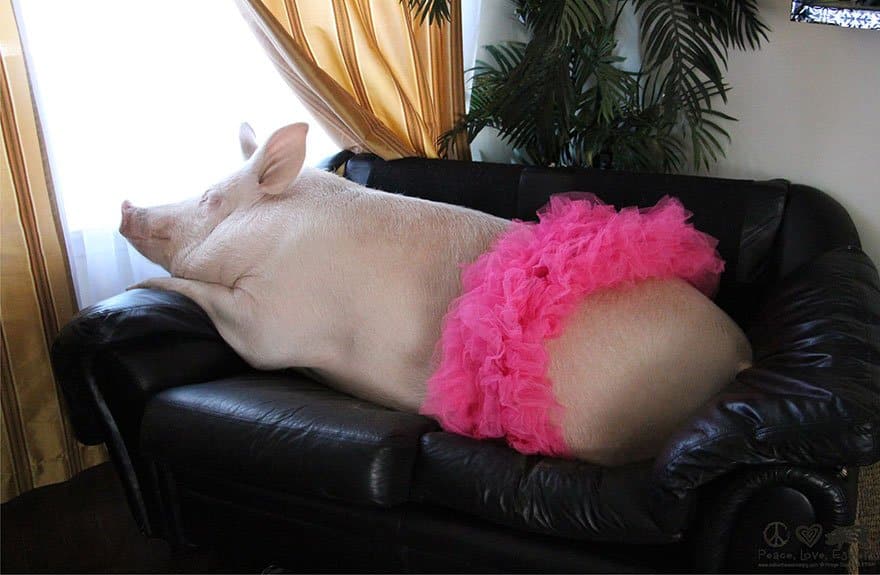 It can get pretty exhausting… 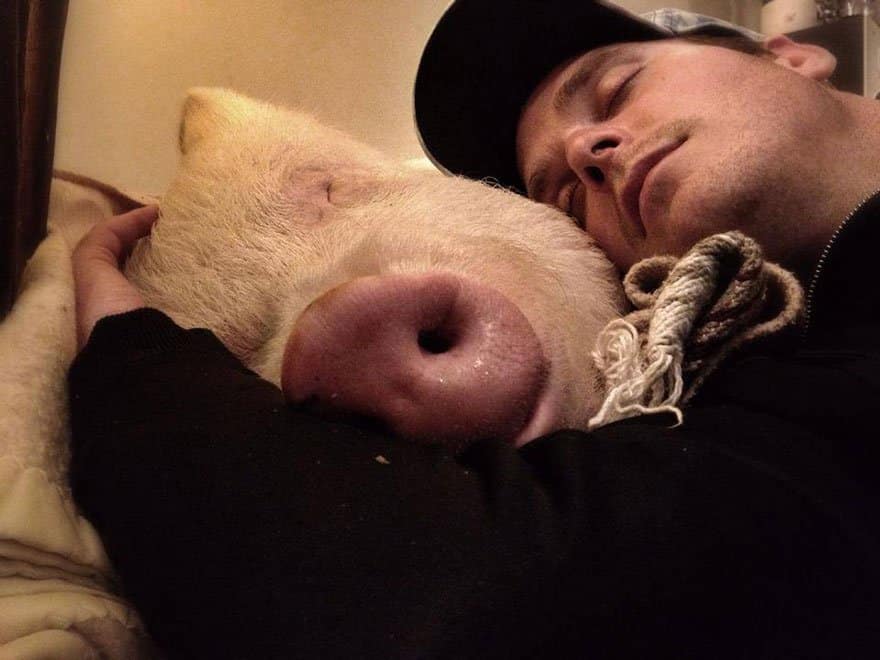 Esther requires a lot of attention! 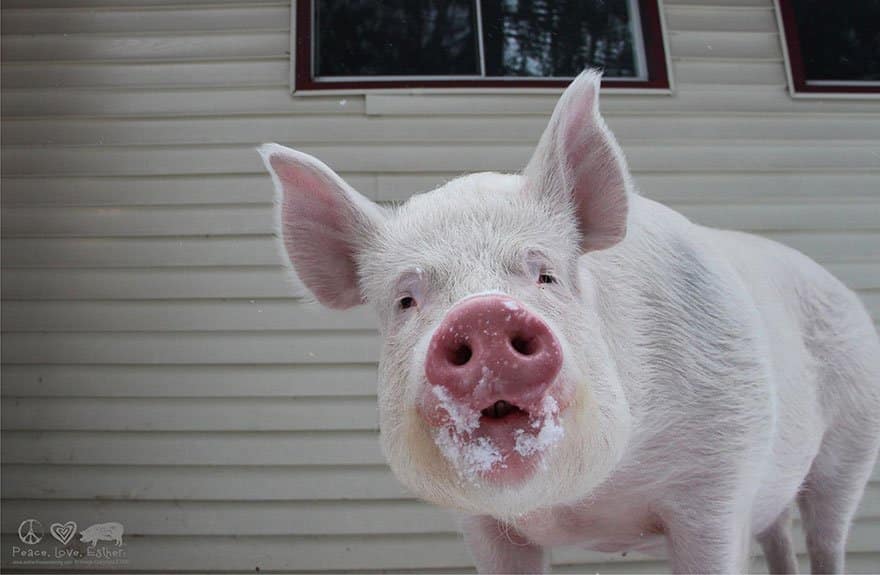 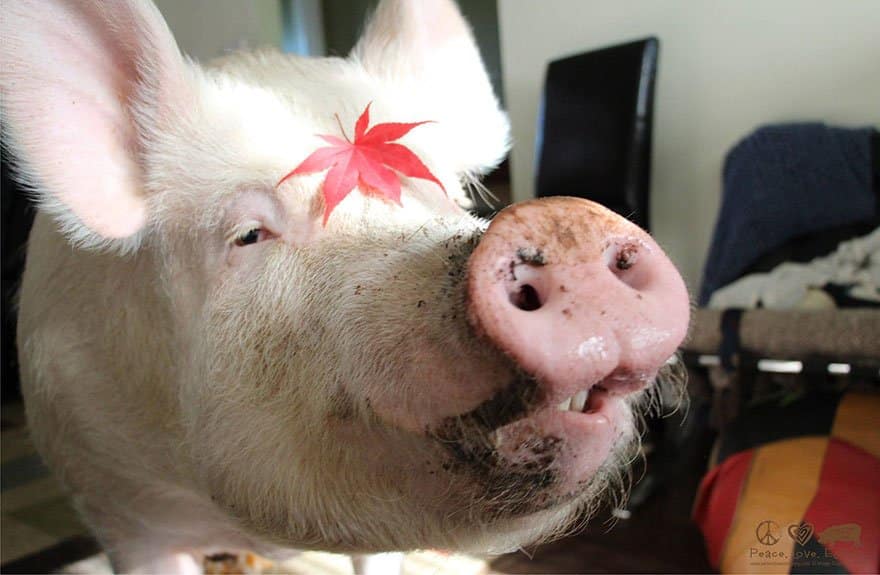 She needs a lot of food. 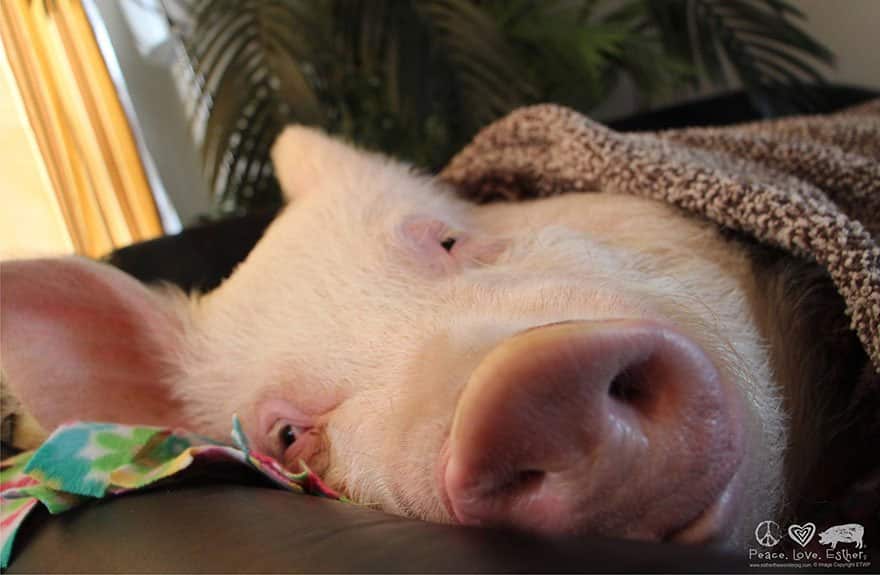 But she’s member of the family now… 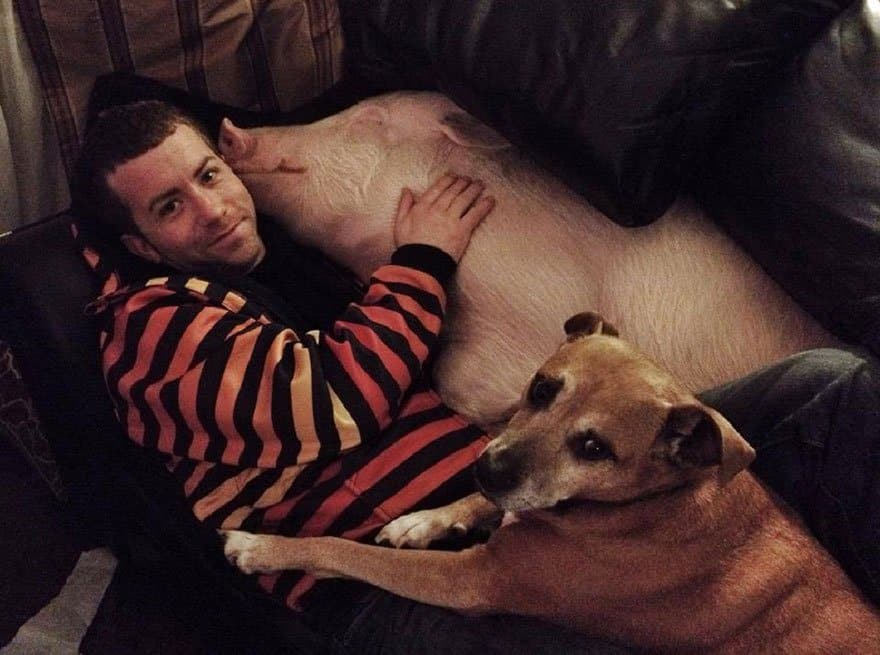 Esther has made a huge impact on this couple’s lives, and hopefully, she’ll touch your heart too! 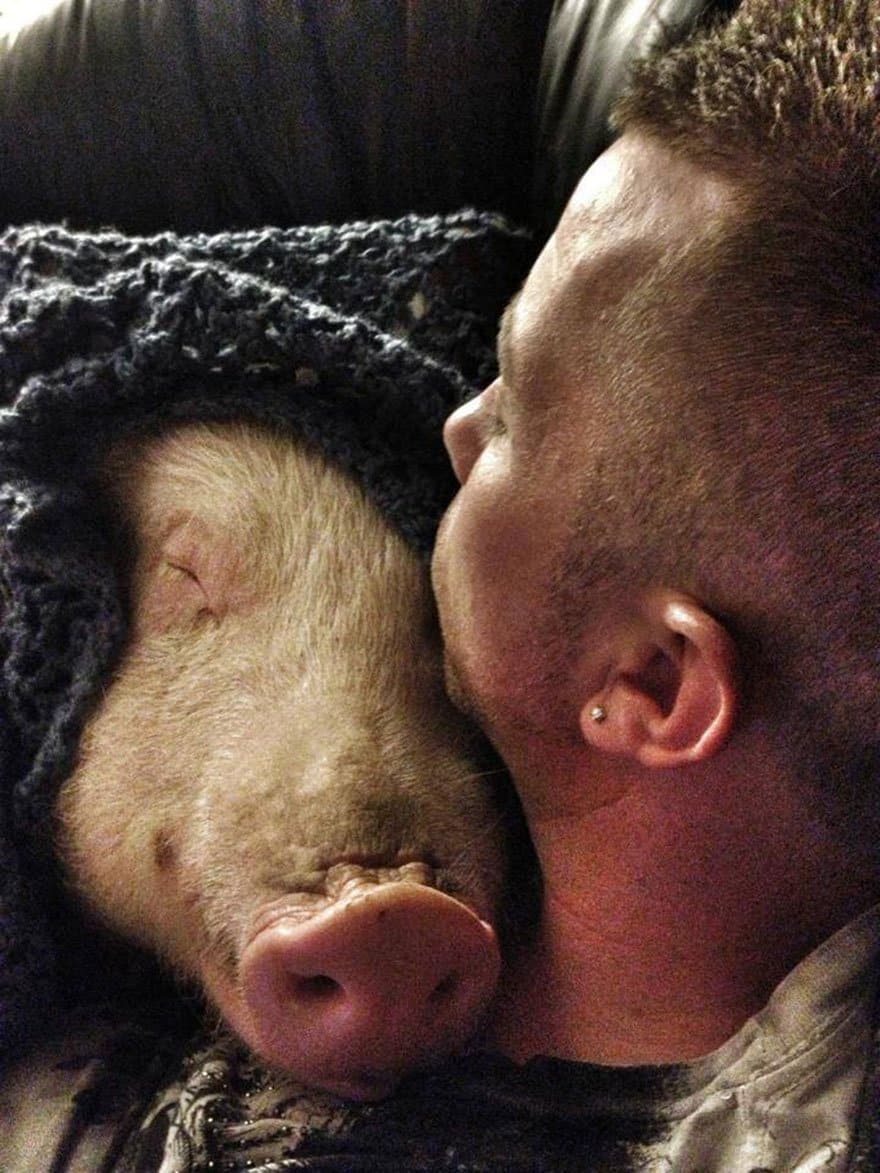 Pigs are usually mistreated and disrespected, seen only as bacon or ham, but Steve and Derek believes that pigs are so much more. Just like people they have feelings, are full of love, and are so adorable!

Pigs are also known for their intelligence. According to a research, pigs are able to understand mirrors and can use them to find their food, just like dolphins and apes. Since they are among the few animals that passed the “mirror self-recognition test,” experts believed that they show signs of self-awareness and advanced intelligence.