Typhoon Hato did a lot of damage when it went through southern China this month. It triggered Typhoon Signal No. 10, which is the most severe category in Hong Kong’s storm warning system. Hong Kong got flooded and thousands of people had to flee to safer ground. It also took out power in Asian casino capital Macau.

After battering Honk Kong and Macau, Typhoon Hato went on to mainland China. Reports said that more than 26,000 people had to evacuate to temporary shelters. One of the areas affected was Yibin County in China’s Sichuan Province. Farmlands were flooded.

Behold, the wrath of Typhoon Hato. 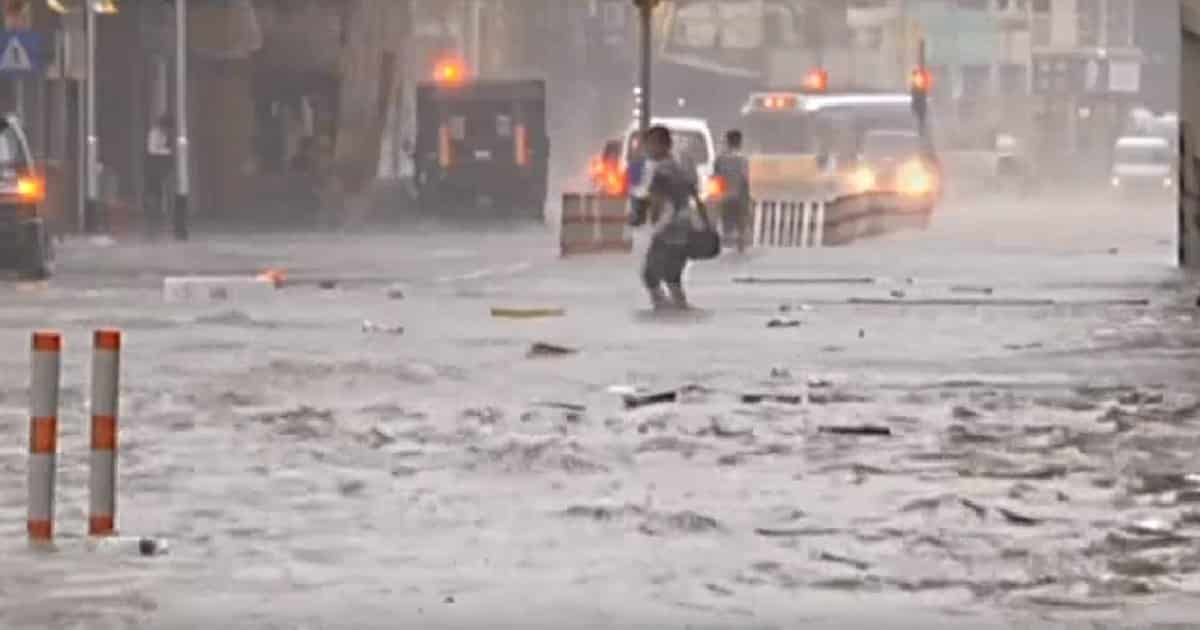 In one area, pigs nearly drowned as floodwaters rose. A photo taken from a rescue operation captured the public’s attention. We have great respect for the rescuers. However, the indisputable star of the photo is the cute pig.

Many news agencies such as Asia One, the Daily Mail, and many others have featured the photo of the pig.

This creature proves that a happy face can go a long way. 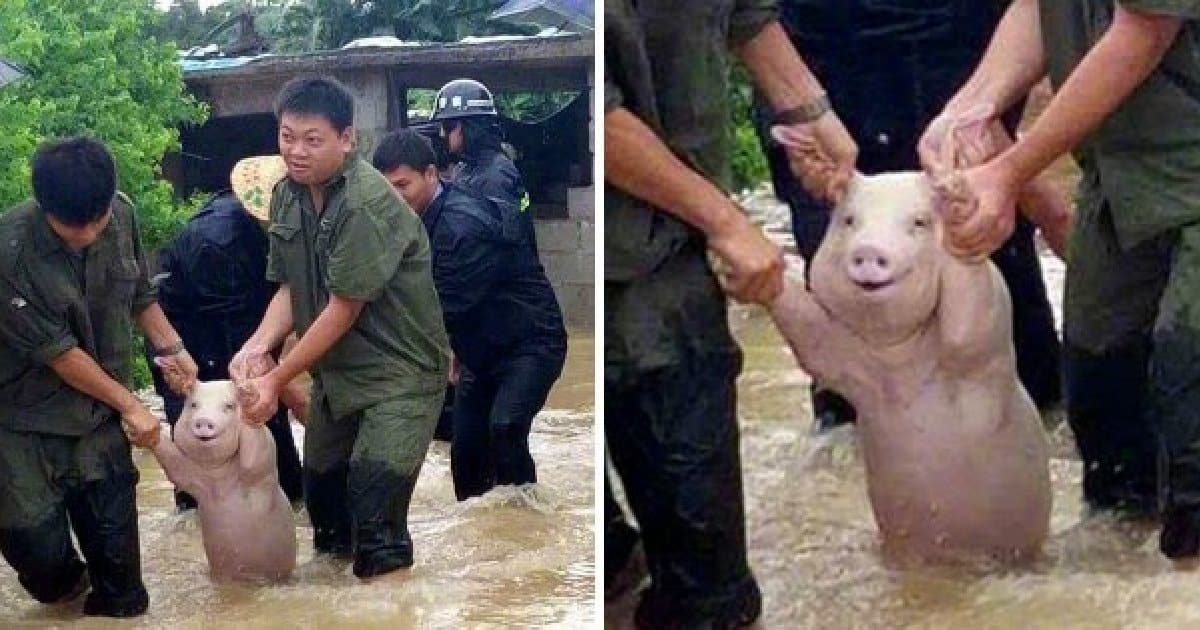 In her report for the UK-based Metro, Georgia Diebelius noted:

“As soon as the photograph of the pig was uploaded to the Internet, everyone fell in love with it.”

Netizens have gone on to celebrate the pig’s new lease on life through memes. Here are some of them. 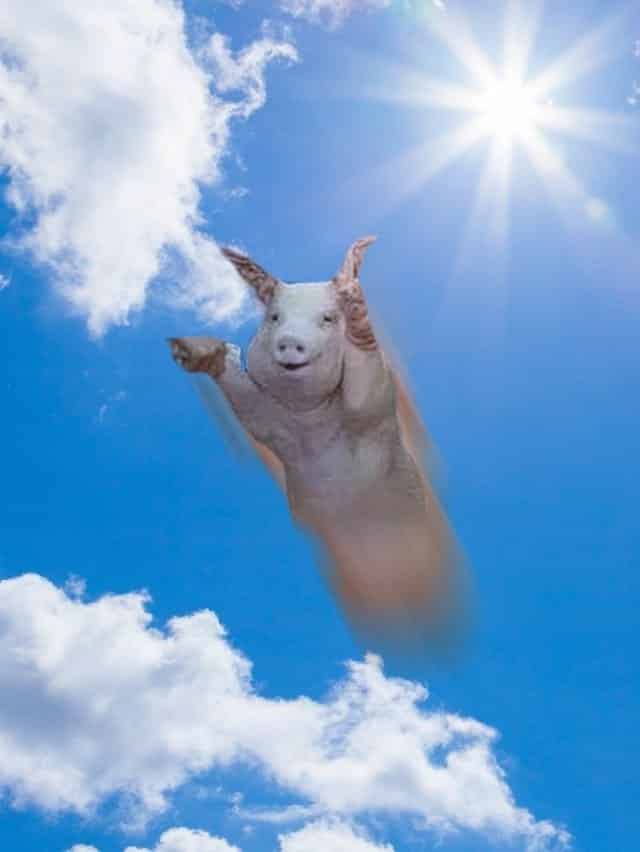 A most disturbing face-swap. 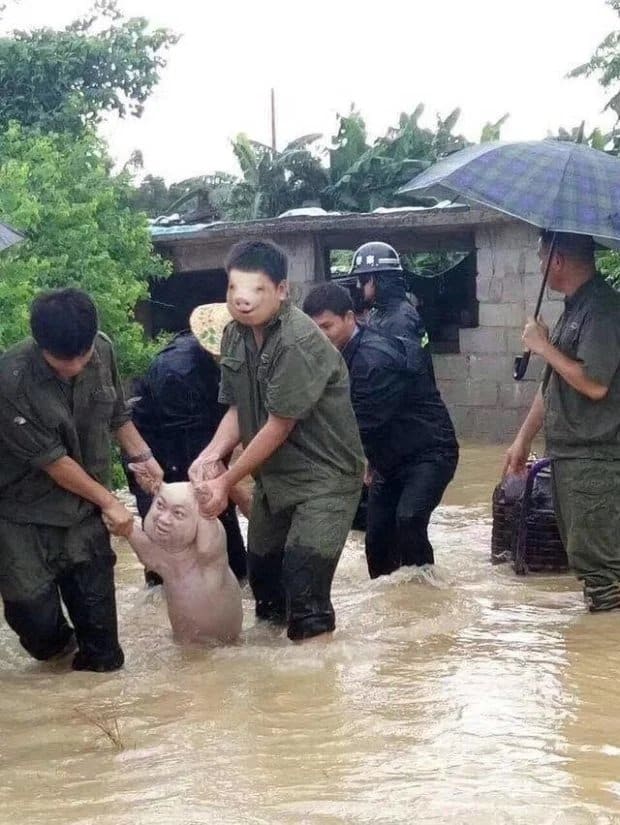 This could easily be the pig's biopic. 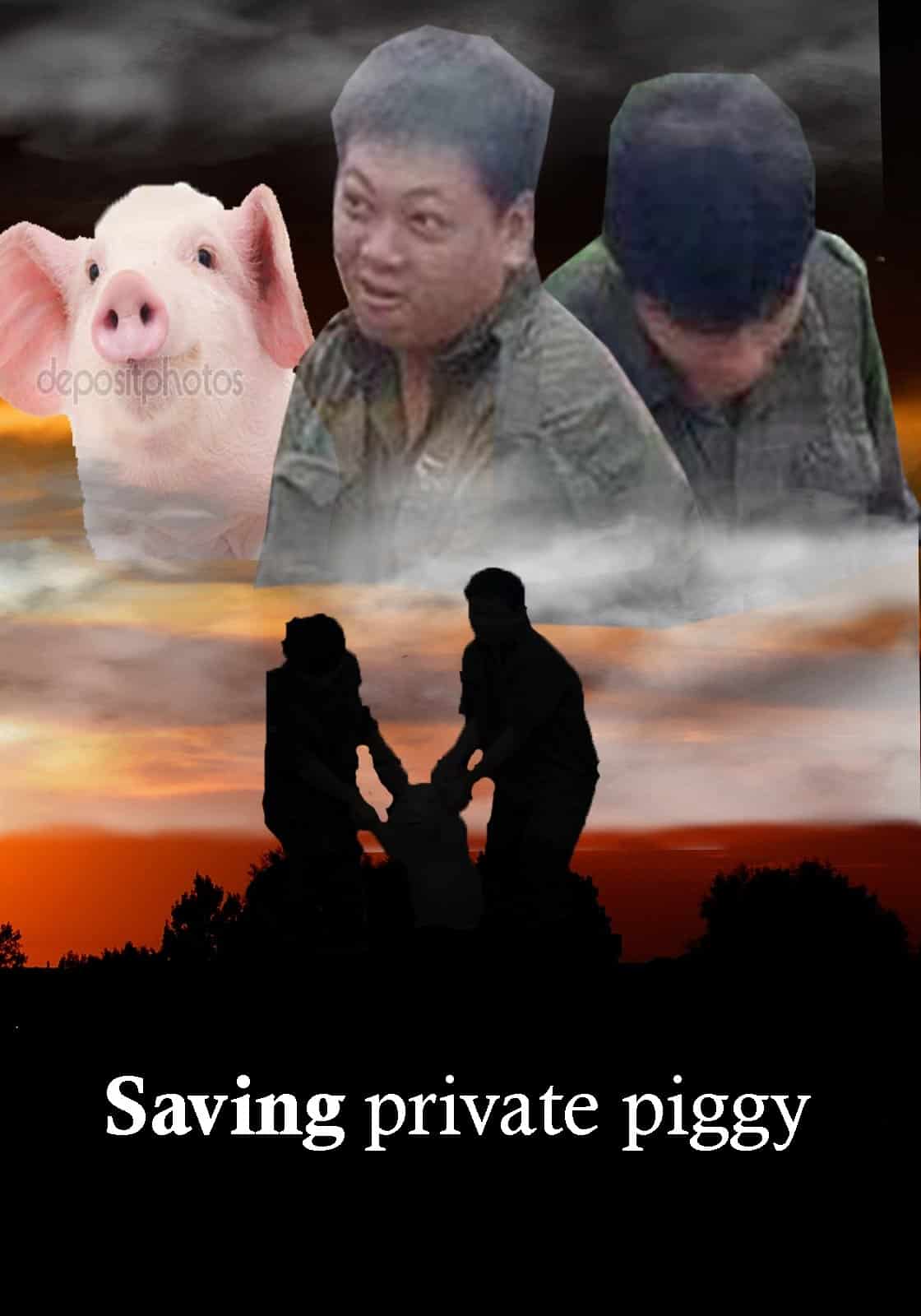 The smiling pig’s popularity proves that people need a break from bad news from time to time. It’s not that we’re escaping reality altogether. It’s just that we need something to lift us up from the flood of bad news — and if a picture of a pig can do that then we’re going to love it.