While I’m all about being kind to animals, I really am not sure how to feel about this awkward video. This recently happened in Peru when a journalist was interviewing a woman whose farm was terribly hit by a recent flood.

Much to the interviewer’s shock and surprise, the woman suddenly pulled her shirt up, exposing her braless boob, and breastfeed the piglet she was holding – and it all happened on live TV!

This farm woman was being interviewed on live TV about the effects of flood on her farm. 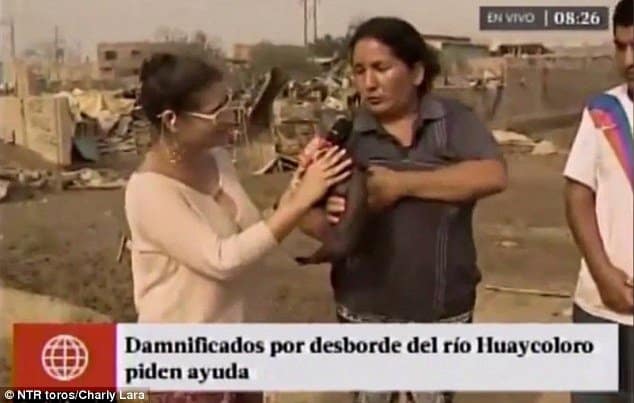 While answering questions, she suddenly decided to breastfeed her piglet. 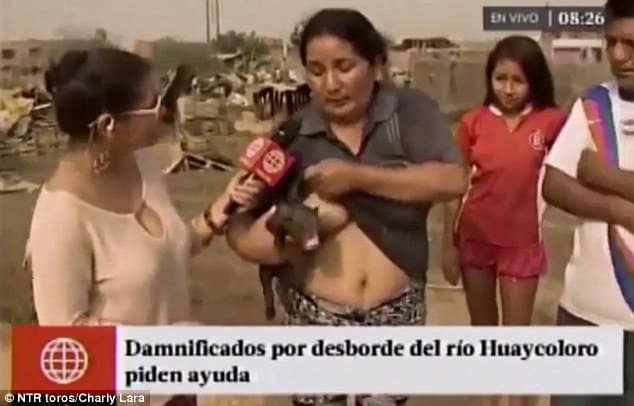 The camera man quickly panned away from the woman and captured the facial reactions of the bewildered onlookers instead. 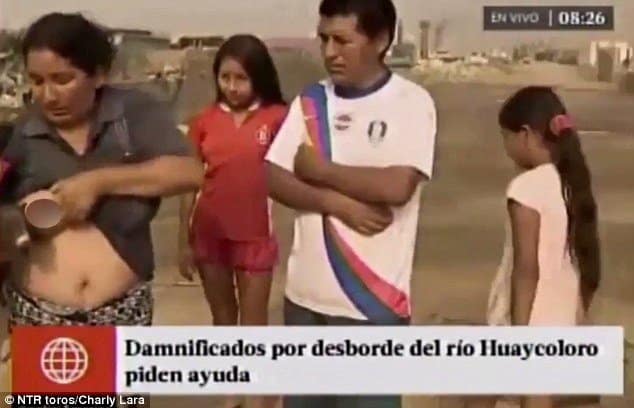 Meanwhile, the reporter was left in shock because of the bizarre act.

You can watch how it all happened in the video here:

While it remains unclear why the woman decided to pull such a stunt on camera, some people are saying that she probably did it to make a point about how the bad weather affected food production.

Or would it be safe to assume that it’s how she always fed their animals on the farm? Well your guess could only be as good as ours! Share your thoughts by leaving a comment below!