Let’s face it. A party won’t be called one unless the groovy and the naughty ones are also part of the gang. As they say, what’s a bang without the gang, right? Unfortunately, as a bunch of partygoers who seemed to be a little bit tipsy high with a dose of alcohol started playing tricks, turned out, the game was on them!

It all started with JUST a bet. As these two buddies bet on who could slash the sausage locked into one’s mouth, something terrible suddenly happened. With a matter of few attempts, the next thing you know, they were picking up both the sausage and something else! 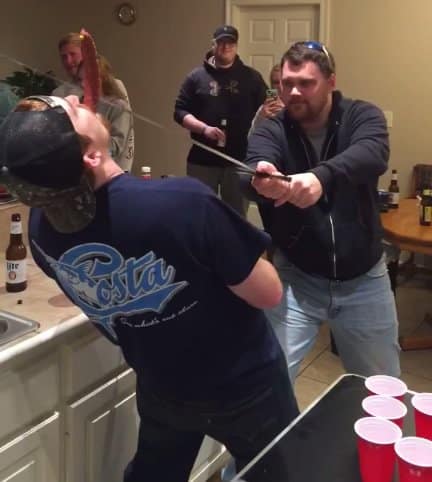 So what could be the missing puzzle? Well, it was none other than a piece of NOSE! 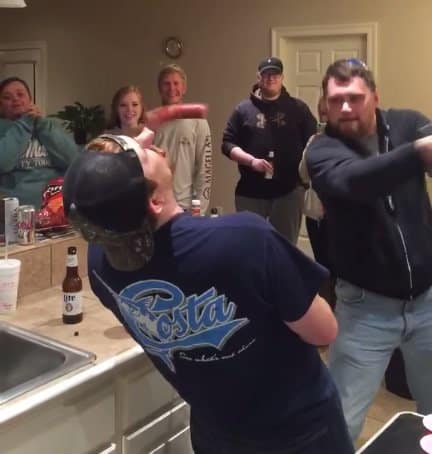 Yes! As grossly as anyone could imagine, looks like “Pinocchio” lost his dear nose.

Abruptly, the poor guy was covered with blood as he struggled to hang onto the broken pieces of his nose. 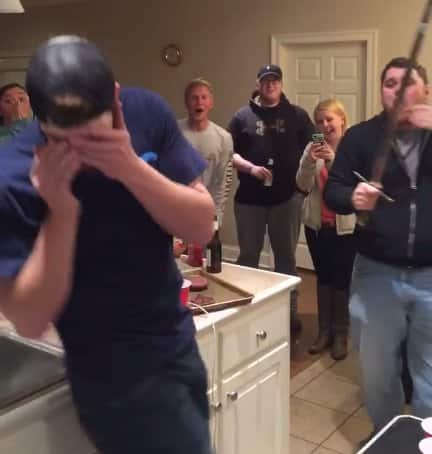 As for the villain of the scene, well, he too did get his own fair share as viewers’ cheers immediately turned sour for the horrifying scene.

Watch how this ninja fails miserably:

Good thing, the victim was immediately attended to. Although no location was specified, viewers believed that the incident took place in a local US residence.