What’s the coolest thing you’ve found while hanging out at the local lake? An eight-year-old girl managed to find a pre-Viking era sword that dates back to the Iron Age. Interestingly, the young discoverer comes from a family of Minnesota Vikings fans.

Saga Vanecek found the ancient sword while playing in the water at the Vidöstern lake in Tånnö, Småland. The Swedish-American girl initially thought it was “some kind of stick” but quickly realized it was something so much cooler.

A little girl named Saga found a sword that is being dated back to the Iron Age. 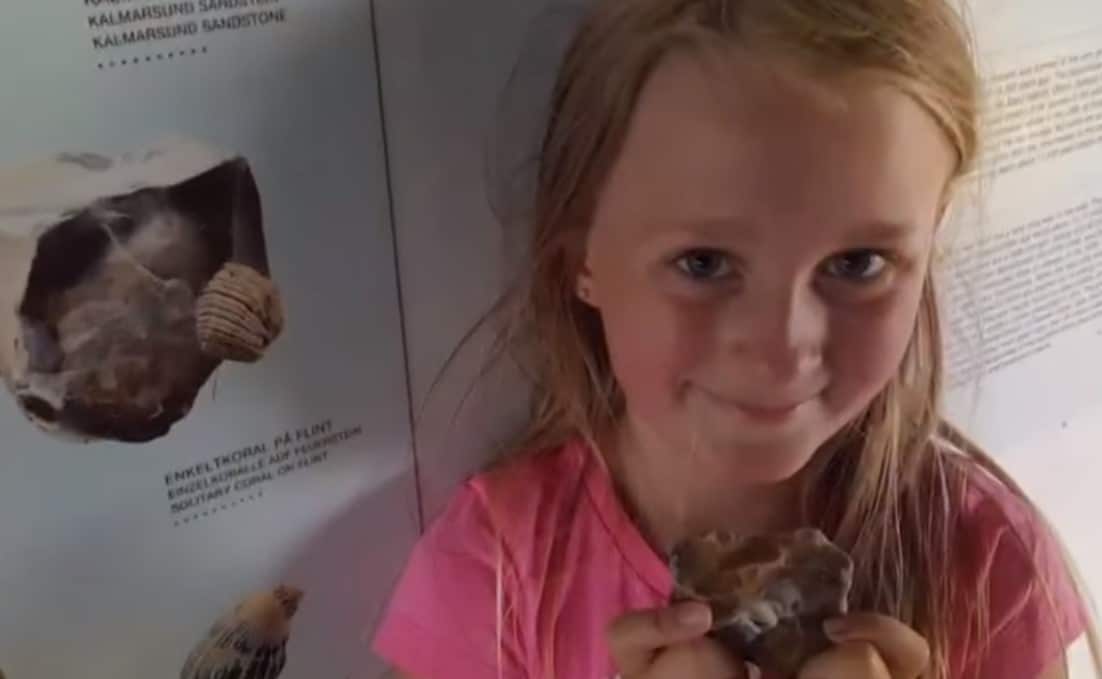 Vanecek explained her reaction when she found the historical relic.

“I picked it up and was going to drop it back in the water, but it had a handle, and I saw that it was a little bit pointy at the end and all rusty. I held it up in the air and I said ‘Daddy, I found a sword!’ When he saw that it bent and was rusty, he came running up and took it.”

Vanecek’s father was advised to report their discovery to the authorities. A representative from the Jönköpings Läns Museum verified that the sword was a valuable relic but asked Vanecek not to tell anyone until further studies were conducted. The investigations confirmed that the weapon, which was still in its scabbard, dates back to the 5th or 6th century AD, pre-Viking Age.

Vanecek’s amazing find has led to comparisons to King Arthur’s story. After all, the legendary king had a sword that was given to him by the Lady in the Lake. Netizens have joked that the young girl could be the new Queen of Sweden. However, Vanecek has other interests.

The smart little girl expressed interest in learning about history but she has other ambitions. Vanecek admitted that she wants to be a doctor or an actress when she grows up. Nevertheless, she can still fall back on archaeology if she chooses to pursue it.

The ancient sword is currently being preserved at the museum and is not yet ready for viewing.

Learn more about Saga’s sword below: