Earlier this year, marine molecular biologist David Gruber of the City University of New York and his team were filming small sharks and coral reefs in the Solomon Islands in the South Pacific. They had probably expected it to be a “routine” exploration. However, they were pleasantly shocked when they spotted a “glowing” hawkbill sea turtle.

The discovery was made back in July, but the footage of the turtle was only released this week. This is understandable as it probably had to be validated by several experts. Let’s admit it, a “glowing” turtle is something out of a sci-fi flick.

Well, the turtle is definitely real.

Most awesome turtle ever! 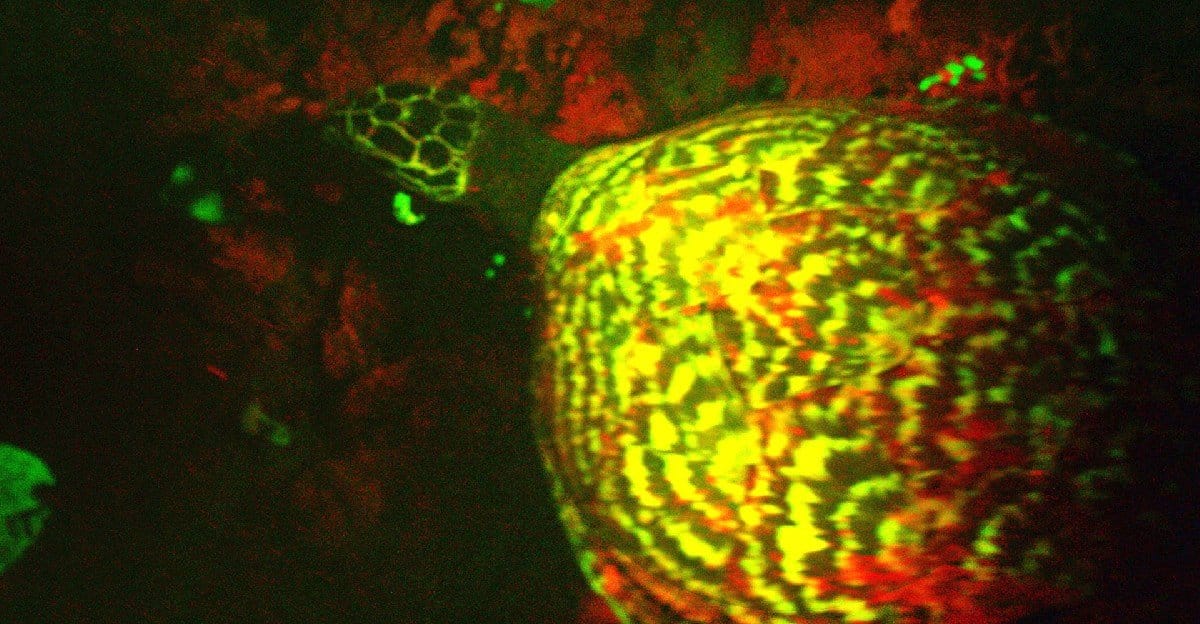 Gruber and his team lucked out, as the the turtle has been tagged as the first ever biofluorescent reptile discovered by scientists. In fact, the extraordinary reptile just suddenly popped into the scene when the camera was focused on some corals.  Gruber was around 20 meters below the surface and 40 minutes into his dive when he saw the “shiny creature.”

As Gruber told National Geographic, “[It] came out of nowhere this fluorescent turtle.” He described it as “like a big spaceship gliding into view” with “a patchwork of neon green and red all over its head and body.”

Check out the glowing turtle in action:

How did this come about?

Glowing organisms already exist. Biofluorescence — which refers to the ability to absorb light, transform it, and radiate it — has been documented in fish, sharks, crabs, insects, and corals.

Biofluorescence should not be confused with bioluminescence, which refers to a organism’s ability to produce its own light through chemical reactions. This is what happens with fireflies.

In any case, Gruber didn’t catch the glowing turtle. He said he left it along after a while because he didn’t want to harass it. But, later on, he visited a nearby community where that kept loggerhead turtles, which glowed fluorescent green.

Go toward the turtle’s light. 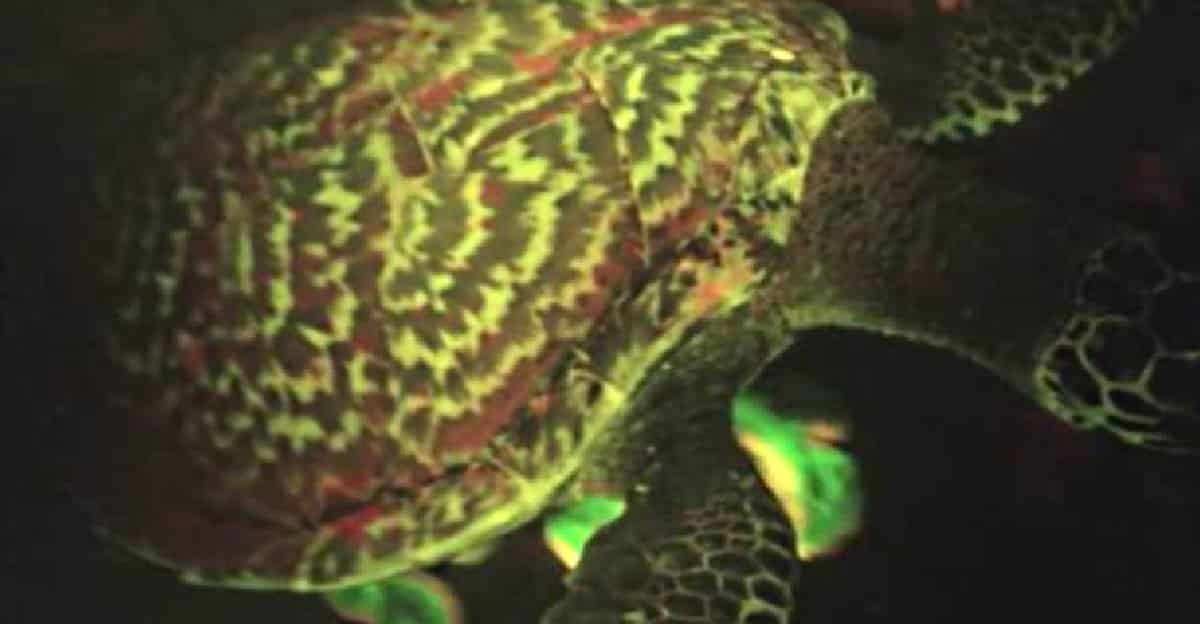 Scientists will still have to do further study to determine how and why these turtles have developed biofluorescence, a quality that if often used to attract prey.

Bioflourescence could also be a form of “camouflage” for the animals. In which case, it would be especially useful to the endangered hawkbill sea turtles. Gruber pointed out, “Their numbers have really dwindled, and yet we still don’t understand them. For me, there’s a sense of urgency to protect and understand these species while they are still here.”