With all the many negative reports about police officers, it’s really refreshing to hear positive stories such as this one. A police officer in Thailand is being hailed by the internet as a hero after he successfully stopped a knife-wielding man in the most unusual way – he gave the assailant a big hug!

As you can see on the CCTV footage below, a man holding a large knife entered the Huay Kwang police station in Bangkok. Instead of reaching for his gun and shooting the guy down though, officer Anirut Malee calmly talked to him. 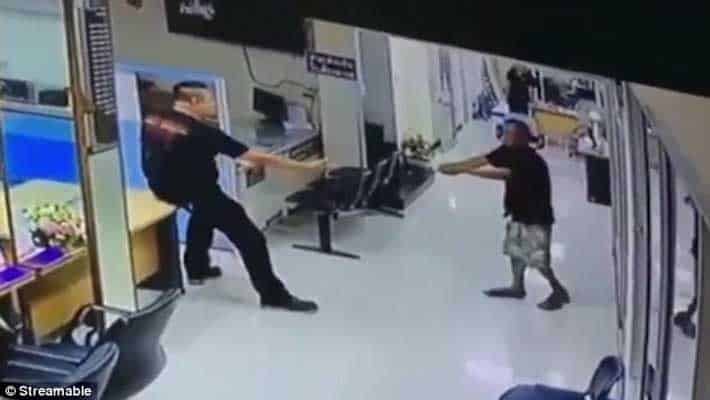 Anirut simply sat down “with relaxed, slumped shoulders and very non-confrontational body language,” DailyMail wrote, and then he “quickly convinces the assailant to hand over the knife.”

Anirut embraced the man as other people gathered around them. 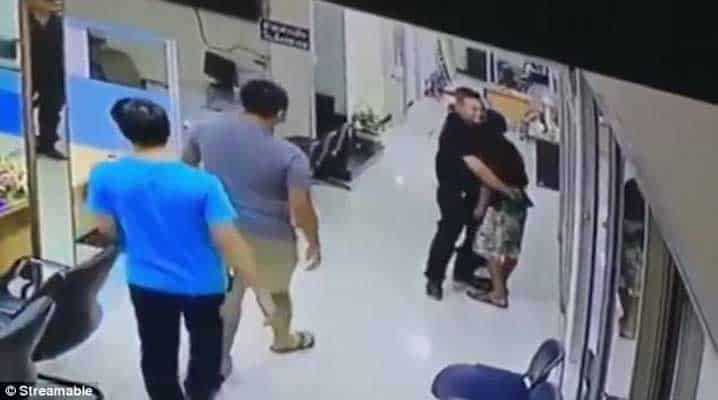 When the 45-year-old man surrendered his knife, Anirut approached him with a warm embrace and then threw the blade away. The officer can be seen still hugging him (and obviously searching for a weapon, if the man still had any) as other cops started to gather around them. Anirut signaled them to stay back.

In an interview with Thai Visa News, Anirut shared:

“He used to be a musician but had been working as a security guard for three days and had not been paid. On top of this he had had his guitar stolen and it was all stressing him out.

“I heard him out and sympathized and said I had a guitar to give him, and suggested we go out for a meal together. We were conversing in Southern Thai dialect.”

The unnamed assailant was eventually taken to a nearby hospital for mental evaluation. No charges were reported.

Meanwhile, people all over the internet are praising officer Anirut for his heroic action. 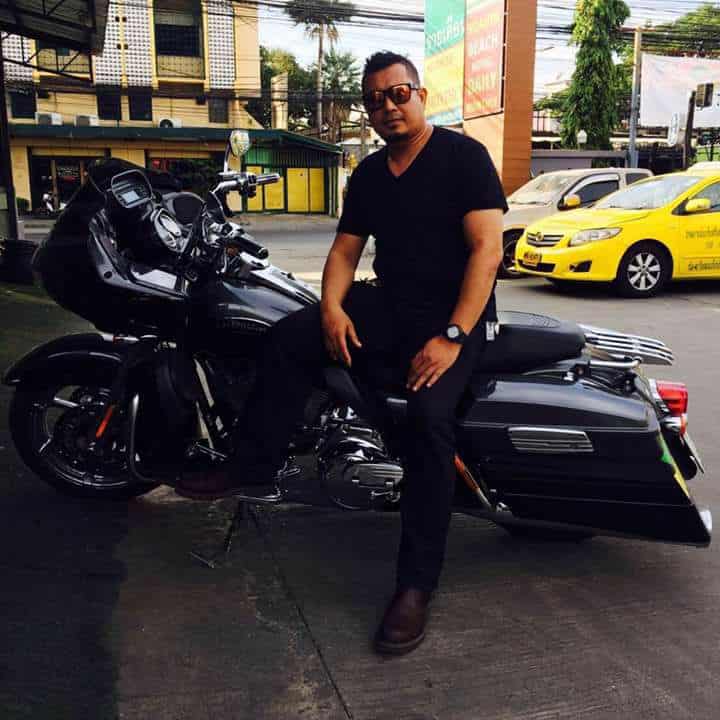 “Such a very kind man. Sometimes, a little kindness is all a person needs. Much respect and gratitude to this fine officer.”