Makes you wonder whether this guy is the real caped crusader.

There are times when cosplayers take their fantasy life seriously and create something worthy of history books.

This is exactly what happened when caped crusader fanatic and special creature effects expert, Julian Checkley embarked on his batsuit journey.

He created a costume nearly a hundred percent based on the animated series and videogames, it landed him on the Guinness’ Book of World Records. 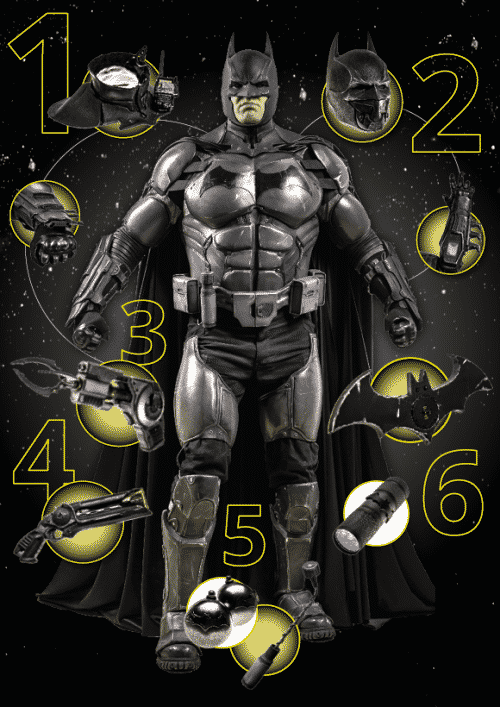 Checkley had a serious crush on Bruce Wayne’s suit from the “Batman: Arkham Origins” videogame. He first had the design 3D printed before creating a doppelganger mode of Gotham’s dark knight.

He used the mold to create a replica made of urethane rubber to mimic the videogame suit’s exact look and feel.

He also included various smaller parts which he had earlier painstakingly trimmed and painted paying extreme attention to detail.

After completing the mold, Checkley applied it to his own bodycast and readied himself to combat crime in Gotham City.

The best part of the suit aren’t the impressive bat ears or the over 6-foot-10-inch height.

The costume comes with a total of 23 gadgets based on the actual batsuit in the videogame!

Here’s where it got tricky, and Checkley enlisted the help of an electrical engineer to cobble these gadgets together.

Some of the awesome gadgets include:

A fireball shooter and bat-comms 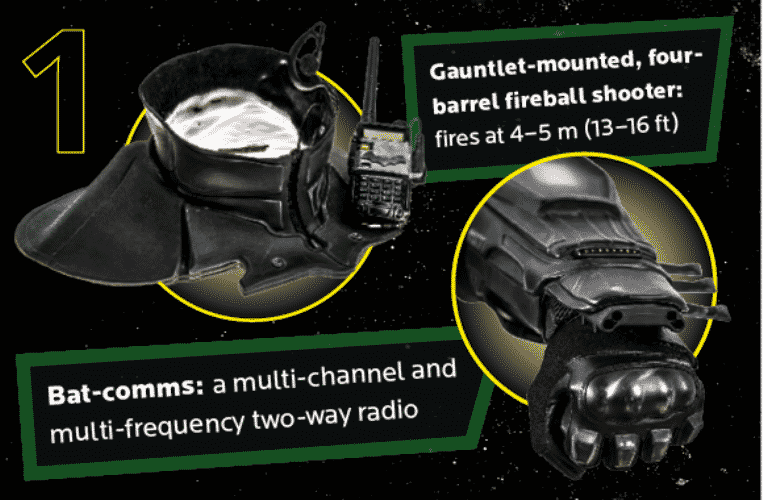 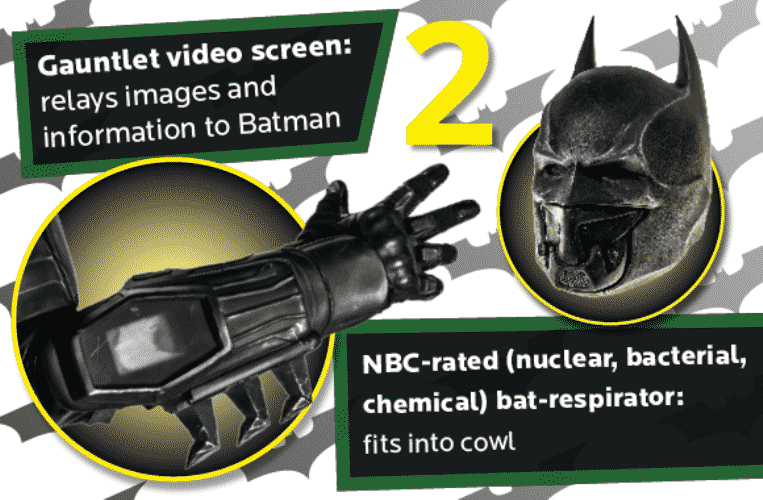 One bat tracking beacon and a gauntlet flashlight 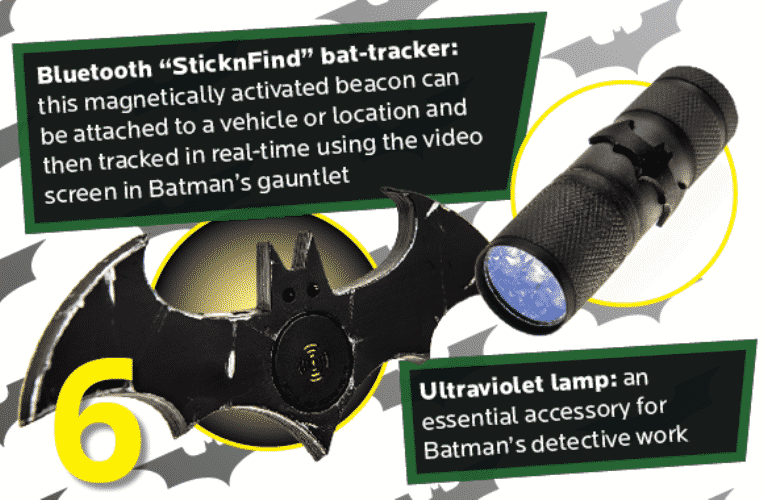 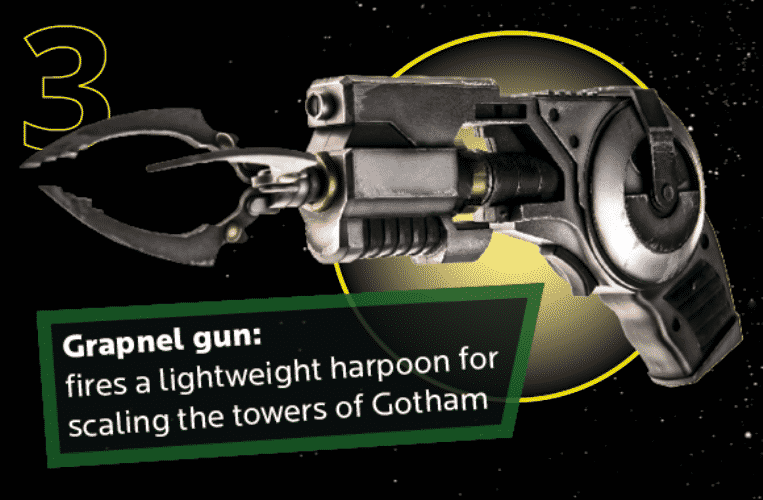 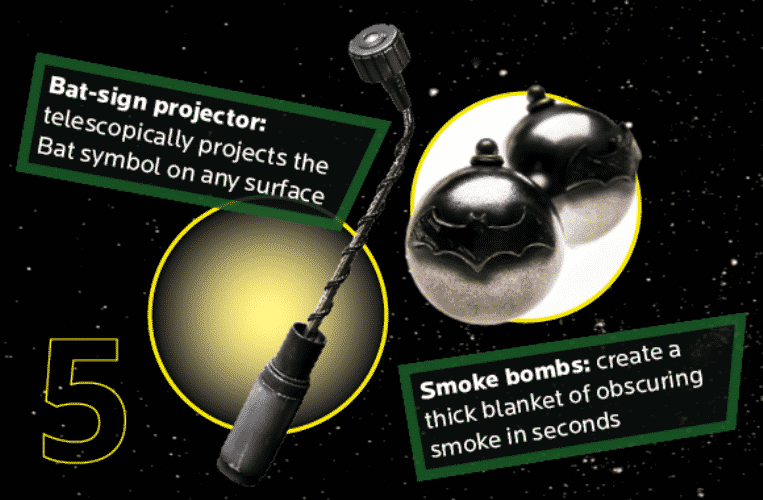 Not to mention a folding Batarang, a pneumatic tranquilizer gun, an ultrasonic anti-dog device, a bat shuriken, a UV lamp, two ball bearing grenades, a medi-kit, a battery pack, a laser designator, a bat-cam, a gas dispenser, a concealed laryngeal microphone, and a bat flask.

The 2000-watt EMP Stun Gun steals the show, however. 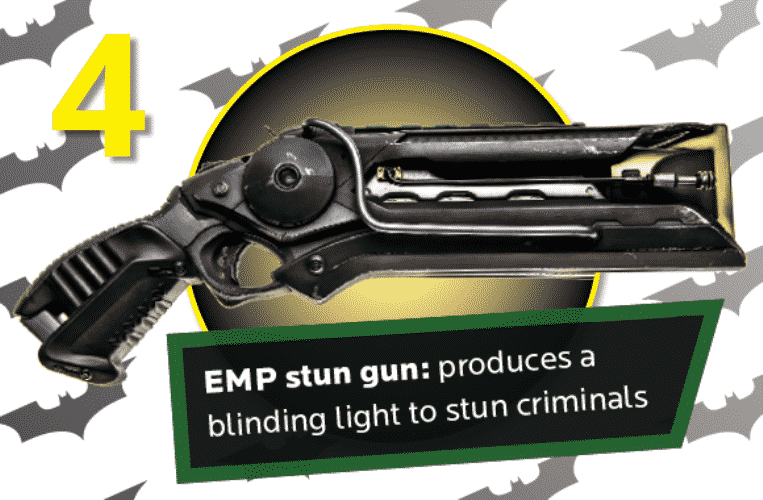 What’s even more incredible is that all 23 of these gadgets are actual working models!

Checkley received the “Most Functional Gadgets on a Cosplay Suit” award, and is featured in the Guinness’ Book of World Records: Gamer’s Edition 2017. 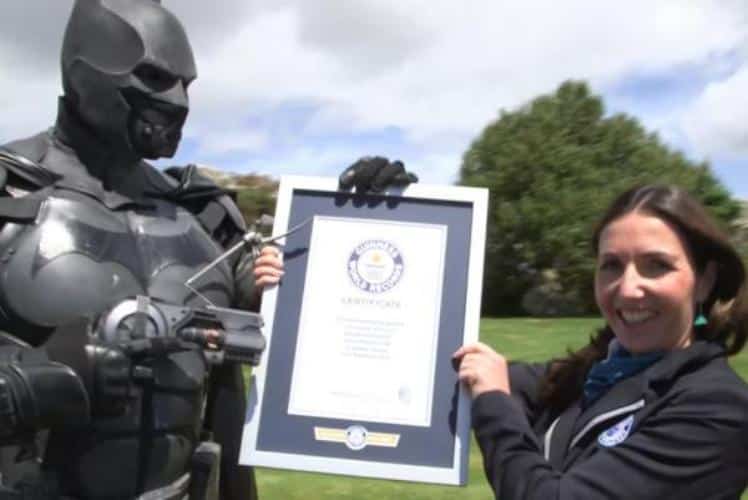 Now whether he intends to sell his batsuit or stun other cosplayers green with envy at every cosplay convention is still up to question.