A great execution of creativity is shown in the work of Korean Jongha Choi as part of his senior thesis at the Design Academy in Eindhoven, The Netherlands. The designer was able to incorporate innovation, functionality, art, design, and convenience by coming up with collapsible furniture, from two-dimensional to three-dimensional shapes.

According to Choi, his project called “De-dimension” is ‘a physical manifestation of his condition,” a vision problem he had as a child. The designer currently wears contact lens in just one eye and recalls that he would acquire injuries because of his difficulty to perceive space or figure out how three dimensional is different from two-dimensional.

Choi playfully turns a functional 3D table or a chair into a 2D flat object..

and conveniently hangs it on the wall, hence, creating an optical illusion. 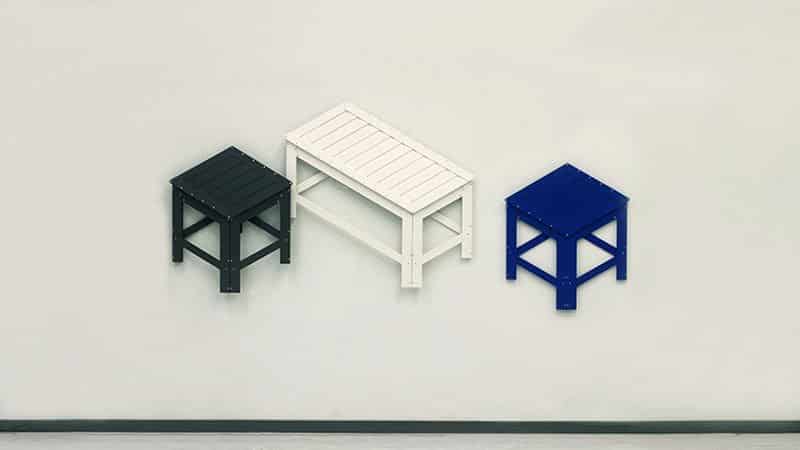 It can be a fine artwork and interior design in your personal place.. 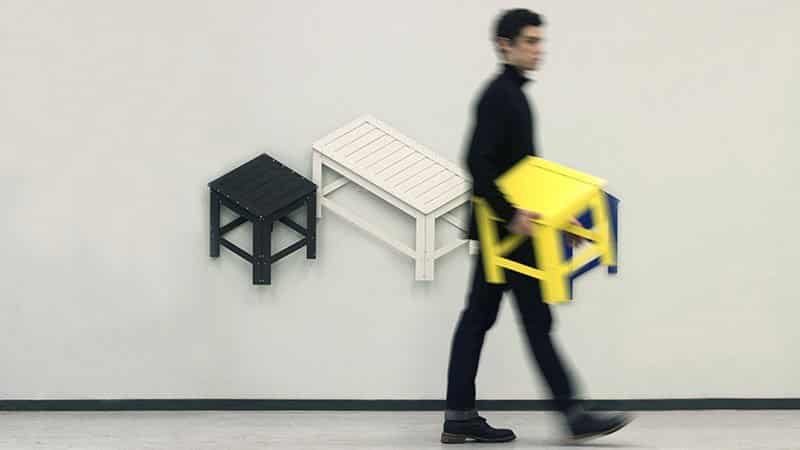 whilst it can also be a useful furniture at home. 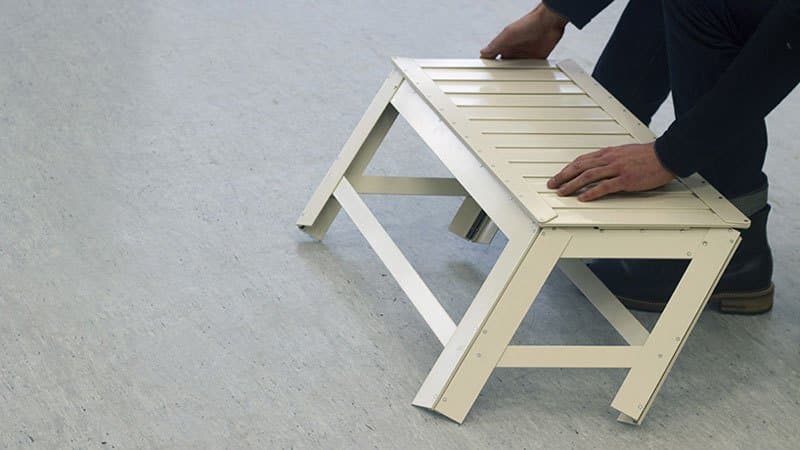 De-dimension saves you from clutter too. 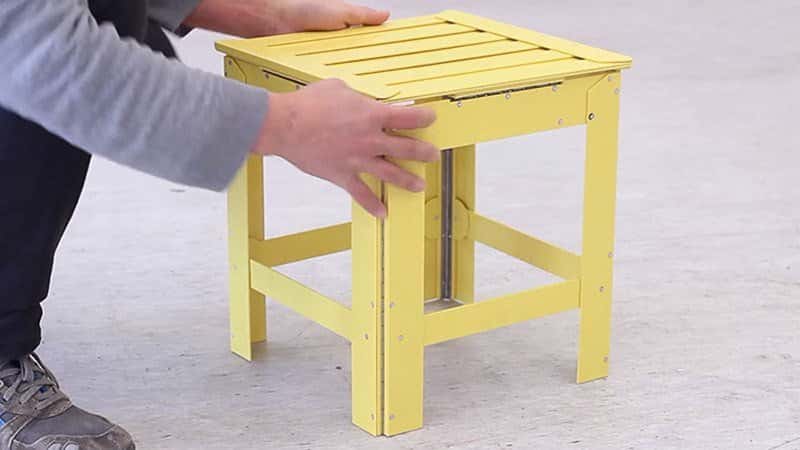 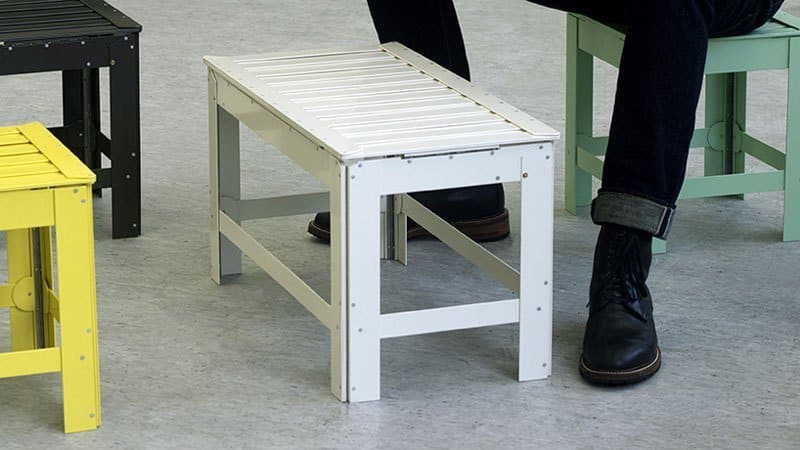 ‘Important details and fasteners are also used to lock the object in place.’ 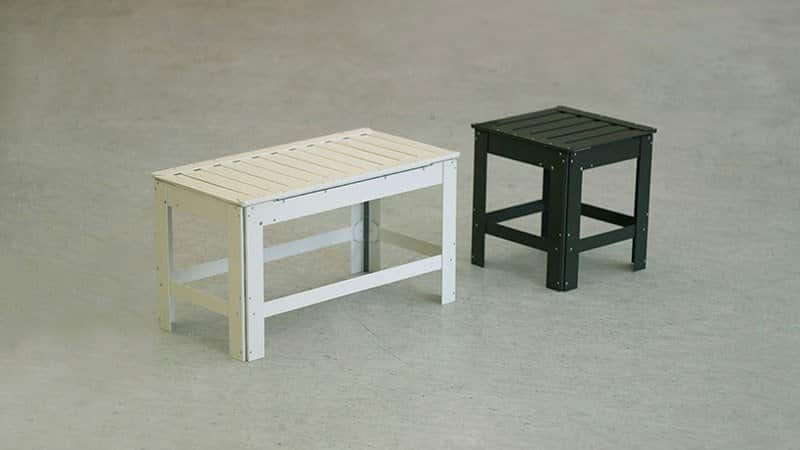 It comes in different, others in vibrant and pastel colors too. 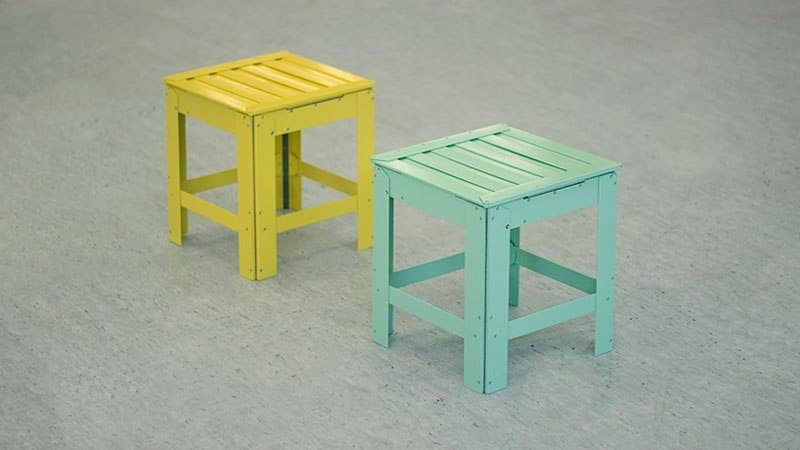 I suddenly want one for myself. What do you think? 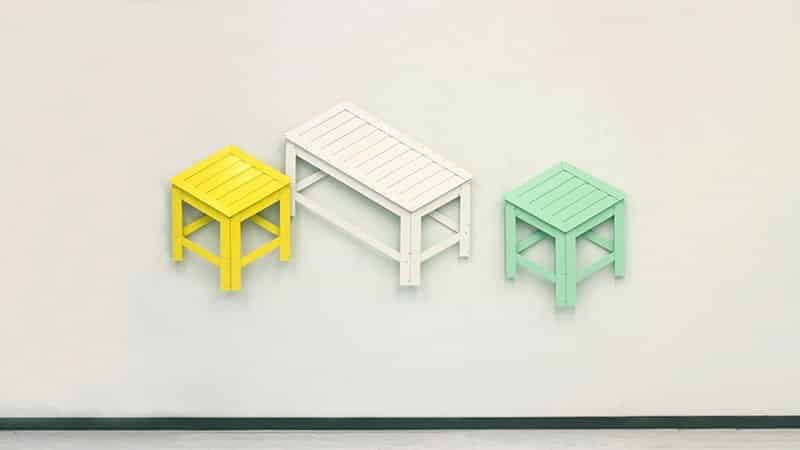 Choi earned his Bachelor’s and Master’s of Fine Arts in Sculpture from Seoul National University in South Korea and he is now looking into making his project available for purchase.

You may check his website for more information and updates.