A fish-and-chips shop owner with a struggling shop became the recipient of enormous generosity when one customer used his marketing skills to make the establishment famous.

Fish and chips are the U.K. equivalent of burgers and fries. 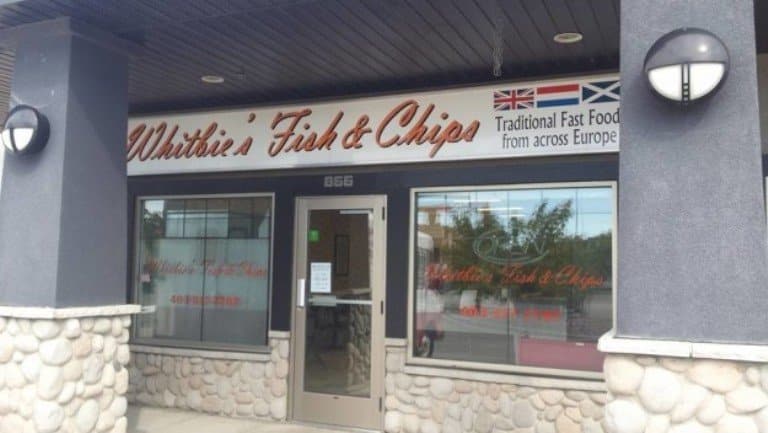 Unfortunately, Lethbridge residents, not having tasted fish-and-chips before, weren’t flocking to the place. So McMillan’s shop remained mostly empty.

Until Colin Ross came over for a snack. 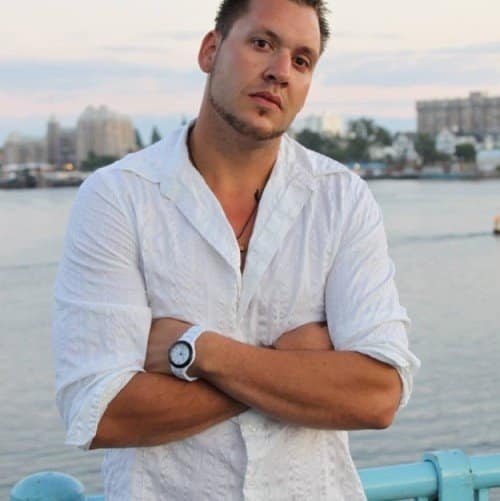 Ross, 31, recently lost his job after layoffs in the oil industry. Not high on cash, eating out wasn’t a priority for him.

When he spotted Whitbie’s Fish & Chips one morning, he spontaneously decided to have an inexpensive snack. Once inside, he noticed he was the only person in the place.

“I just came in and walked in the door and saw this old guy just sitting there in a chair,” Ross recalled. “There wasn’t another soul in the place.”

He then ordered and ate the most “spectacular” halibut he had ever eaten. 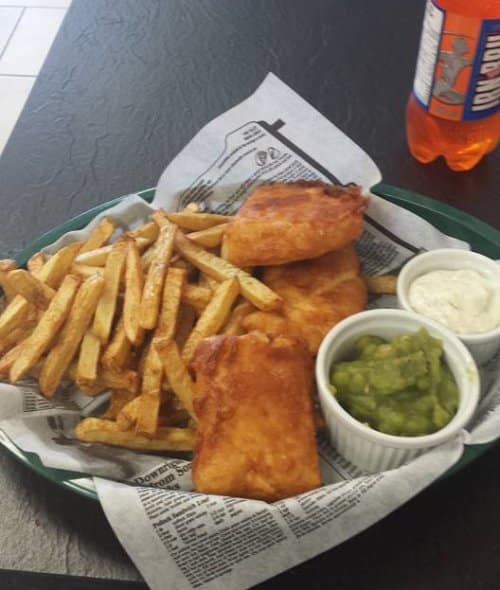 Despite the great food and the clean establishment, there didn’t seem to be any customers, however.

He asked the owner why, and McMillan told him he’d been struggling for the past few months due to lack of diners that he hasn’t even been able to pay himself.

Ross knew the feeling. He decided to make good use of his marketing background and create a social media post for Whitbie’s when he got home.

And so he did: 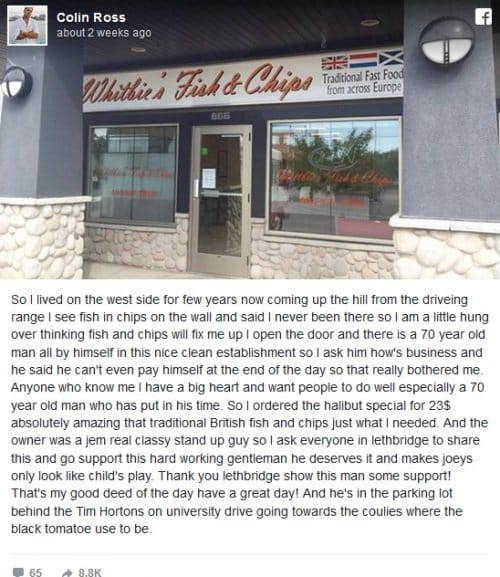 The post immediately went viral. It was shared over 8,000 times over the next few days, and people started flocking to Whitbie’s. 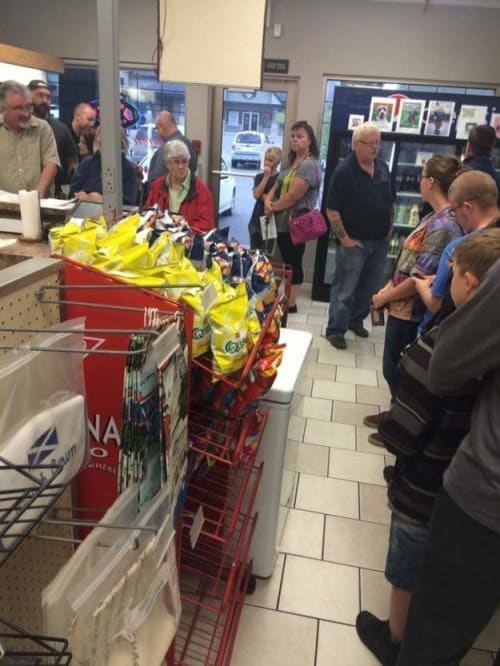 After years of hard work with nothing to show for it, he was deluged with the largest crowds he ever had.

These days, Whitbie’s boasts of a full parking lot and lines of customers. 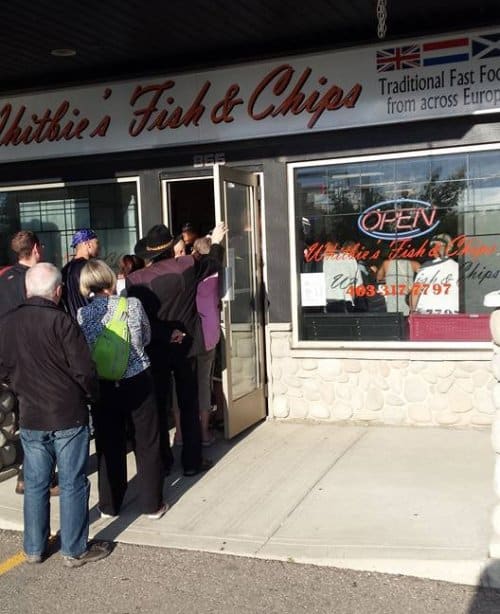 McMillan couldn’t be happier. All thanks to a down-on-his-luck kind hearted young man.

Fish and chips, anyone?