A baby’s birth is probably one of the mysteries of life that would always, without fail, bring awe to its beholders. Even mothers who have already experienced giving birth are still affected by the sight of a child being born, wondering how such a miracle could ever exist.

Despite the current modernization in medicine, giving birth remains a miraculous sight to behold. But what this video captured is something that wowed even those who are used to witnessing births all the time.

According to Medical Daily, the scene captured in the footage is called an “en caul birth” where a baby is successfully born while still enclosed in its amniotic sac. The site explained that such scene is “one of the rarest and most awe-inspiring types of child deliveries.” 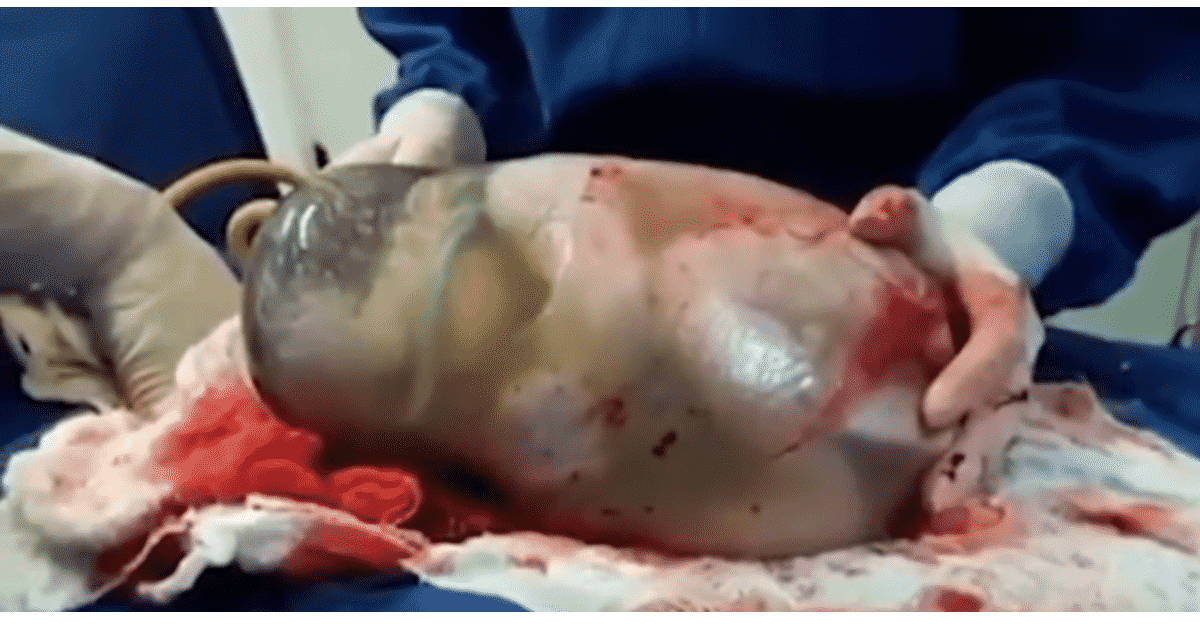 Also known as babies “born with a veil” or “born in a shirt,” Pregnancy Corner explained that children who are born with a caul are not necessarily abnormal or sick in any way. However, the amniotic sac covering could lend a surreal strange, alien appearance to the child which sometimes appears as a scary sight for onlookers especially the mother.

While it can be a frightening sight to the untrained eyes, the membrane covering the child can easily be removed by experienced medical practitioners like physicians or midwives. En caul births happen in less than one out of 80,000 babies born which is why various superstitions have been born to such incredible instance.

For Medieval Europeans, en caul births are considered a good omen if the caul is either red or white, which signals that the child born with a “veil” is destined for greatness. However, they believe that it is bad luck for the child if the caul is colored black. There are also some civilizations which believe that children born with a caul could never drown and would lend the same abilities to anyone who carries the caul with them. Because of this, sailors and seafarers would pay good money just to have one.