There are so many news stories centering on fatal shootouts between police and suspects that it’s commonplace to read about these needless deaths.

In many dangerous confrontations, police officers aren’t given much choice when they’re shot at. In some instances, there is loss of life.

A new invention from a California-based company, Alternative Ballistics, can bring down death statistics from these confrontations. They’ve developed a clip-on gun attachment called The Alternative.

It uses non-lethal bullets to serve as a warning. 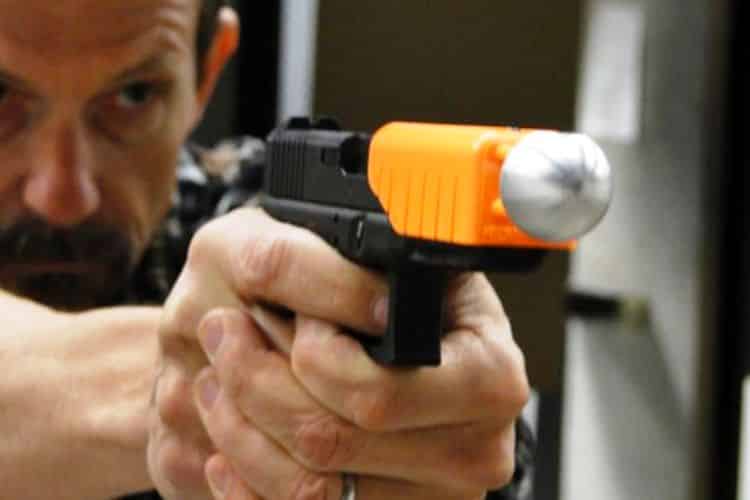 Cops usually fire warning shots at armed suspects to get them to drop their weapons. If this proves unsuccessful, they shoot to defend themselves or kill. The Alternative allows officers to fire a bullet to incapacitate suspects, not kill them.

The new accessory is an easy-to-attach clip-on that appends to the muzzle. It doesn’t interfere with any of a handgun’s functions, including sight and other accessories like flashlights. 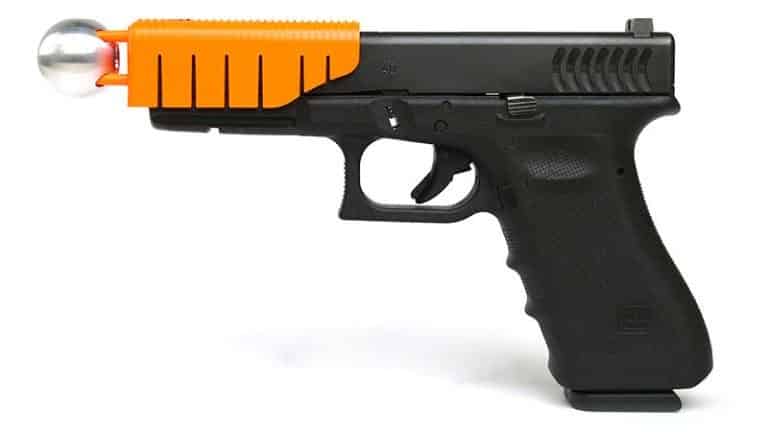 It’s designed as a single use accessory. 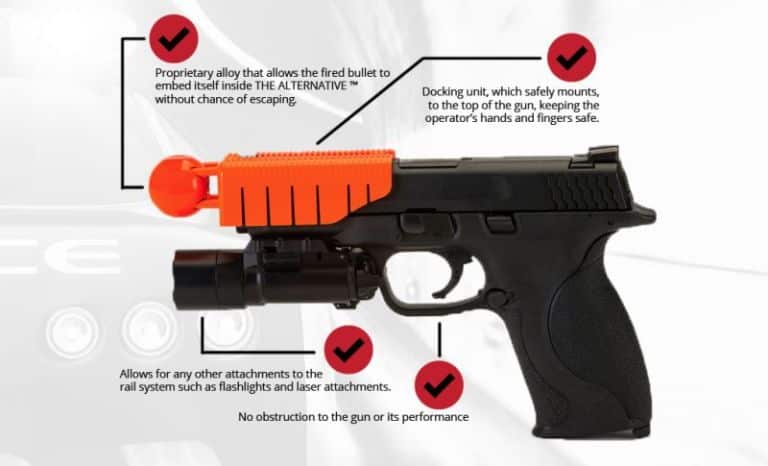 When fired, it serves as a non-lethal warning. The bullet embeds itself in the side of the alloy ball attachment, which then travels at only one-fifth of the bullet’s speed.

That is not to say the impact won’t hurt. It will. A whole lot. However, it won’t penetrate skin, giving suspects a second chance to cease and desist.

The Alternative comes at minimal cost, it’s easy to install, small enough to carry, and always within easy reach. As a non-lethal alternative, it’s an ideal complement to regular firearms training.

Alternative bullets on the right target, real rounds on the left. 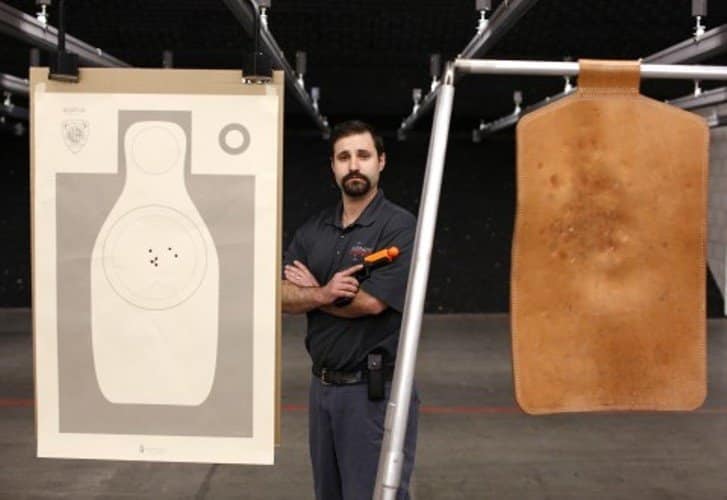 If you think about the fatal option of using regular rounds, wouldn’t The Alternative be a more humane choice?

See how The Alternative works in this video: