Throughout the world, there are so called Devil’s Bridges most of which are found in Europe. In France alone, it is believed that there are 49 Devil’s bridges throughout the country. But one Devil’s bridge found in Azalea and Rhododendron Park, Kromlau, Germany stands out because of its mystical perfect shape and reflection – the Rakotzbrucke bridge.

But first, what are devil’s bridges? Are they named such because the devil built them? Well actually these bridges are named like that because people believe that these bridges have a devil-related myth or folktale. One characteristic feature of devil’s bridges is that most of them are made of stone with distinct masonic arches. Many of them were built somewhere between 1000 and 1600 AD. 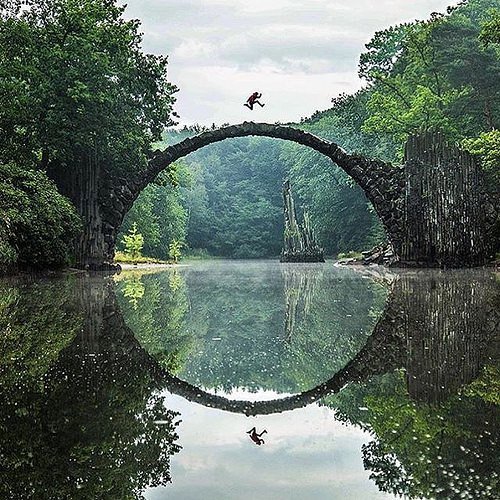 The Rakotzbrucke is designed in such a way that the arch represents 1/2 or the parabola of a perfect circle. As such, when the waters of the lake are calm and still, and the lighting is right, you can see a perfect circle formation! 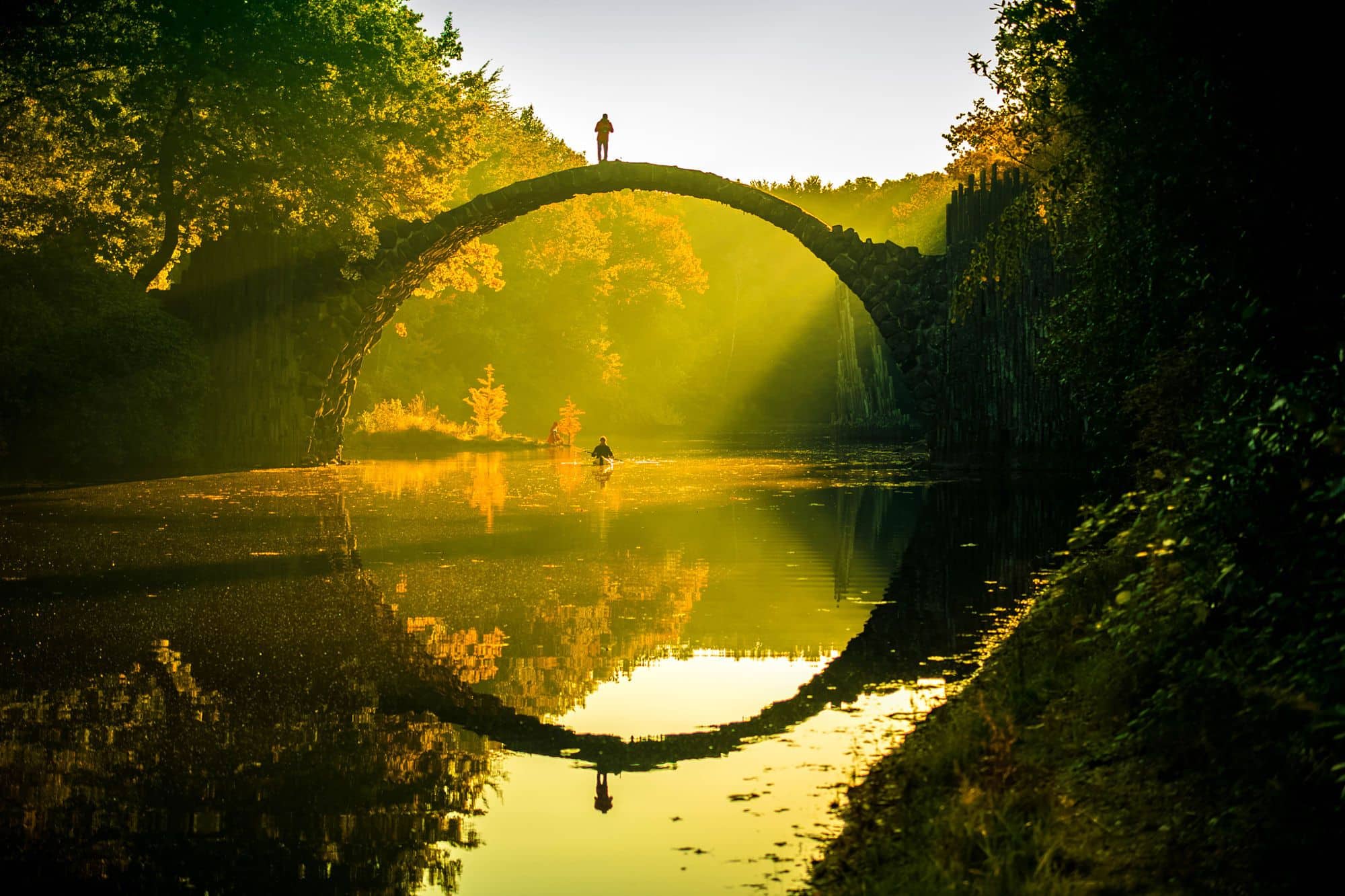 Aside from its reflection, the design itself of the Rakotzbrucke devil’s bridge is quite unique. It is a bridge that can only be walked into by the bravest hearts, or should I say – daredevils. As you can see, the bridge doesn’t have any railing for support.

A perfect balance is needed so you don’t fall into the water! And the stones decorating the sides? They are sharp and jagged so they’re quite terrifying!

Do you have the guts to cross this dangerously-beautiful bridge? 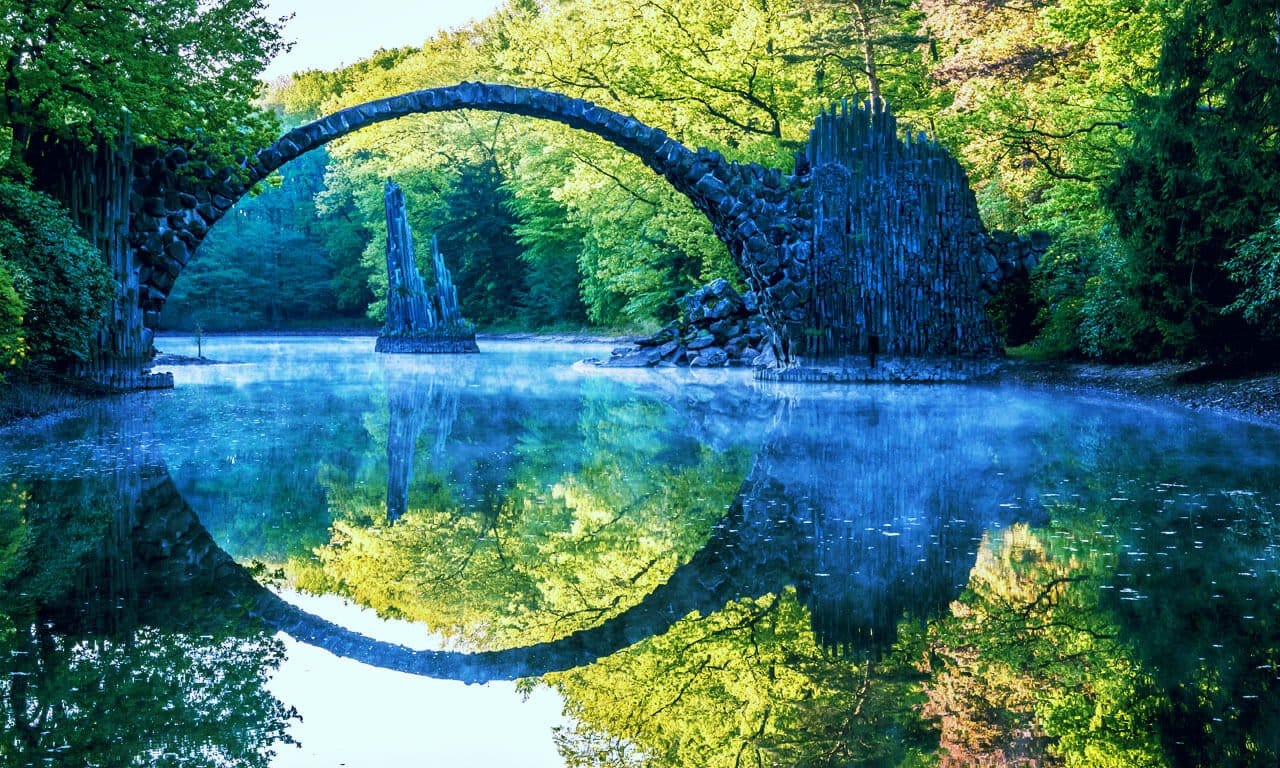 So now, what could be the devil-related stories and myth behind it? 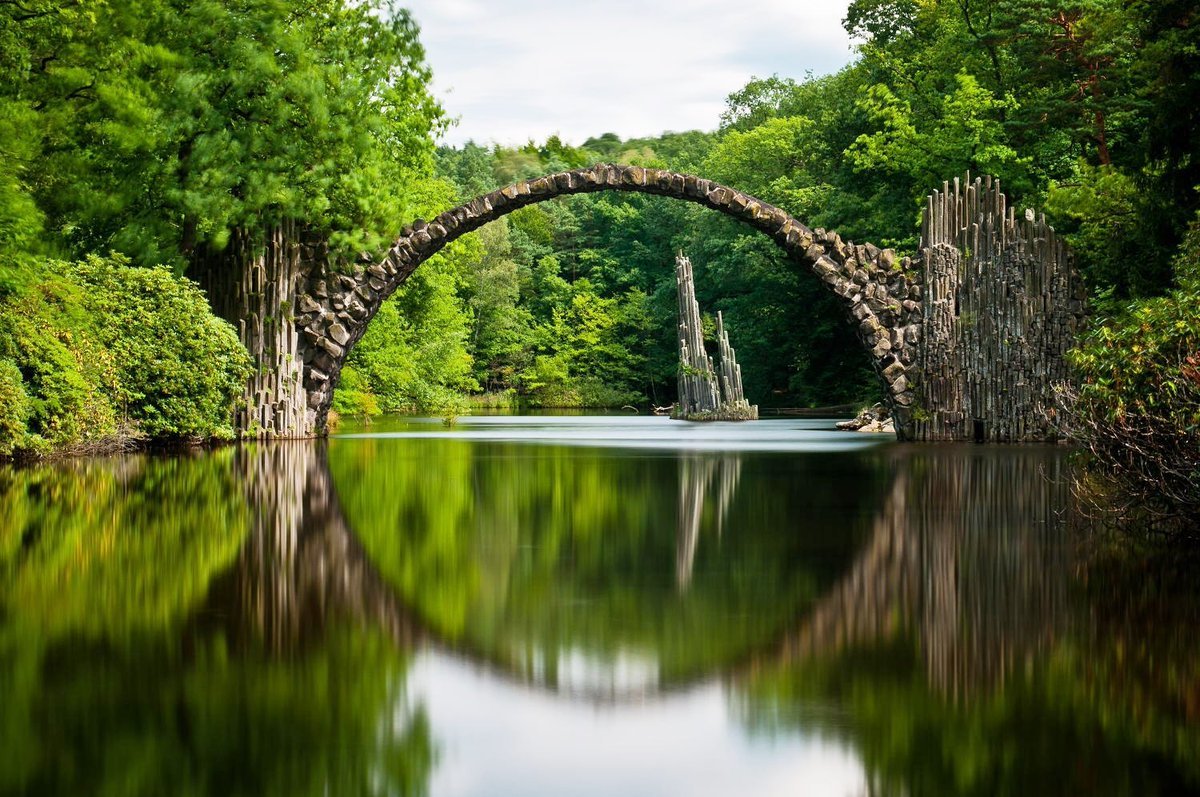 Legend said, an architect made a deal with the devil to build the perfect bridge. 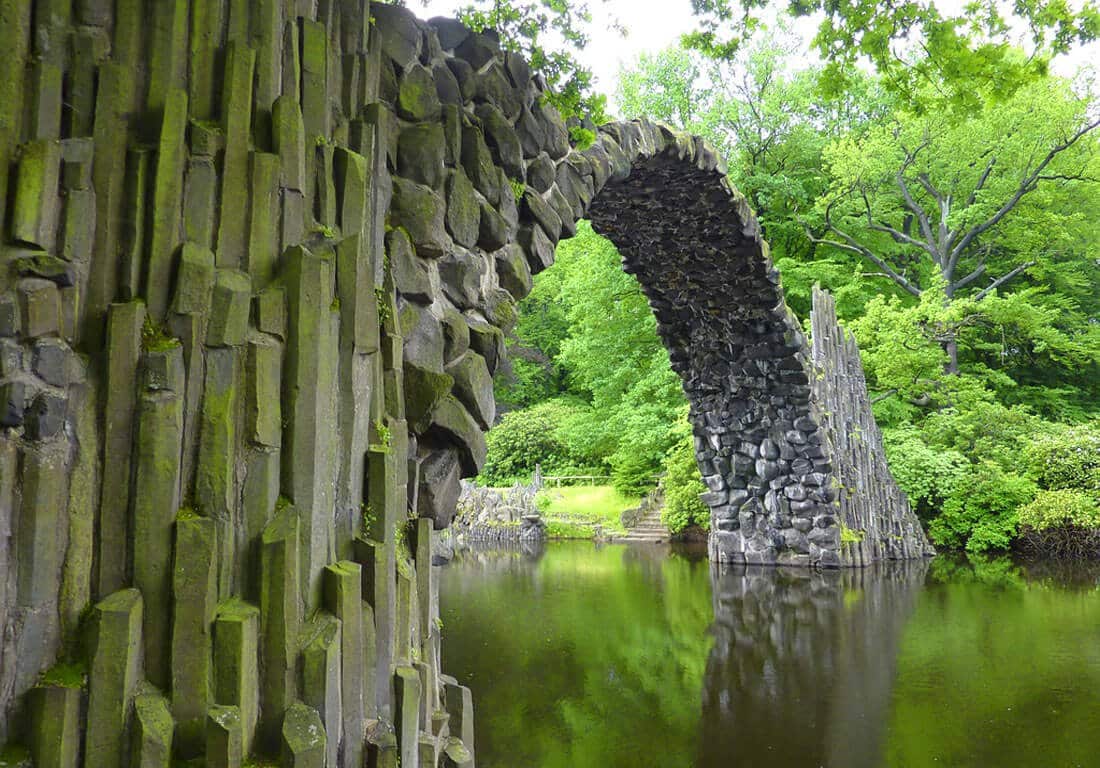 Some said, during full moon it becomes a portal to another world. 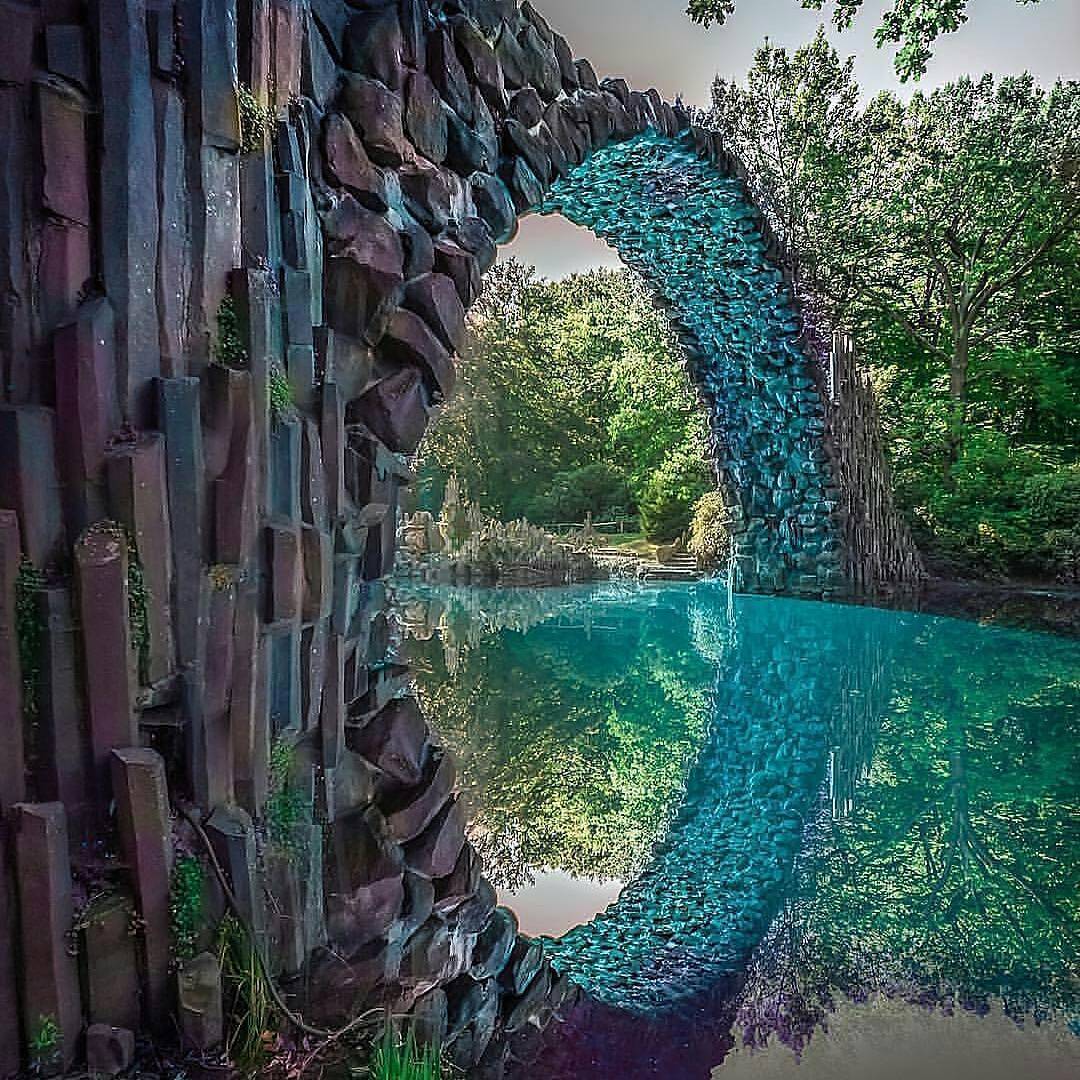 Other mysterious stories and urban legends say that if you sail across the bridge, entering the perfect circle on a full moon, you can enter another world. Also, some believe that doing so will open up mystic abilities such as clairvoyance or sixth sense.

Meanwhile, others say that crossing inside the perfect circle at full moon while looking sideways will allow you to see the reflection of the devil in the water, waiting for the next soul it will take…

So would you like to try sailing across it or cross over the bridge? 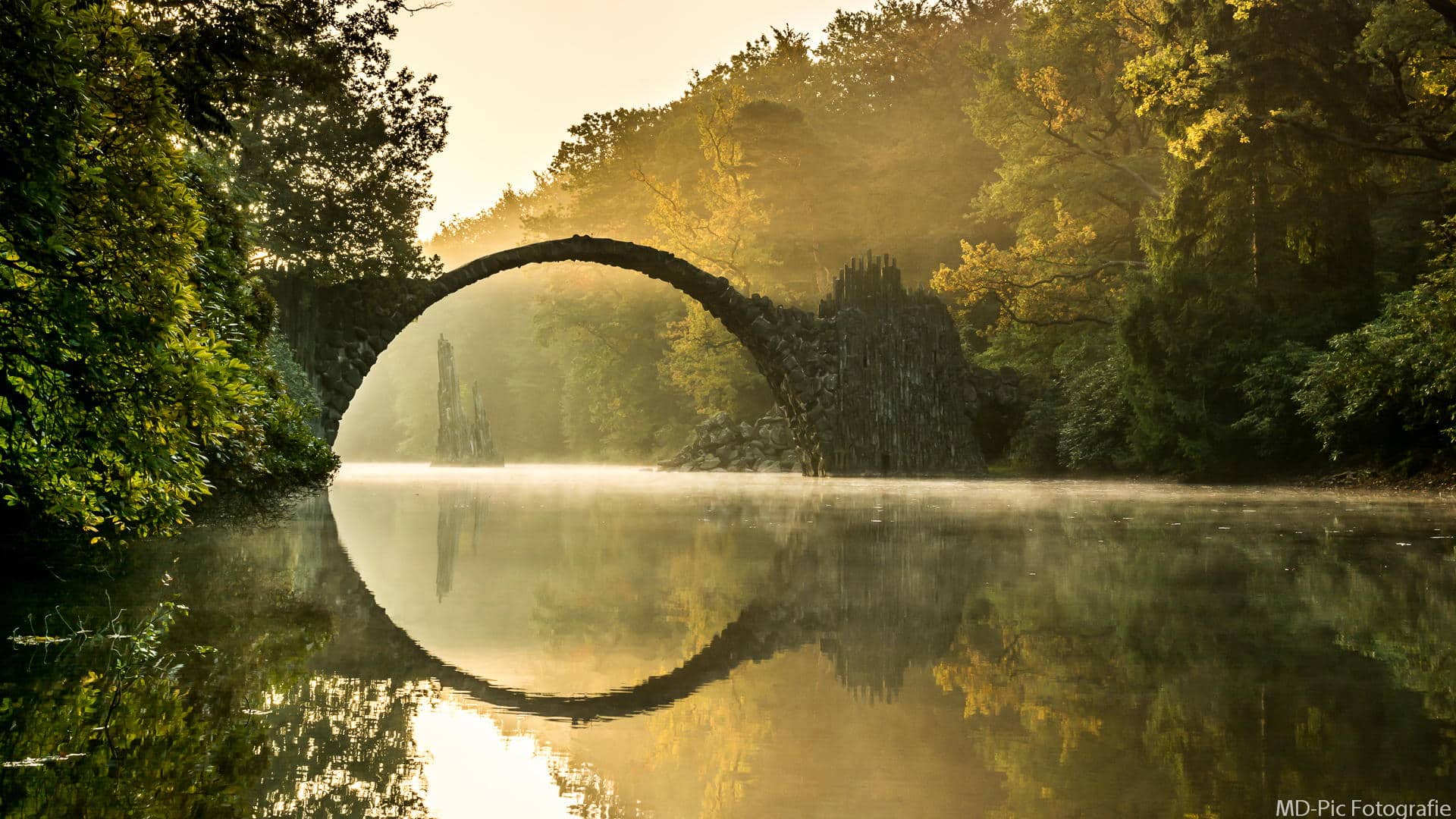