If you’re a pet owner, you know how painful it is to lose your beloved animal. It feels even worse when your beloved pet gets killed by a massive python.

Take it from this family from Pathum Thani, Thailand who recently lost their precious cat named Bobo. Much to their shock and surprise, they eventually discovered that a 17-ft python swallowed their poor ginger tabby.

Authorities were immediately alerted by the family. 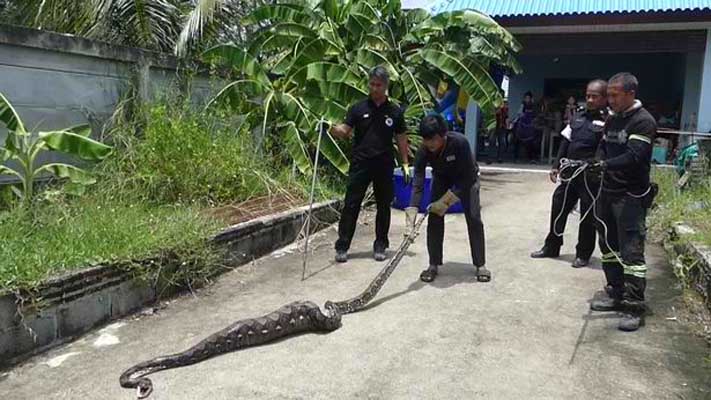 Apparently, the huge serpent slithered into the family’s home and then “curled up under the kitchen sink in a comfy place to digest the three-year-old cat – which weighed around 3kg,” reported Mirror.

Saowarak Charoen, who is 59 years of age, eventually spotted the bloated snake and so she decided to call the police from the Khu Bang Luang district.

Two police officers, three animal rescuers, and one reporter arrived at the scene.

The large snake, with its bulging stomach, was dragged outside of the family’s house. 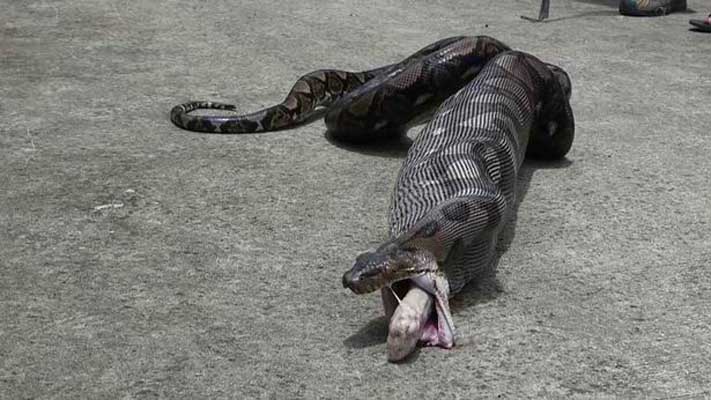 “There was a tail pointing out of it and I thought the snake was small, so I ran outside and called the police.

“When they arrived they said it was enormous. I was shocked.”

The serpent then began to spit the poor cat out. 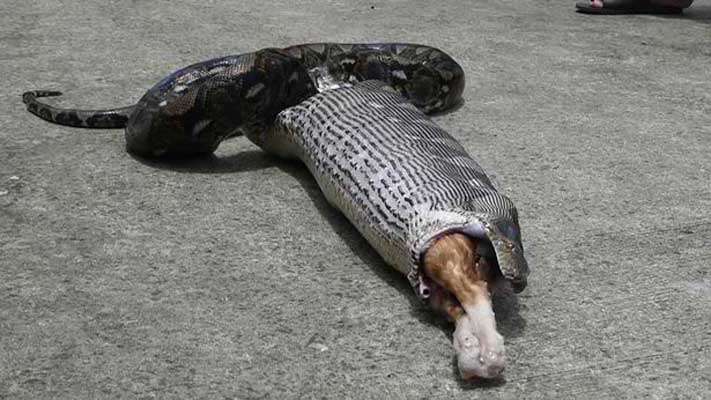 Needless to say, the owner is very much disturbed with what happened to her beloved pet. 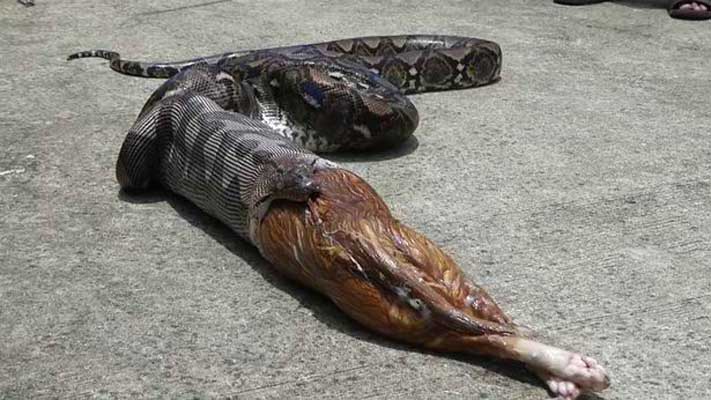 “I get upset every time I think about poor Bobo and how he died,” lamented Saowarak.

Saowarak with one of her other pet cats.

You can watch the video below but be warned: some viewers may find the footage distressing.

According to the wildlife officers, the python was measured to be more than five meters in length. They also said they released it back into the wild.