While there is nothing wrong with trying to be unpredictable in your photos, there are things that are just unacceptable, disrespectful, and illegal. However, Andreas Hvid did it anyway.

The Danish photographer shared a video featuring himself and an unidentified female climbing Egypt’s Great Pyramid of Giza, smoking, and then taking their clothes off. As if that’s not enough, he also posted a picture of them making love on top of the national treasure. 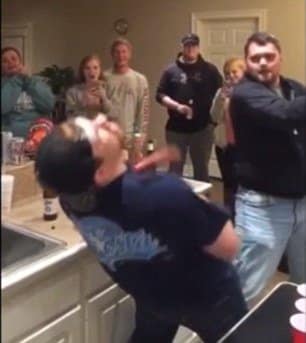 Along with the video, Andreas wrote:

“In late November 2018, a friend and I climbed the Great Pyramid of Giza (a.k.a. Pyramid of Khufu, Pyramid of Cheops).

Fearing to be spotted by the many guards, I did not film the several hours of sneaking around at the Giza Plateau, which lead up to the climb.”

People have commented on the video saying they thought it was “disrespectful and ignorant” towards local cultures.

“On behalf of historians and archaeologists everywhere, I hope you both end up in jail,” one person commented. “After thousands of years of evolution, some idiots have chosen to revert to an animal image that does not respect history or culture or those who welcomed them in their country,” another one said.

Andreas also posted a link to his website, which shows the explicit picture. Understandably, a lot of people, especially Egyptians, are furious over the couple’s nude photo shoot. 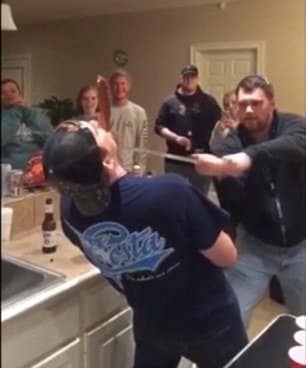 While tourists are allowed inside the Pyramids, they are limited to paths set out. Climbing the Pyramids outside the designated routes and paths is strictly prohibited.

Now, their idiotic act had prompted an international investigation. Prosecutors are likely to punish any officials deemed negligent in enabling them access.

However, Zahi Hawass, an archaeologist who is the former Egyptian Minister of Antiquities and former director general of Giza Plateau, said that it’s impossible to take this picture. Therefore it is a hoax.

“One hundred percent it is photoshopped. There is no way anyone can enter the Pyramids area at night. Those are not the stones of the big Pyramid. They’re too small.”

But Andreas insisted the video and the photo are genuine and say the backlash has saddened him.