When you think about pyramids, the first one that usually comes to mind are the pyramids at Giza. But even though they may be the most popular, they’re far from being the biggest pyramids ever made?

In reality, the largest pyramid was built by the Aztec empire. It’s called the Great Pyramid of Cholula in Puebla, Mexico. Its base is up to four times the size of Giza’s great pyramid, and nearly twice the volume. It’s also the largest monument ever constructed on Earth by any civilization, even to this day!

So if the Great Pyramid of Cholula is the largest, how come it isn’t as popular as the Egyptian one? The sad truth is that this giant structure is hidden beneath layers of dirt, making it look more like a mountain than a pyramid. In fact, its disguise as a mountain was so convincing that Spanish explorer Hernan Cortes built a church right on top of it.

Hernan Cortes had no idea he was building a church on top of an already existing place of worship. 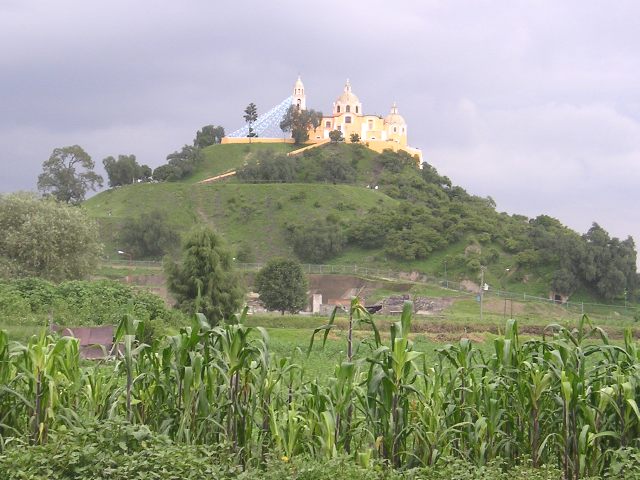 The Great Pyramid of Cholula is known as Tlachihualtepetl or “man-made mountain.” It’s thought to have been built around 300 BC by different communities to honor Quetzalcoatl, the maker of the boundary between the earth and sky, and a contributor to the creation of mankind.

Quetzalcoatl, the maker of the boundary between the earth and the sky. 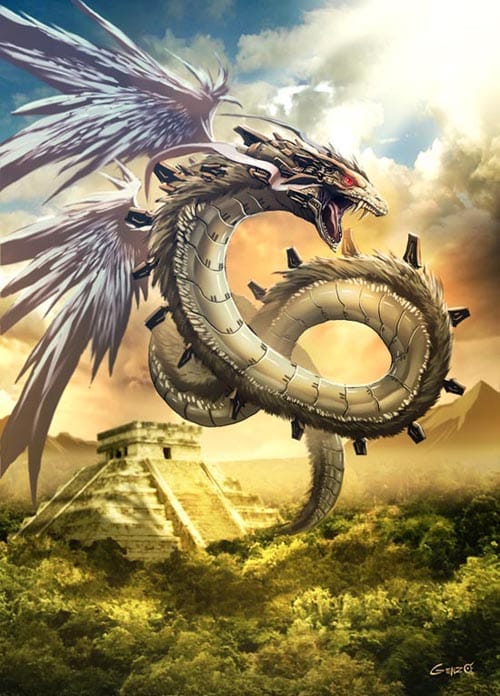 The Great Pyramid of Cholula was decorated with red, black, and yellow insects and used as a place of worship for 1,000 years before the ancient Aztecs moved to a new location nearby. As the pyramid is made of adobe and adorned with dead insects, it became a great place for greenery to grow.

The Pyramid of Cholula is made of adobe and adorned with insects, making it fertile ground for plants to grow. 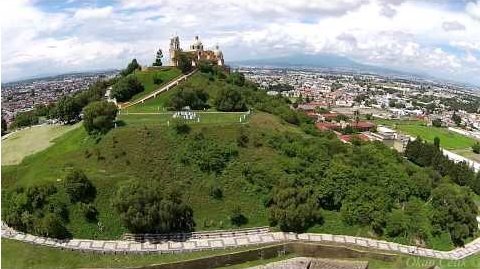 When Hernan Cortes and his men arrived in Cholula in 1519, they massacred around 3,000 people and destroyed many of their religious structures. The Great Pyramid of Cholula, however, was left untouched because it was never found. Instead, they built a church – La Iglesia de Nuestra Señora de Los Remedios (Our Lady of Remedies Church) – right on top of it!

It’s not entirely clear if the ancient Aztecs knew that the pyramid would be covered with greenery when they built it, but it was definitely one of the reasons it still survives today. Hopefully, archaeologists will soon learn more about the Great Pyramid of Cholula as more non-invasive tools continue to improve.