Heading out of the house, driving around with faulty lighting can mean danger. Not only is the driver at risk of accidents with busted lights, but he or she is also prone to being pulled over by a traffic officer for road safety violations.

Fortunately, some officers are considerate enough to let a minor violation slip. It is, however, pretty rare to find one who’s willing to go beyond his task to really ensure the safety of motorists. Chy-Niece Thacker is one lucky soul to have ran over such kind of traffic officer.

A police officer willingly went beyond his duties just to make sure a female driver is safe on the road. 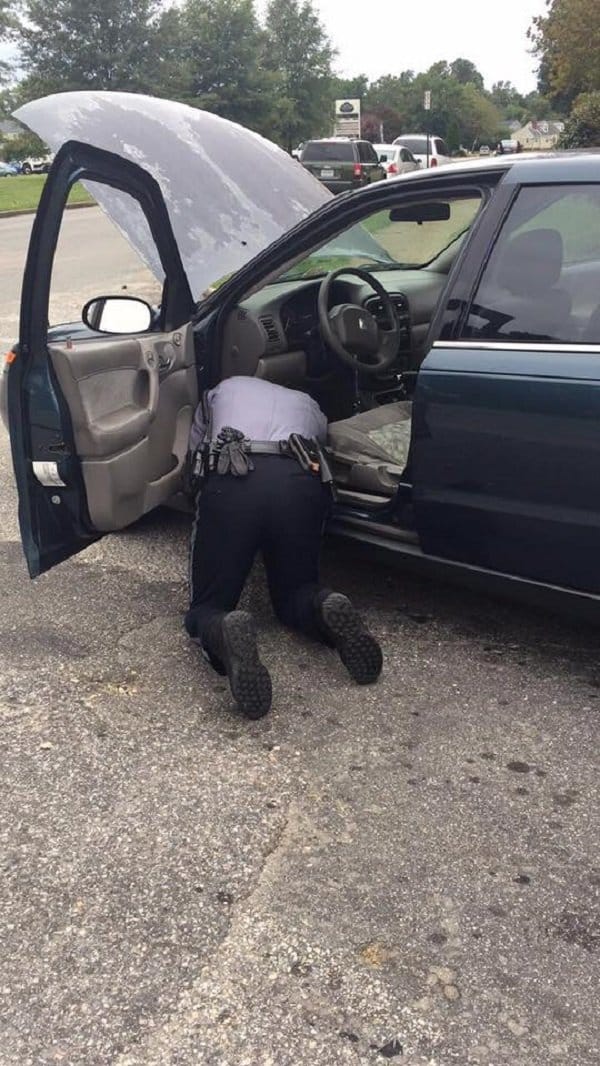 Chy-Niece was on her way to an interview when she was asked to pull over by Officer Jenkins. Unaware of what violation she might have had, she nervously reached for her license and registration to surrender to the officer. However, she was surprised when Officer Jenkins did not issue her with a ticket, but rather gave a warning on a flaw she might have failed to notice.

Officer Jenkins reportedly warned her about her busted brake lights. The woman was then confused as she just had her lights replaced around a month prior the incident. Chy-Niece told the officer that she checked in her car at Firestone which tried to charge her $600 just for a car wiring test.

According to Shareably, upon hearing Chy-Niece’s story, Jenkins grew concerned and asked her to open her trunk. He then started to tap each of the lights to see if he could get them to turn on.

Officer Jenkins checked Chy-Nieces brake lights which saved her not just from possible accident but also from spending another $600 for repair. 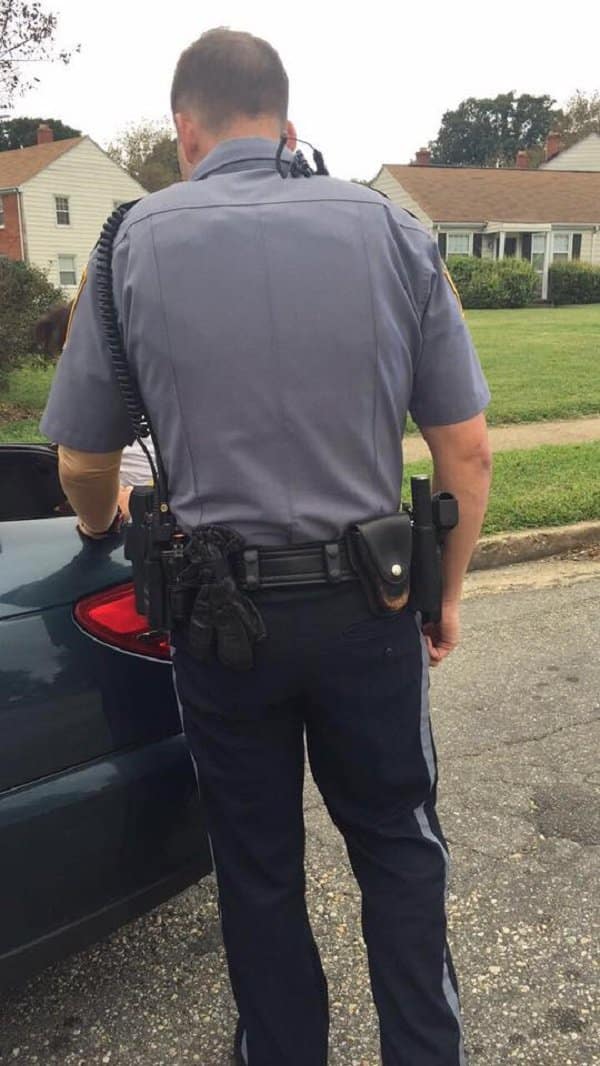 Chy-Niece was truly touched by the officer’s efforts who was then unaware that he was being filmed doing his act of kindness. For making sure that she continues on her trip safely, Chy-Niece then brought to social media to share about the heart-warming experience and to thank Jenkins at the same time.

A part of Chy-Niece’s Facebook post clearly states how grateful she is to meet a kind officer, writing:

The post quickly went viral and the Henrico County Police couldn’t thank her enough for her tribute to their officer. The station shared her post, writing:

“Thank you Chy-Niece Thacker for sharing this about one of our officers… We are so proud of our officers, especially when we see citizens share things like this. Above and beyond the call of duty, Officer Jenkins. Service to our community is what it’s all about.”