Kung fu masters are known to possess amazing physical skills and unbelievable mental toughness. With their power and tenacity, they surely are incredible people who have wowed the world time and again. Recently, a video of a young Shaolin monk has been making the rounds online due to yet another show of an epic skill: piercing his head using an electric drill.

Hailing from China, Zhao Rui is a 24-year old man who has been fascinated with Kung fu ever since he was a kid. He ran away from home when he was 16 to join a Shaolin temple. He learned so many things including Kung fu techniques from different masters. He has been a local celebrity in his hometown of Mianzhu since then.

Now a master himself, he showcased in his latest video several skills he has mastered after years of training. Aside from putting an electric drill against his head without fracturing it, he showed that he can also bend an iron bar using his throat, and lie on sharp metal spears while bricks are being chopped on his back.

Zhao Rui showcased the skills he has mastered after years of training Kung Fu. 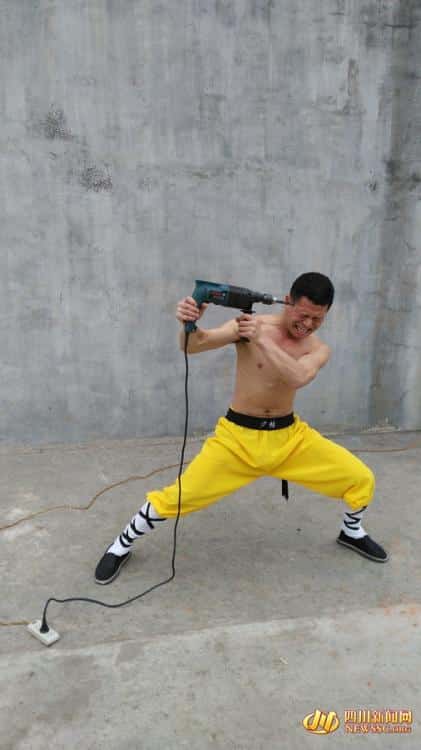 A man piercing Zhao’s head with an electric drill. 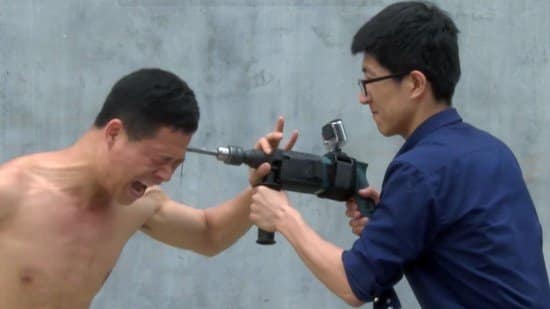 He said that the process of being a master was not smooth-sailing. He had his fair share of injuries, specifically while training for the electric drill stunt. “It was pretty painful but I got better and I learned from the experience and now I can practice pretty often without any problems,” he said. Now, he can hold the drill on his head for 10 seconds, with just a small scratch.

“I believe in making my body super tough,” he said. “Believe it or not, I used to be quite nervous as a youngster but now that I can break stones with my head I have found that it has given me lots of self-confidence.”

He seems in pain but the eagerness to pull it through is remarkable! 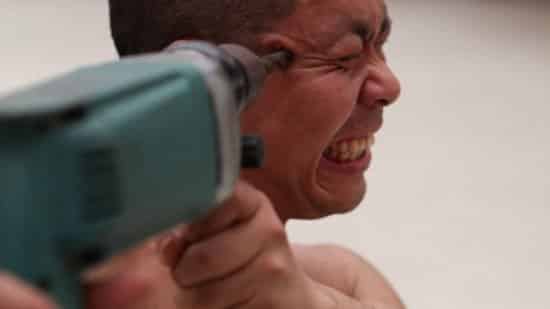 What do you think of Zhao’s super abilities? Let us know in the comment box below and share this post to your family and friends too!