From afar, it looks like a spaceship has landed on the foot of a glacier in the Arctic circle. Up close, it’s actually a hotel – its stunning circular shape makes an impressive sight on the dark and imposing backdrop.

What makes it even more impressive is its energy-positive structure. Svart is a concept created by award-winning Norwegian architects Snøhetta, in collaboration with Asplan Viak and Skanska and the team at Arctic Adventures of Norway.

The circular shape of the hotel was inspired by traditional Norwegian fishing equipment. 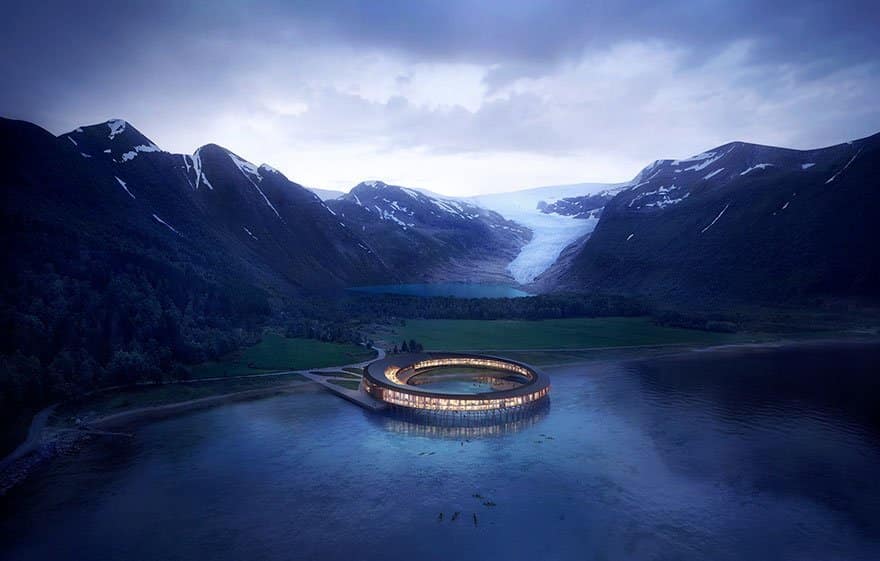 It features a minimalist design with emphasis on natural wood. The rooms radiate warmth and coziness, drawing inspiration from the inviting campfires and humble homes of local fishermen.

The hotel’s structure is supported by weather-resistant wooden poles that go beyond several meters below of the surface of the fjord. 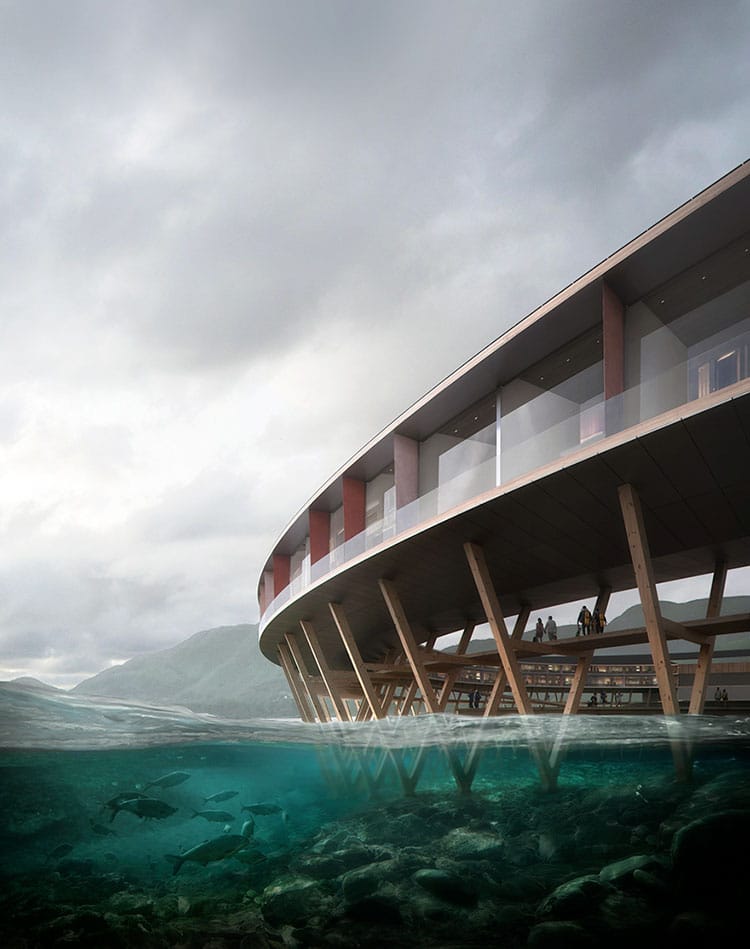 Because of the way it was built, the building makes only a minimal footprint on the natural environment surrounding it.

Svart will have the most amazing views of the fjords and glaciers around it and will look almost transparent from the outside. 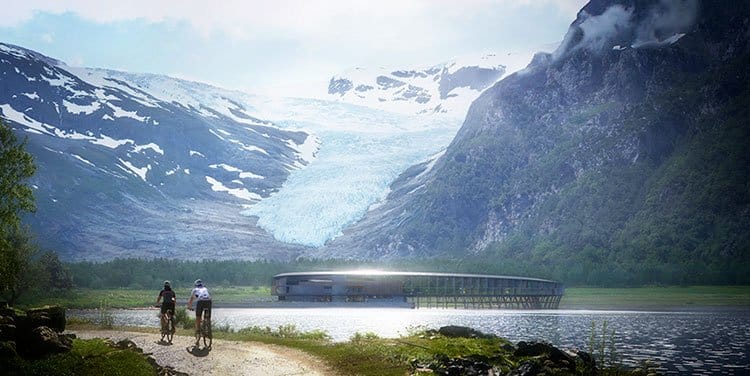 “This will be the world’s most environmentally friendly hotel,” says lead architect Zenul Khan.

The hotel is designed to be able to lessen its energy consumption by 85% compared to the typical hotel. 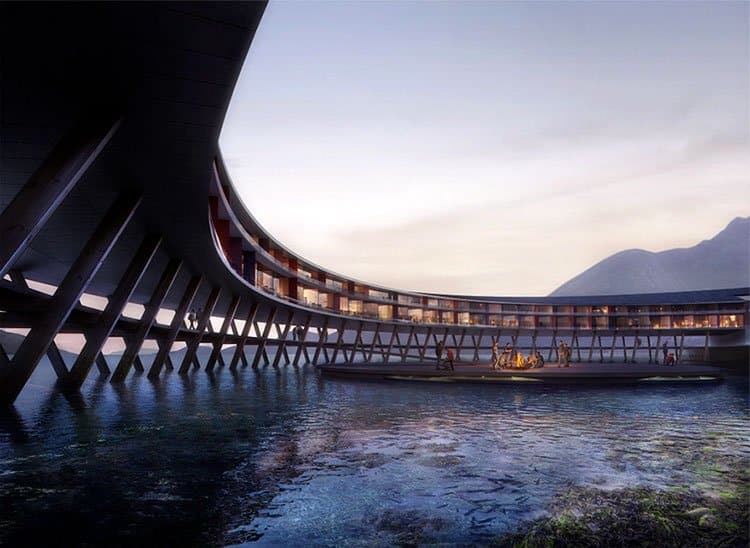 It will feature facilities and tech that will allow it to produce its own energy.

“The hotel’s roof is clad with Norwegian solar panels produced with clean hydro energy reducing the carbon footprint even further. Due to the long summer nights of this area, the annual production of solar energy will be significant.”

“Secluded terraces provide a shadow play in the façade of the hotel while also ensuring privacy. The facades protect against insolation from the sun in the summer when the sun is high in the sky, removing the need for artificial cooling. During the winter months, when the sun is low in the sky, the large windows of the façade allows for a maximum of insolation to exploit the Sun’s natural thermal energy. Materials with low embodied energy have been used to reach the Powerhouse standard.”

Construction of the Svart has already commenced and they are targeting a 2021 opening for the public. That is, if all goes according to plan and that funds and the weather will not become a problem.