There’s something fun about driving around during Halloween. It may just be the kid in me but I always love checking out the outdoor displays of our neighbors and nearby establishments. The displays often range from simple to elaborate, with some settling for traditional pumpkins while others go for something that obviously takes up a lot of time and requires so much creativity.

Whoever came up with the concept of this one obviously wanted to make something that would stand out among the rest. In fact the display looks so freaking scary that the neighbors were disturbed enough to file a complaint against it to the city government.

Both kids and adults were shocked by the Barrett family’s terrifying Halloween display. 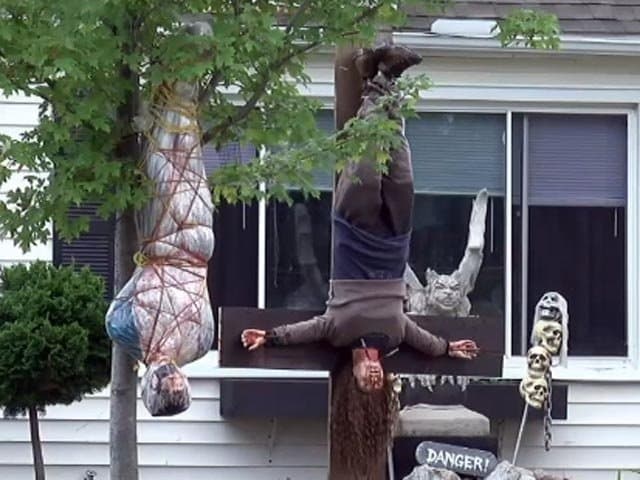 The realistic-looking display of Barrett family has caused a controversy among concerned parents, especially because their home is near an elementary school in Parma, Ohio.

In an interview, an unnamed little girl said:

“I felt scared because I thought they were real people.”

“You take a double take because it is a very realistic display. Almost horrified that somebody would think that it’s okay to put it that close to an elementary school.”

“We don’t want to scare kids.” 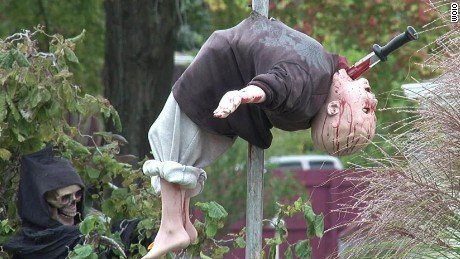 Homeowner Vicki Barrett, on the other hand, defended they didn’t know the display would attract so much negative attention. She said:

“We don’t want to scare kids. We just want to do the Halloween fun of it but definitely no ill intent.”

Barrett pointed out that they would have “toned it down” a bit more if they knew the display would scare little children.

What do you think about this Halloween display? Does it scare you? Do you think it really should be taken down or not? Tell us in the comment section below!

Mom Discovers A Disturbing Picture Hidden In Her Daughter’s Toy 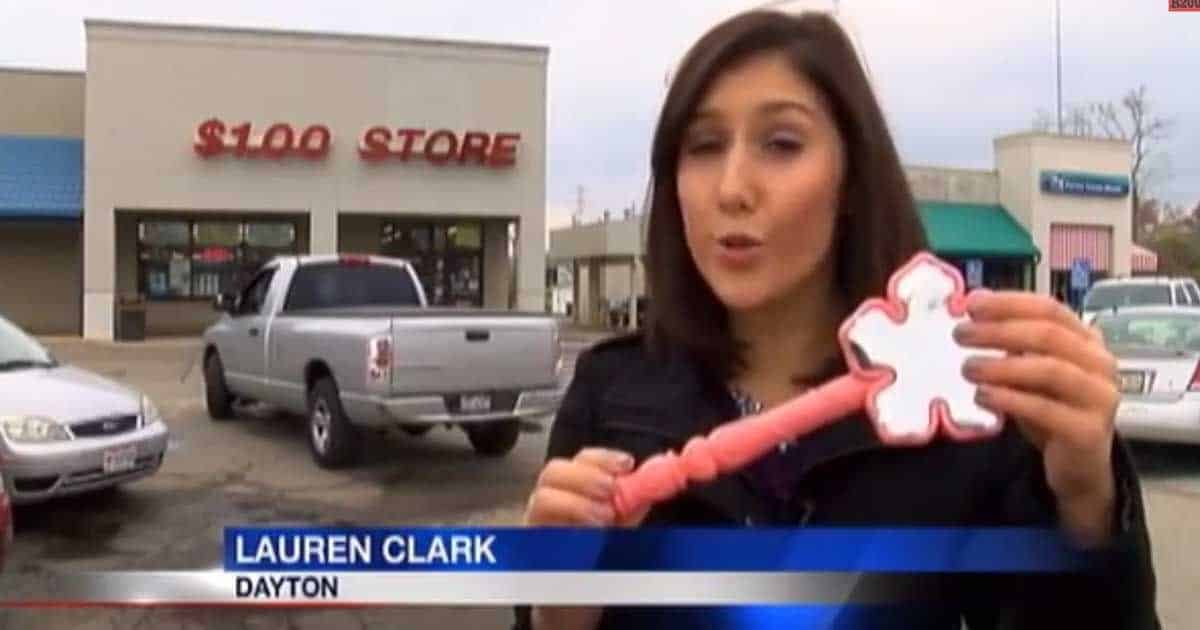