A family vacationing in Rapid City, South Dakota took a bus trip through its scenic Needles Highway, and got the fright of their lives as their charter bus traversed a narrow, claustrophobic tunnel cutting through the sheer granite rock.

And their driver never blinked an eye! 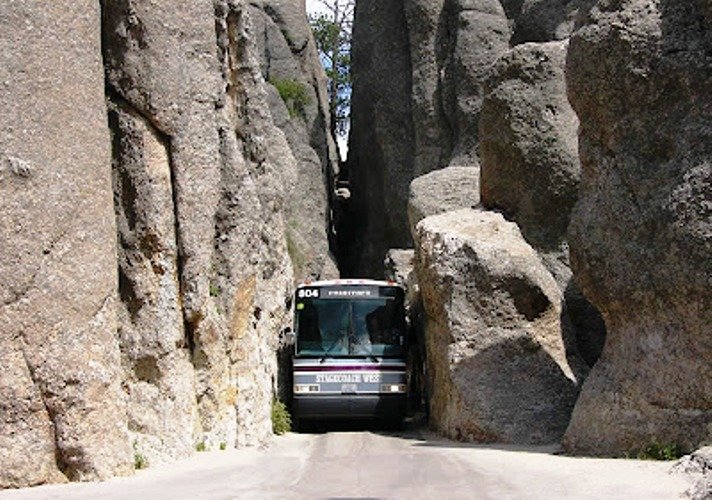 Passing through the 14-mile Needles Highway that goes through Custer State Park with its free-roaming bison, elk, mule deer, bighorn sheep and mountain lions, he and his family had quite a start as their bus rolled through the Needles Eye Tunnel, just next to Rollins Pass Summit.

Can you feel the walls closing down? 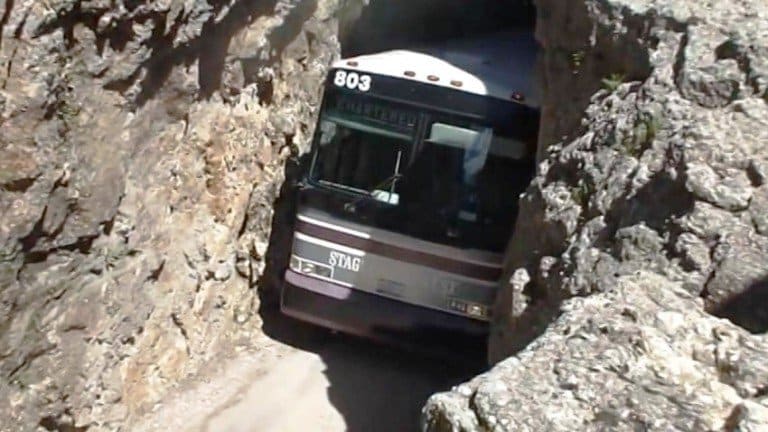 Aptly named Needles because of the sharp granite rock sticking out in various places in the tunnel, fortnighte, his family, and the rest of the charter bus passengers held their collective breath as their bus passed through the dangerously tight and breathtakingly narrow hole without their driver missing a beat.

Apparently, the narrow passing is a great point of interest for many tourists… 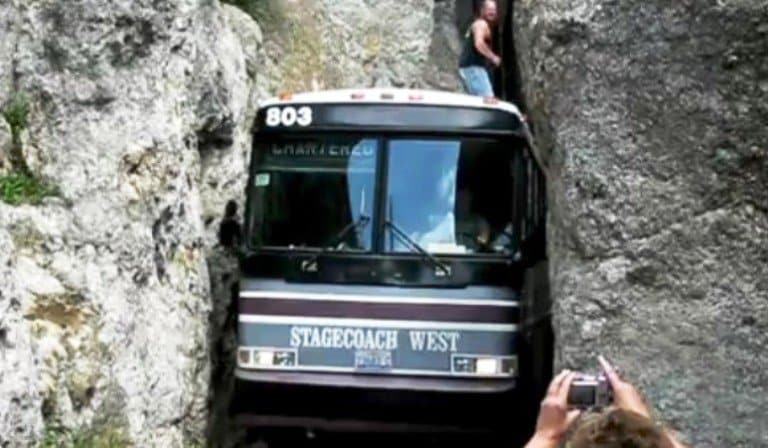 …like that extremely curious bald man on top of the bus intent on examining the bus driver’s navigation technique, and another sightseer documenting the whole thing on camera.

According to fortnighte, to this day he remains convinced their bus driver has “balls of steel” to navigate the slender aperture cut into the sheer stone without so much as a granite “needle” scratching the bus.

The infamous tunnel’s eye was formed from hundreds of years of erosion from rain, ice, and wind, and is normally closed in the winter due to accumulated snow.

During the three other seasons, however, it makes for a daring drive into its slender depths, and sometimes tourists will see the 120-year-old gravel path tunnel lined with wire mesh to protect motorists from falling rock. A danger which doesn’t appear to keep out ballsy tour bus drivers from going through the thin and tapering burrow despite missing its granite-sharp walls by a hair’s breadth everyday.

Fortunately, despite the closed-in feeling of passing through a literal “eye of the needle,” fortnighte and his family made it out in one piece, and thanks to their intrepid bus driver, lived to tell the tale…

…as evidenced by this video:

Would you dare go through the Needles Eye Tunnel? 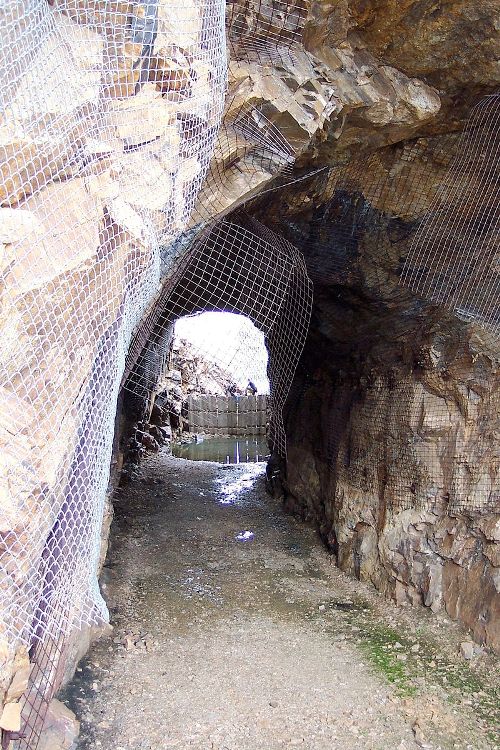